The rain struck during peak hours just when office-goers were returning home. Commuters were stuck in bumper-to-bumper traffic as roads were flooded and trees fell.

Bengaluru: Heavy rains on Monday evening came as a relief to Bengalureans, bringing down the temperature, but it also brought several pockets of the city to a complete standstill. Power supply was hit and traffic was thrown out of gear in many areas across the city.

The city recorded 12.6 mm of rainfall, while the HAL Airport 15 mm. The speed of wind was approximately 6 km/hour, said Met Department officials. Indiranagar and Koramangala were the worst affected as heavy rains lashed and gusty winds brought down trees.

“The BBMP call centre said that over 50 trees fell and over 15 trees got uprooted. Trees and branches fell in Basavanagudi, HSR Layout, Vyalikaval, Nagarabhavi, Kadugodi, Bommanahalli, Singasandra and other areas. Water logging on roads was reported from Domlur near Embassy, Malagala under the Rajarajeshwari Nagar constituency and Nagarbhavi on Outer Ring Road. 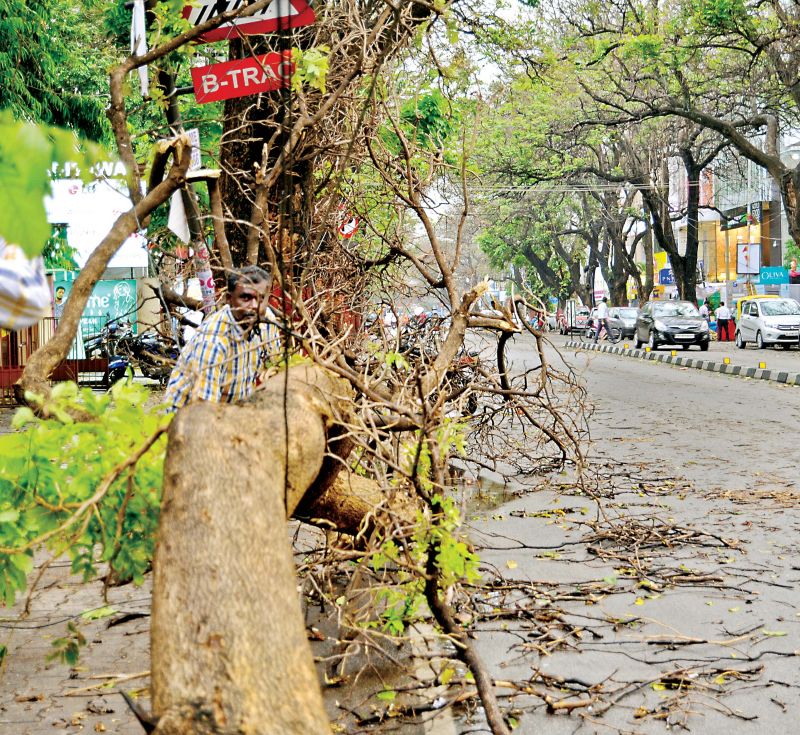 As always, traffic was a nightmare...
Heavy rains, accompanied by gusty winds, lashed the city on Monday evening throwing traffic out of gear in south, south-east and south-west parts of the city. The rain struck during peak hours just when office-goers were returning home. Commuters were stuck in bumper-to-bumper traffic as roads were flooded and trees fell. Traffic police had a tough time clearing the, and the situation returned to normal only around 8 pm. 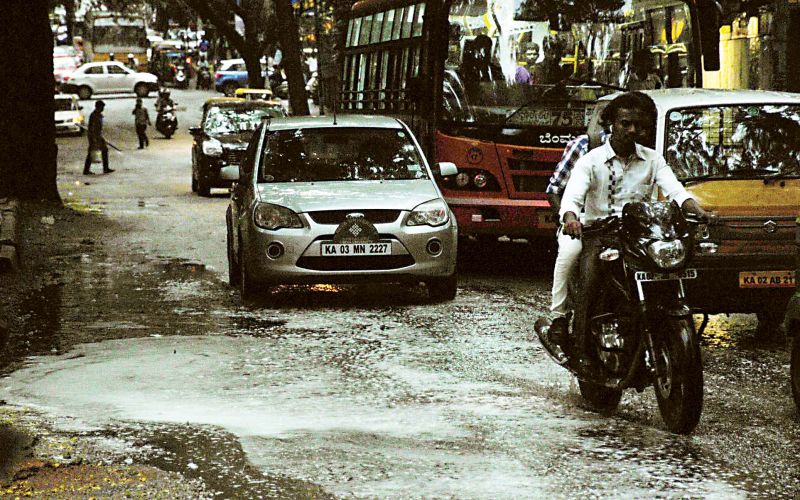 Water logging on roads was reported from Domlur near Embassy, Malagala under the Rajarajeshwari Nagar constituency and Nagarbhavi on Outer Ring Road.

“I have been waiting to cross the stretch between Silk Board Junction and Jayadeva Hospital for the last one hour and my car has moved just a few metres. I don’t know how long it will take for traffic jam to clear,” said Iqbal, an employee with a private firm. 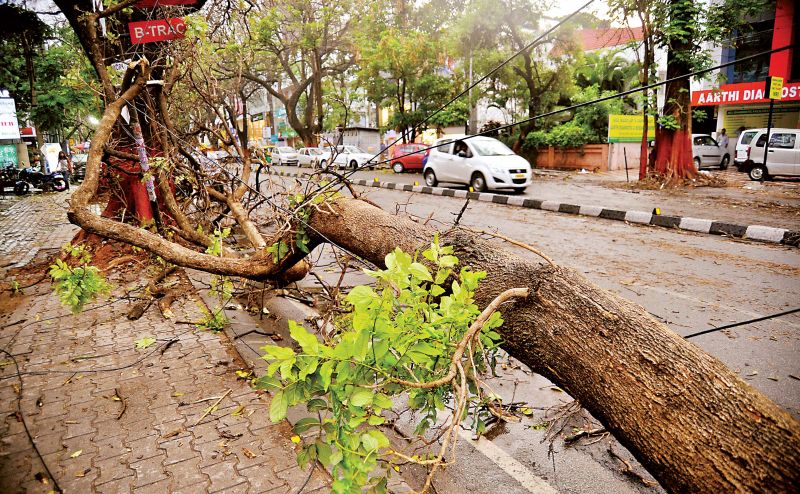 Traffic police had a tough time clearing, and the situation returned to normal only around 8 pm.

Many people took to the official page of the Bengaluru Traffic Police on Facebook and vented their frustration. They also reported about fallen trees and alerted others about traffic jams. “Half an hour of rain and flooding everywhere, because drains have been closed and built over. We have to suffer the consequences,” commented Hemalata Rao on Facebook.

Expect rain on tuesday too
Rains on Monday were part of pre-monsoon showers, said Mr Sundar M. Metri, head of Meteorological Centre, Bengaluru. “Due to the trough formation running from North Telangana towards Konkan Coast across south-interior Karnataka, rain is expected on Tuesday too,” he said.