The year 2009 possibly holds memories for everyone, some good and some bad. But for the  victims of the vicious attack at Mangaluru’s Amnesia Pub by hoodlums, the pseudo uttam-purush of the Sri Rama Sene, the memories can only hold pain, humiliation and anger. Seeing themselves as keepers of morality, these men pushed young men and women out of the pub, dragged the women by their hair, and punched and abused them using obscene, offensive and filthy language.

Imagine what each of these individuals must have suffered and their indignation at the court verdict acquitting the criminals for want of evidence. Radical groups cutting across religious lines seem to be in competition to preserve orthodoxy and rigid customs for women. Such attacks are intended to send a wider message on moral standards as understood by these control freaks, who are trying to establish a firm grip on society. There is a method behind this militant objective to teach women lessons in morality.

Often such groups have the tacit support of political groups and the absence of laws for victim and witness protection in India is proving  a deterrent to getting justice.

We are the Republic of India, where the state has the duty to intervene and redress  complaints about  denial of equality or violation of Constitutional privileges. While all the Articles of our Constitution  safeguard women and promote equality,  India is also a signatory to CEDAW or the Convention on the Elimination of Discrimination Against Women. Women have as much right to the city as anyone else. They have the right to access public spaces at any time of the day and night and it is the duty of the state to ensure this right is not violated. Justice for a victim may be seeing the criminal put behind bars and receiving compensation for a loss, but the goal of justice is to make the  person, who survived a crime, feel equal again. Equality is an important component of justice and women expect the courts to follow a reasonable process to fairly and impartially give an even-handed verdict. 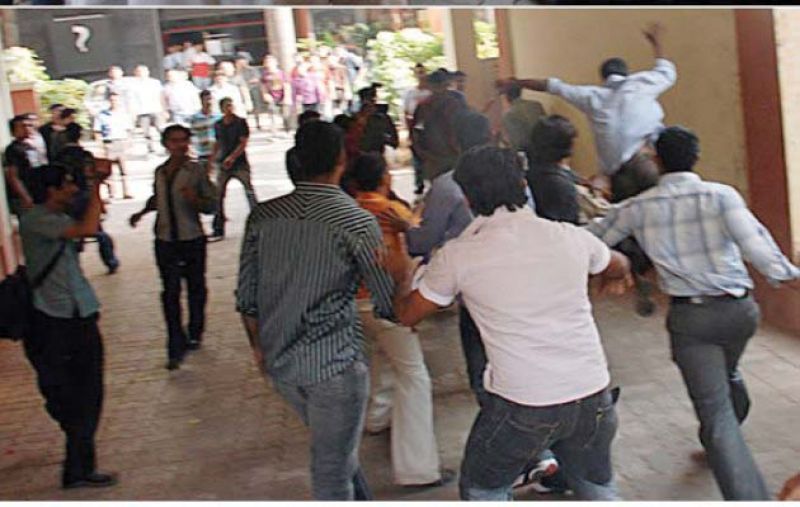 Talking of equality, women suffer more not because there are fewer laws to uphold their rights but because the concept of gender equality is not yet understood from a rights perspective by any of the structures of the criminal justice system. Also, neither laws nor law enforcement evoke  any fear in the culprits. There is such laxity in the criminal justice system that the fear of law and punishment as a deterrent is almost negligible. Courts too often turn a blind eye to the lapses  of the state agencies responsible for ensuring the safety and protection of women and absolve them of their implicit connivance in the  crime.

Swift and stringent penal action is unheard of  and women are conditioned to carrying the burden of resisting violence, suffering  indignity as a result of “being provocative” and  proving that they are without blemish for the culprit to be chastised and reprimanded.

What is required instead is for  all resources at the disposal of the government and the criminal justice system to be employed to suitably punish the perpetrators of crimes against women. The Karnataka government’s decision to appeal against the verdict in the Mangaluru case provides a glimmer of hope, but the nine years of trauma that the victims have undergone does not easily provide grounds for confidence or optimism.

Political, bureaucratic and judicial commitment is required to improve coordination  among the police, prosecution, judiciary and bureaucracy to build a safe environment for women, who form almost half the population. Currently, women negotiate their own safety, taking risks to assert their freedom and rights. There are so many instances of young women taking to the streets to break barriers of patriarchy and misogyny. How dare the so-called keepers of morality attempt to silence women? Our city and state cannot become yet another example of the increasing number of harassment cases in India, which remain unresolved.

How many more victims will it take for the state and  society to hold the perpetrators accountable instead of  telling  women to take precautions? It's time men and women learnt to co-exist with mutual respect.  As Mary Shelly aptly put it, "I do not wish women to have power over men; but over themselves."