Harish Salve who is representing India and Jadhav said it is an egregious violation of the Vienna Convention. (Photo: ANI | Twitter)

Timeline of the hearing:

05:27 pm: Proceedings adjourned in the International Court of Justice for Tuesday.

05:26 pm: "India submits that military courts of Pakistan can't command the confidence of this court and shouldn't be sanctify by a direction to them to review and re-consider the case. India seeks annulment of Jadhav's conviction and directions that he be released forthwith," Salve added.

05:25 pm: Continuing his argument, Salve said, “India invites court to restrain Pak from acting on conviction on ground that it was secured by means which was in violation of Article 36 of Vienna Convention and in the present case, relief of review and re-consideration would be highly inadequate, considering facts and circumstances.”

05:20 pm: “Pakistan's conduct doesn't inspire confidence that Jadhav can get justice there. Pakistan has in custody an Indian National who has been publicly portrayed to be a terrorist and Indian agent creating unrest in Balochistan. Pakistan used Jadhav to build a narrative against India,” Salve said.

05:10 pm: Salve said, "I would invite this court to keep in mind the relief to be granted in the backdrop of the fact that his trial has been conducted by a military court." 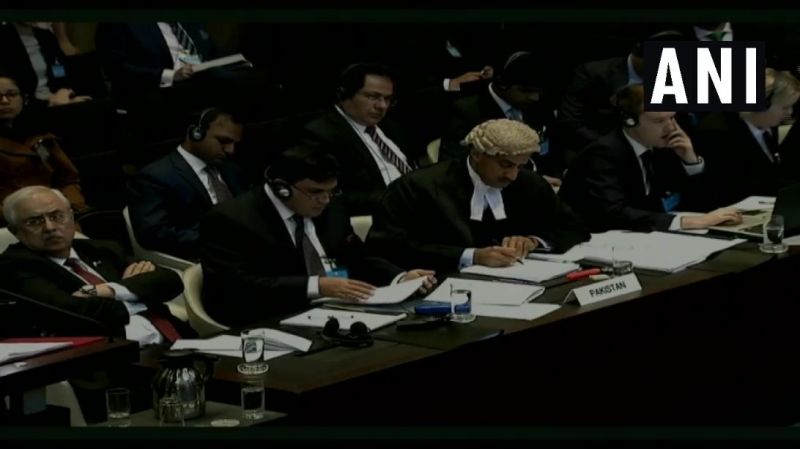 04:45 pm: "If Article 36 grants rights of consular access in all cases including where allegations of such kind are leveled, then demanding those can't be an abuse of those rights," Salve said.

04:10 pm: Jadhav's trial by military court hopelessly fails to satisfy even minimum standards of due process & should be declared "unlawful": Salve.

03:50 pm: Salve said, “Pakistan should've provided a substantial explanation for why it needed 3 months for providing consular access, upon which it could've claimed that it has complied with treaty obligation. Even on erroneous premise that para 4 applies, Pakistan hasn't complied treaty obligations.”

03:45 pm: Pakistan did not provide credible evidence and failed to disclose specific offences in the Jadhav case, says Salve at the ICJ.

03:40 pm: Article 36 of Vienna Convention requires that a country must be informed about the detention of its citizens but Pakistan didn’t inform India on Kulbhushan Jadhav’s “arrest”, said India’s Harish Salve at UN court.

According to Article 36 of the Vienna Convention, consular access must be given before the trial is over. India wasn’t granted consular access in the Kulbhushan Jadhav case even though India made multiple requests, said Harish Salve.

03:33 pm: Salve continued his arguments and said, “Pakistan offered to allow Jadhav's family to visit him, the terms were agreed and the meeting was held on 25th December, 2017. India was dismayed at the manner the meeting with Jadhav's family was conducted & wrote a letter on 27 December marking its protest.” 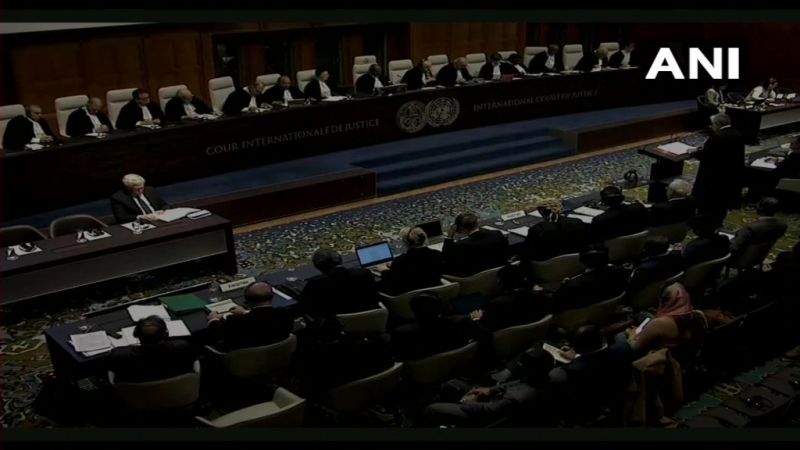 03:25 pm: Presenting India’s case, Harish Salve said, “On 19th June, 2017, India responded to the request for assistance in investigation and pointed that not only Jadhav had been denied consular access but no credible evidence have been provided by Pakistan to show his involvement in any act of terrorism and his (Jadhav's) purported confession clearly appears to be coaxed."

03:10 pm: “On 30th March 2016, India reminded Pakistan of its request of consular access (for Jadhav) and received no reply. 13 reminders were sent by India on various dates,” Salve said.

03:05 pm: Salve said, “There is no manner of doubt that Pakistan was using this as a propaganda tool. Pakistan was bound to grant consular access without delay.”

02:55 pm: Harish Salve who is representing India and Jadhav said it is an egregious violation of the Vienna Convention.

India moved the ICJ in May in 2017 against the "farcical trial" by the military court of Pakistan against 48-year-old Jadhav.

Jadhav, a retired Indian Navy officer, was sentenced to death by a Pakistani military court on charges of espionage and terrorism in April 2017.

The ICJ has set a timetable for the public hearing in the high-profile case from Febraury 18 to 21 at the Peace Palace in The Hague, the Netherlands.

Health official says no shortage of medicines in AP