One killed in Vijayawada as cyclone ‘Phethai’ barrels through coastal Andhra

Train and air services were also disrupted because of the cyclone.

East Godavari district bore the brunt of the storm as it made landfall near Katrenikona in the afternoon, forcing evacuation of 20,000 people, who have been sheltered in relief camps.

Howling winds that gusted up to 85-90 kmph uprooted electric poles and trees in Katrenikona, Tallarevu and Malkipuram in East Godavari, disrupting power supply.

No casualties were, however, reported.

A man named R Durga Rao aged 28 was killed when a loosened soil hurtled down a hillock following heavy rains in Vijayawada city, according to sources in the state's Disaster Management Authority.

Krishna district Collector B Lakshmi Kantham announced an immediate relief of Rs 50,000 to the deceased's family. 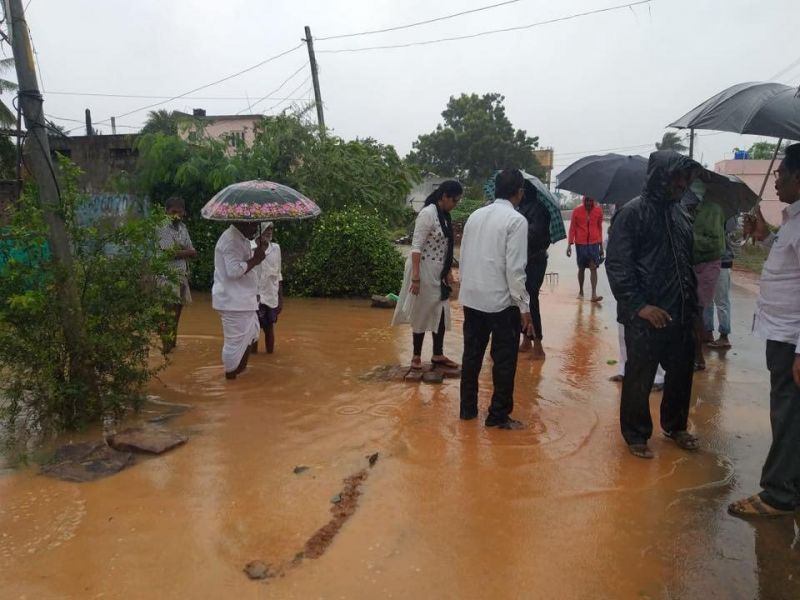 The Real-Time Governance Centre (RTGS) at the state secretariat said 'Phethai' weakened into a cyclone after making landfall. It moved towards Kakinada, hitting the town with downpour, before rolling towards Visakhapatnam district, officials said.

Chief Executive Officer of the RTGS Babu Ahamed said precautionary steps taken by the authorities had minimised damage to life and property. He said trees were uprooted in some 20 places and rescue teams had cleared the debris in 15. 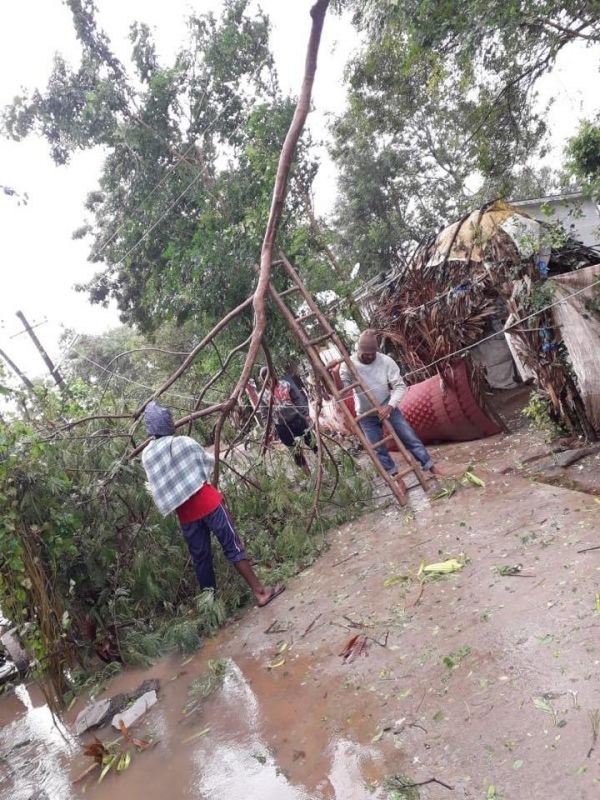 The South Central Railway cancelled and rescheduled several trains, while air traffic to and from the port city of Visakhapatnam was hit by turbulent weather conditions.

Some flights had to be cancelled or diverted to Hyderabad.

Over 20 express and passenger trains were cancelled, SCR's chief public relations officer M Uma Shankar Kumar said. An Indigo flight from Bengaluru that was to land in Visakhapatnam on Monday morning was diverted to Hyderabad.

An Indian Airlines flight on way to Visakhapatnam from Hyderabad was sent back, while an Indigo flight from New Delhi was diverted to Telangana capital, according to Visakhapatnam airport director.

A Hyderabad-Visakhapatnam Spicejet flight was cancelled while several others of different airliners were rescheduled. Educational institutions were closed in coastal districts as a precautionary measure.