As per tweets from the Defence Ministry of India on Friday, over 3000 people have been rescued since the flooding started. (Photo: Twitter/@DefenceMinIndia)

Thiruvananthapuram: Rescue and relief operations are on in full swing in flood stricken Kerala. Thousands have been stranded in different parts of the state after incessant rains triggered floods and landslides.

All districts apart from Kasargod are now under a red alert, with the Meteorological Department predicting heavy rainfall in 13 districts.

As per the Ministry of Defence, over 3,000 people have been rescued since the flooding started following heavy downpour on August 8.

Medical camps have been set up by the armed forces at several locations with over 750 people having received medical aid. 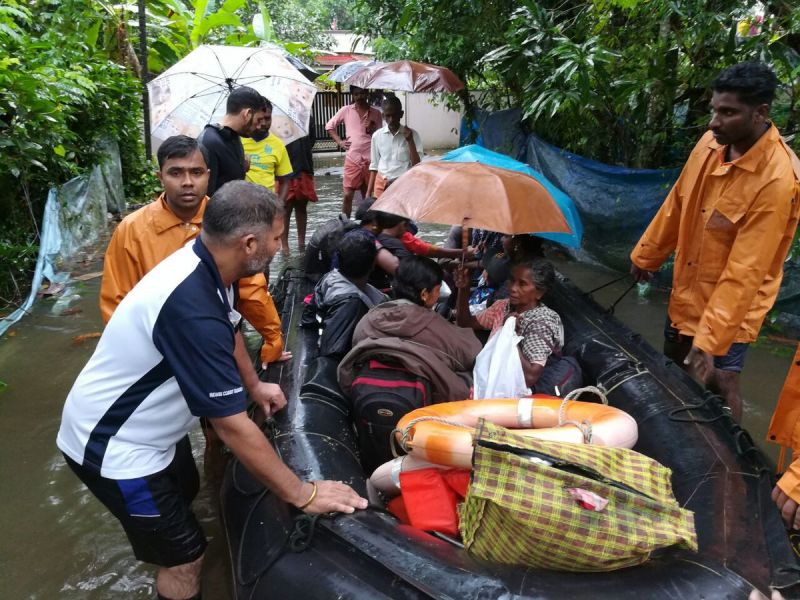 The Indian Coast Guard has posted a video on Twitter which shows rescue operation being carried out at Kadungallor village. The clip shot from within a helicopter shows the team airlifting 6 stranded people, including a child and two elderly women. Following their rescue, they were transferred to a relief camp in Aluva.

#KeralaFloods2018 #OPRAHAT update. @IndiaCoastGuard helicopter rescued 6 stranded & distressed people including a child and 02 elderly women in a short while from now from flood affected #Kadungallor village & shifted them to Relief camp at #Aluva @DefenceMinIndia @CMOKerala pic.twitter.com/Iyf6mh2IYt

In another incident, a pregnant lady was airlifted after a doctor was lowered to assess her. She was evacuated and taken to hospital where she was operated on successfully.

A pregnant lady with water bag leaking has been airlifted and evacuated to Sanjivani. Doctor was lowered to assess the lady. Operation successful #OpMadad #KeralaFloodRelief #KeralaFloods2018 pic.twitter.com/bycGXEBV8q

The young lady and her new born son both are doing fine. God Bless them pic.twitter.com/ysrh1DVUx6

Most people in distress have been forced to seek refuge on rooftops as the water levels slowly rose. Many have taken to social media to announce their plight and request aid.

In another video by the Indian Coast Guard, two people stranded on rooftop were evacuated by a helicopter.

24 teams are already working in the flood affected villages. Additionally, four Capital ships of the Indian Coast Guard have reached Kochi to join the rescue and relief operations. 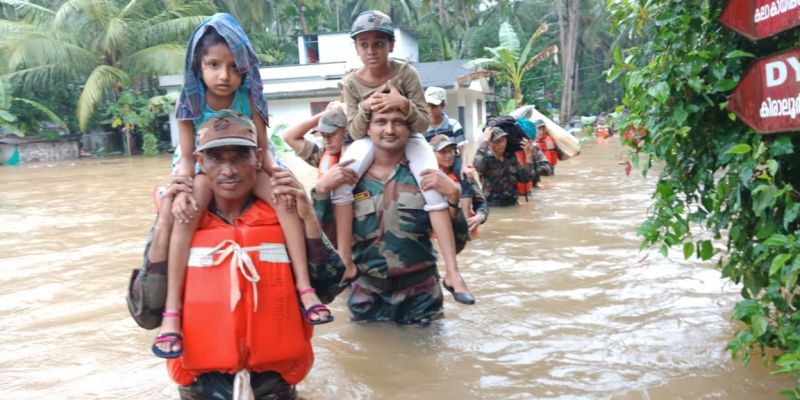 The Defence Ministry said that road connectivity has been restored at 18 locations. 11 temporary bridges have been constructed by Indian Army officials. 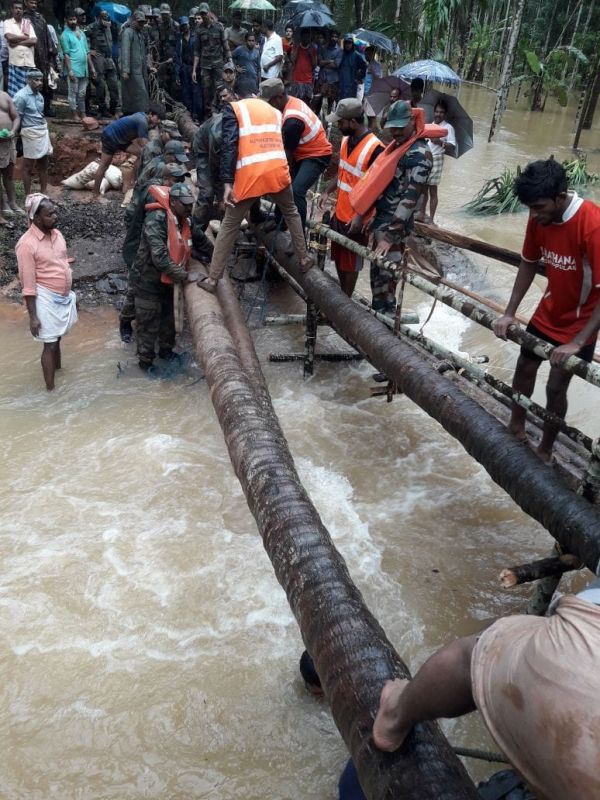 The death toll for the disaster has risen to 167 on Friday.

Prime Minister Narendra Modi will be visiting Kerala to take stock of the situation on Friday evening.

After an overnight stay, the Prime Minister will take an aerial survey of the flood affected areas on Saturday morning.

KCR to decide today on reopening of educational institutions

Jagan for review of change to IAS rules