This is the first CWC formed by the Congress chief after assuming charge of the party. (Photo: File)

New Delhi: Rahul Gandhi on Tuesday constituted the Congress Working Committee, the party's highest decision-making body, with a blend of young and old leaders and convened its first meeting on July 22. 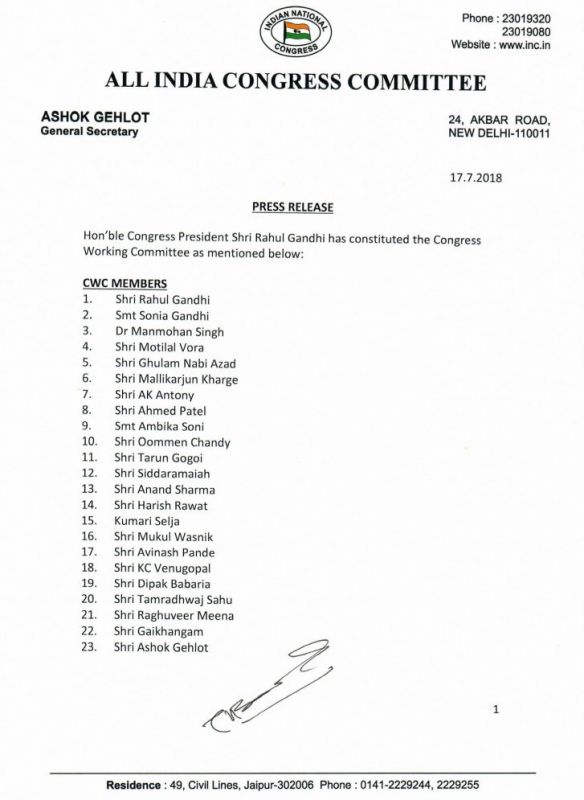 Independent in-charges appointed for various states will be among the permanent invitees to the working committee as ex-officio members, while the heads of five frontal organisations of the party - INTUC, Sewa Dal, Youth Congress, Mahila Congress and NSUI - will be part of the special invitees.

This is the first CWC formed by the Congress chief after assuming charge of the party.

The July 22 meeting will be of an 'extended working committee' as Gandhi has also invited all state unit presidents and Congress Legislative Party leaders from states.

The committee was dissolved prior to the election of the Congress president and the earlier panel was transformed into a steering committee till the party's plenary session that concluded in March.

The CWC, which acts as an advisory panel on all key decisions of the party, was not in place since the plenary session in March.