Hyderabad: Fake profiles of Chief Minister K. Chandrasekhar Rao in Facebook and other social media networks are misleading the public over the proposed creation of new  districts. An announcement on formation of new districts will be made by the Chief Minister only on June 2.

Hundreds of fake profiles in the name of the CM existed, but neither officials nor the  police took a serious note of this so far. A profile ID with display name ‘Kalvakuntla  Chandrashekar Rao’ flashed a post on Thursday claiming that it is the ‘final copy’ of the new districts list. 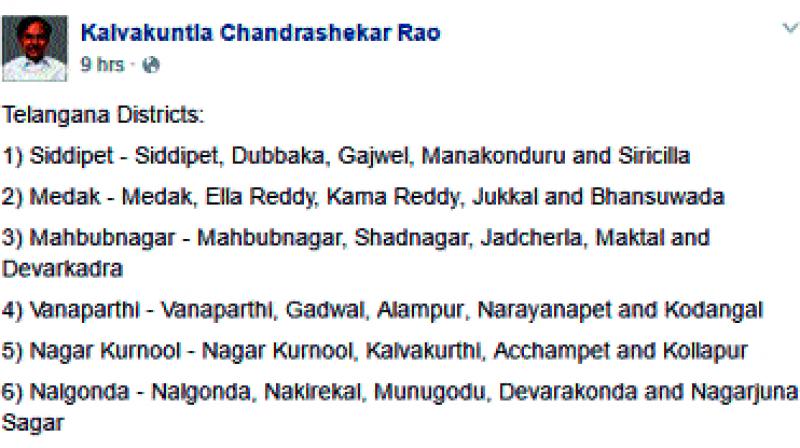 A screen grab of the fake FB profile

An official source from the Chief Commissioner of Land Administration (CCLA) said the  information was false. “The five-member committee on new districts formation under the  chairmanship of the chief secretary will submit its report by the end of this month. Based  on this report, the government would take its decision,” the source said.

An official from the CMO said all the social media profiles in the name of the CM were not genuine. “CM’s official FB page is Telangana CMO. No other page is being managed by the CM. A cell is working on the CM’s official FB page. We will verify the fake IDs and take action,” the official said. 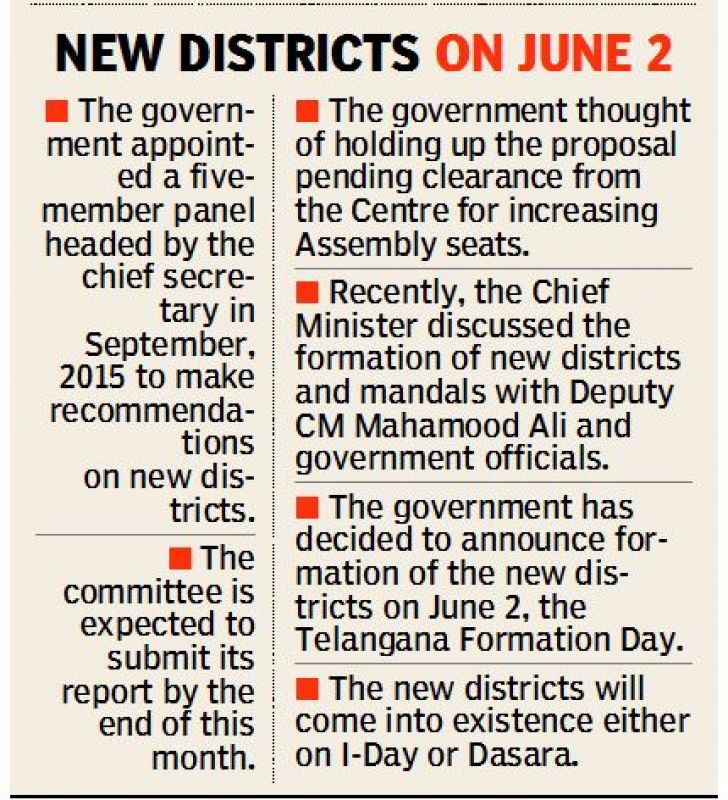 Hyderabad JCP (crime), T. Prabhakar Rao, told DC that he would  ask his cyber crime team to identify the culprits behind the fake profiles of the CM. Apart from this FB profile, more than 100 fake profiles exist in the name of KCR. Such fake profiles also exist in social media like Facebook and Twitter in the names of KCR’s son KTR and daughter MP K. Kavitha.