Shatrughan pitches for Amitabh Bachchan as President of India

Patna: BJP MP Shatrughan Sinha on Thursday mooted the name of Bollywood megastar Amitabh Bachchan as the next President of India.

"It will be a matter of pride if Amitabh Bachchan, a cultural icon, is made President of the country," Sinha told reporters.

"Amitabh Bachchan has achieved many a milestone in cultural and social fields and if he becomes President, it will fetch a good name for the country," Sinha, who has worked with the star in many successful movies, said.

In reply to a question that Bachchan has favoured his (Sinha's) name for the President's post, the second term BJP Lok Sabha member from Patna Sahib, said "it's his greatness. But, I will be happy if he graces the chair of President after Pranab Mukherjee." 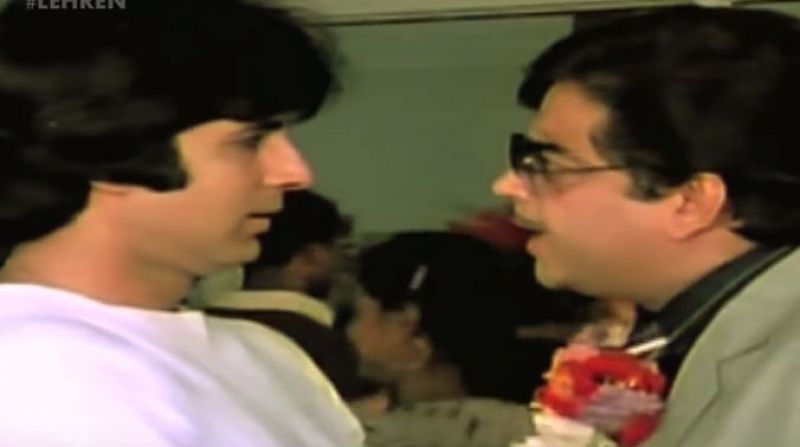 Sinha and Bachchan have worked in Bollywood hits like "Kaala Pathar", "Dostana" and "Shaan", among others.

The two, however, later fell out with each other and did not come together in films.

Sinha was reportedly not invited for the wedding of Bachchan's son Abhishek Bachchan and had later returned the sweets sent to him.

In reply to a question on the controversy triggered by AIMIM MP Asaduddin Owaisi refusing to chant "Bharat mata ki Jai", Sinha did not name the MP, but said "I feel pride in chanting Bharat Mata ki Jai and Vande Matram' and will continue to do so in future".