Drug controllers say that they don’t have a say in what the manufacturers do with the recalled drugs. (Representational image)

Hyderabad: The 344 drugs that have been banned in India are likely to be diverted to African countries, or even SAARC countries except Pakistan and Afghanistan, as the Central government has not banned their exports.

Drug controllers say that they don’t have a say in what the manufacturers do with the recalled drugs. While the makers of cough syrups Corex and Phensedyl have appro-ached the court and got a stay order, the others are still contemplating legal action. The problem is that this time the government has listed each combination and banned them instead of issuing a bulk order. This means that each pharma company will have to separately go to court for each combination. 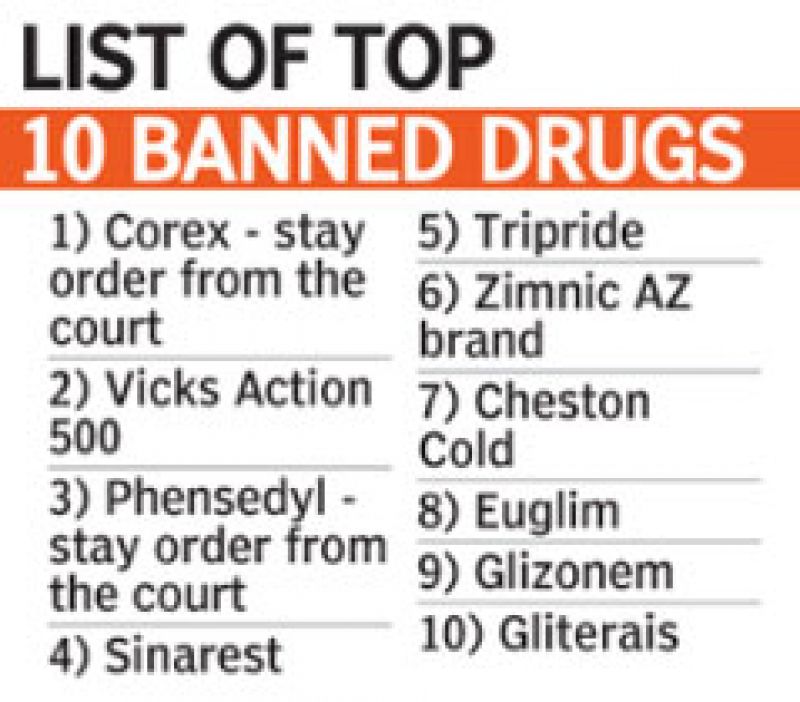 Meanwhile, the government gazette gives minimum information about the reason for the ban. A senior pharma official on condition of anonymity said, “These combination drugs have gone through proper regulatory approvals. They have been in the market for a long time. Even the new combinations are approved and only then released in the market. How come they have become ineffective now?” The Central government has been asked to submit the details for ineffectiveness of Corex and Phensedyl to the court as the report is not in public domain.

A senior officer said, “There is very little information in public domain except that it is not viable for human consumption. The expert committee was set up in 2014 and the task was to classify the drugs into rational, irrational and those that needed further studies. Based on the responses and assessment of the products, the drugs have been banned.”

But a case to point is the combination of metformin+gliclazide+pioglitazine, which is used by diabetic patients and which was approved by the Drug Controller General of India. But the combination is now in the list of banned drugs. A senior doctor said, “This drug is very useful for diabetics. The government had approved it earlier, how can it be banned now? There are 80 combinations of pioglitazine which are effective for diabetic patients and their ban is going to affect the patients.”

The WHO had approved only 350 formulations of fixed dose combinations to treat prevalent diseases but the pharma companies got too ambitious and made more than 6,000 combinations.

Dr Hari Krishna, a senior physician said, “With 50 per cent of the market containing FDCs it had become a concern for prescribing medicines. For example if a person came with headache and high fever, the combination drugs prescribed mostly were medicines for headache, fever, body pain and cold. For the other two symptoms that did not exist (body pain and cold), the medicine was not required and it caused side-effects.”

11 civilians gunned down during security operation in Nagaland; 1 soldier killed