Jodhpur: Defence Minister Nirmala Sitharaman on Wednesday took off in the Indian Air Force’s (IAF) frontline combat jet Sukhoi 30MKI from the air base in Jodhpur.

The country's first woman defence minister sat in the rear seat behind the pilot and was wearing the pilot’s G-suit.

Sitharaman wore a flight overall and a G-Suit, which ensures comfort when the jet takes tight turns. She also wore a helmet with an oxygen mask.

Sitharaman became the second Indian woman leader to go on a sortie on a Sukhoi 30 fighter jet. 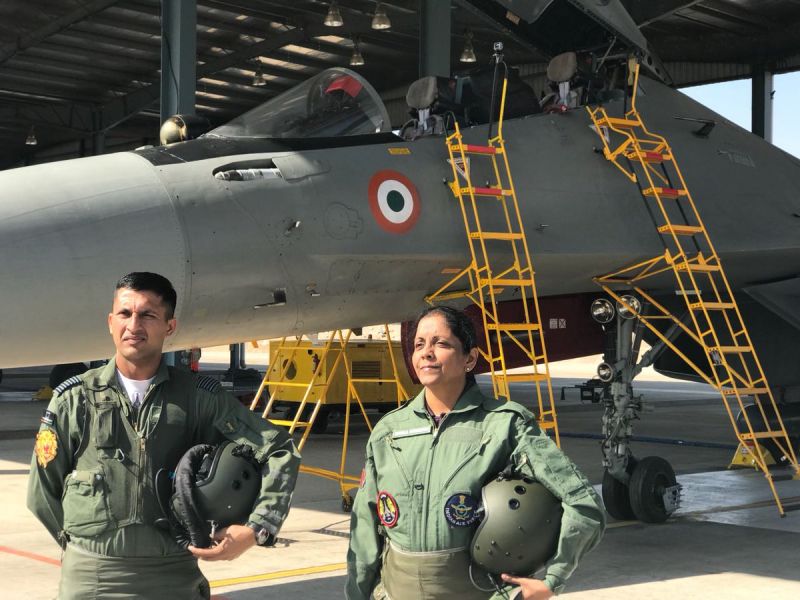 The sortie is likely to last for 30 minutes, defence sources said.

"She is reviewing the operational preparedness and combat capabilities," the sources said. 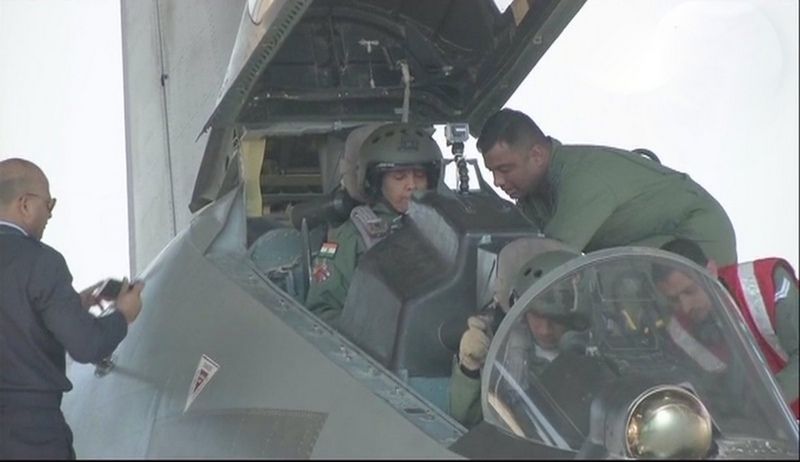 As the first woman defence minister, Sitharaman has spent a lot of time travelling to Army, Air Force and Navy bases to understand their operations. A few days ago, she was onboard the aircraft carrier INS Vikramaditya in the Arabian sea to witness the operations of the MiG-29 fighter off the deck of the ship and other Naval exercises.

The Sukoi-30 MKI is a nuclear-capable aircraft which can penetrate deep into enemy territory.

The twin-jet fighter was developed by Russia's Sukhoi and built by Hindustan Aeronautics Limited for the Indian Air Force.

Smt @nsitharaman takes off on the Su-30 MKI #RakshaMantrifliesSukhoi pic.twitter.com/xC51hjeCSa

(With inputs from PTI.)

Konaseema traders to close shops from 4 pm to 7 am