The doctor is ‘out’! Patients brace for indefinite strike

The face-off between the government and private hospitals is set to worsen with some 600 of them in the city and close to 22,000 doctors deciding to stop offering their services indefinitely from 8 am Thursday morning in protest against the Karnataka Private Medical Establishments (Amendment) Bill that proposes to regulate them.

Over 600 private medical establishments in Bengaluru and over 6,000 across the state, will stay shut on Thursday with nearly 22,000 doctors deciding to stop services indefinitely from 8 am. Hospitals will continue offering emergency services and treatment to those with life-threatening diseases. The death toll continues to mount, with three deaths reported in Bagalkot on Wednesday and major hospitals inundated with patients who have nowhere to go. Doctors however maintain that they will not end the strike until the more contentious clauses of the KPME amendment bill are scrapped, report Joyeeta Chakravorty and Team DC.

The face-off between the government and private hospitals is set to worsen with some 600 of them in the city and close to 22,000 doctors deciding to stop offering their services indefinitely from 8 am Thursday morning in protest against the  Karnataka Private Medical Establishments (Amendment) Bill that proposes to regulate them.

Fortunately, hospitals will continue offering emergency services and treating patients with life threatening diseases. "We have decided on humanitarian grounds to continue offering emergency services, treatment for cancer patients like chemotherapy or radiotherapy,  and dialysis for kidney patients," said Dr C Jayanna, president-elect KPME Association, which is backing the Indian Medical Association ( IMA), Karnataka chapter along with six other associations  in its protest against the proposed legislation.

Patients who need various tests, may also now have to wait until the strike ends as nearly 150 diagnostic centres are shutting shop as well in Bengaluru from Thursday morning. "Only if doctors refer emergency cases to the diagnostic centres will we do the tests," said Dr S Bikkamchand, vice president, Association of Diagnostic Centres. With private hospitals and medical practitioners of 14 districts in the state already shutting their doors, Dr Jayanna warned that the indefinite strike would be withdrawn only if the government gives up regulating private hospitals.

If the government hospitals were not capable enough to handle these cases, why should we be penalised? Why did the patients die?
— Dr Madan S Gaekwad, President of PHANA & Dr R Ravindra, State Secretary of PHANA

Strongly objecting to the government’s decision to cap the fee charged by private hospitals, Dr Madan S Gaekwad, president-elect of PHANA, demanded, "What is the basis of this capping? It is  difficult to standardise the fee across the state. Does the government know how much investment different hospitals make for each bed?  Manipal's investment per bed is different from that of a hospital in Bidar or a smaller hospital.  This move will not only affect the growth of hospitals but also the use of technology. Around 95 per cent of the equipment in a private hospital is imported in dollars."

Supporting the doctors’, Dr Devi Prasad Shetty, founder and chairman, Narayana Health, said its statewide centres, which seesome 5000 outpatients and conduct around 100 surgeries each day have had to either cancel or postpone them because of the strike.   “We hope the government listens to us," he added. Meanwhile, IMA members explained they had objection to only four clauses of the Bill, on imprisonment as penalty, price capping, setting up a grievance redressal committee and drawing up a patients’ charter. “Despite our many representations, the government has not changed the imprisonment clause and instead increased the penalties,” they regretted.

We want the government to either adopt the report of the Vikramjit Sen committee (that was initially set up to draft amendments to the KPME Act, 2007) or drop the draconian provisions such as  capping  prices for various procedures, imprisonment of erring doctors, and setting up of grievance redressal cells , and also bring government hospitals within the ambit of the Bill.
— H N Ravindra, IMA State unit president

Why are docs so upset with the government? 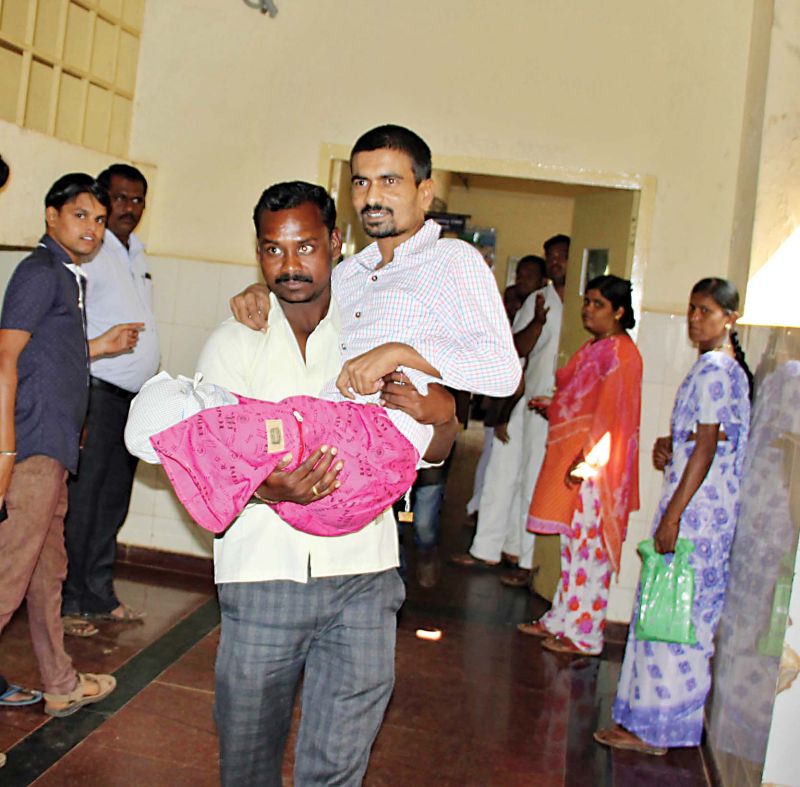 PIL filed against pvt hospitals, striking docs
Citing reports of people dying due to denial of medical services at private medical establishments across the state, a city based advocate, and a physically challenged person based in Nelamangala, has approached the High Court to file separate PILs against private medical establishments, its doctors and medical staff who are on strike.

The two separate petitions filed before the court seeks directions to the State government to invoke ESMA, and to take criminal action against erring private doctors and medical staff. Terming the action as illegal and violative of Constitution, the plea seeks directions to state government and machineries concerned to take all necessary steps to provide medical services to the public in view of strike.

We have taken steps to see that all government facilities function at full strength with adequate drugs and paramedics. Government hospitals were able to handle the patient load on November 3 too
— Ajai Seth, Additional Chief Secretary, department of health and family welfare

The petition highlighted the inaction of the state government and department of health and medical sciences for failing to discharge their duties and several directions of the High Court in similar circumstances over doctor's going on strike.

“The state and its machineries have failed to solve the ongoing strike and the demands of private hospitals and nursing homes association resorting to strike. Boycotting the medical assistance is uncalled for and is against the medical ethics and the oath they have taken before embarking on the medical services,” the PIL stated.

In view of the strike the patients have been put to a lot of hardship. “Invoke ESMA, take criminal action against erring doctors and medical staffs, to immediately restore medical services at all private medical establishments,” PIL urged while referring to the previous judgments in similar circumstances. The petitions are expected to be taken on Thursday.

Dakshina Kannada hospitals to shut
Dakshina Kannada, which is famous for its private health care sector, will see it shut down  on Thursday with private doctors planning a protest in the coastal district as well.   With all outpatient departments (OPDs)  of private hospitals likely to shut, people are bound to be badly inconvenienced here as most prefer private hospitals to government in the district. In fact the private hospitals and nursing homes are so popular that they are found in large numbers even in the rural areas, providing patients easy access to them.  The few government hospitals in the taluk and district may add to patients’ distress on Thursday. The health department , however, claims to have taken all necessary measures  to meet the increased demand for the  services of government hospitals during the strike.

Representatives of private hospitals in a committee that looked into the amendments to the private medical establishments Act, have suggested that public health facilities should also be brought under its ambit. But strongly disagreeing with this view, Mr Vinay K Sreenivasa of the Alternative Law Forum, says such a move would be a grave mistake as the public health system and the private health sector operate very differently.

In Mysuru, K.R. hospital is besieged by patients
With no end in sight to the doctors’ strike , over 15 to 20 per cent of the 1800 private hospitals remained shut in Mysuru district on Wednesday, while the government- run  KR hospital was besieged by patients, according to Mysuru District Health Officer, Dr B Basavaraj.

KR Hospital medical supe rintendent, Dr Chandra shekar said  unlike most days when it saw over 1300 patients in the OPD on an average, the hospital saw 1500  on Wednesday. And as against the around 100 admissions  on a normal day, the hospital had 118, he said.

“As  private hospitals have warned  they will completely shut on Thursday, we have issued a circular to the 1,900 staff , including 276 doctors at 164 government hospitals and clinics besides the hospitals attac hed to the Mysuru Medical College not to take leave tomorrow. We have also asked the staff  on training to return,” he added.

Three died in Bagalkot for not getting timely treatment
Three deaths are reported in Bagalkot district on Wednesday as they unable to get timely medical care due to the ongoing strike of doctors in private hospitals. Thirty-nine year old Vittal Bhajanthri of Mudhol town has died of heart disease. His relatives had rushed him to the various private hospitals after he complained of chest pain. He died when he was taken to the government hospital after denial of the treatment at private hospitals.

Fourty-two year old Irappa Mantur and sixty-seven year old Likhayat Maladhar, who hailed from Banahatti town of Jamkhandi taluk also died for not getting timely treatment. Both patients were denied treatment even after they had approached 3-4 private hospitals due to cardiac arrest. Thus, the dead toll in the district has reached to four for not getting treatment in the last three days.
Meanwhile, there is heavy rush of patients in government hospitals in Dharwad, Haveri, Gadag and Bagalkot districts as the private doctors have stopped emergency service. No untoward incident reported in Karnataka Institute of Medical Sciences (KIMS) though there is heavy rush of patients who arrived from various parts of North Karnataka region.