File photo of a man pulling a goat to sell it at a livestock market on the eve of Eid al-Adha in Ahmedabad. (Representational Image: AP)

New Delhi: The Supreme Court on Friday refused to entertain a Public Interest Litigation ( PIL) questioning the sacrifice of animals on Eid al-Adha or 'Bakri Eid' and the validity of a provision of the Prevention of Cruelty to Animals Act.

While withdrawing the petition, the petitioner sought liberty to approach the Delhi High Court which the apex court granted. 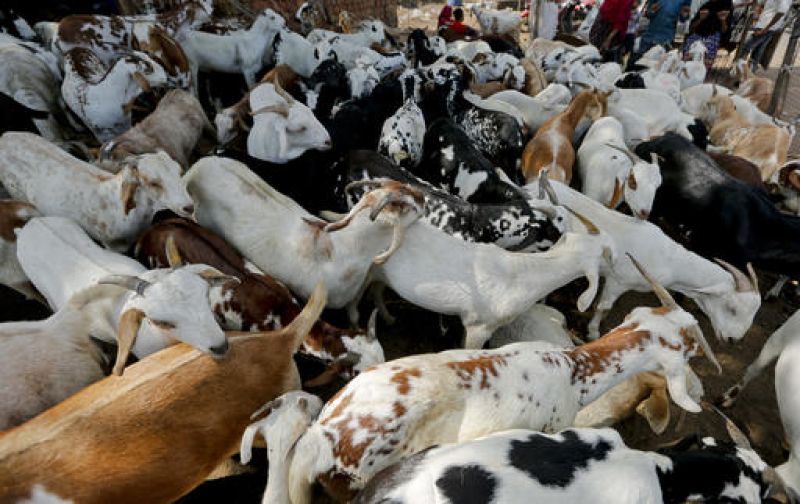 The plea had challenged Section 28 of the Prevention of Cruelty to Animal Act that exempts animal sacrifice under religious practices.

The petitioners challenged the May 6, 2016, judgment of the Bombay High Court, which while upholding the ban imposed by the state government, allowed the consumption and possession of beef brought from states that allow slaughter of cattle.

Krishna in spate; dams downstream to get huge inflows