Kochi: The flood situation in all 14 districts of Kerala, particularly in Pathanamthitta, remained grim on Thursday with all three arms of the defence forces, the NDRF and local rescue groups working overtime to pull out people stranded across the state.

Seventy five people have been killed so far.

The Southern Naval Command suspended training activities to help with relief operations as requested by the Kerala State Disaster Management Authority (KSDMA). All resources were mobilised for rescue and relief efforts in Ernakulam and Trichur.

People were air-lifted from parts of the state through the night as Kerala battles the worse floods in almost a century.

Chief Minister Pinarayi Vijayan kept alerting people the moment air-lifting operations started in a particular area. For Chalakudy and Bhoothathankettu areas, he asked people “to stand in open areas on top of buildings and houses to avoid possible hindrances by trees”. 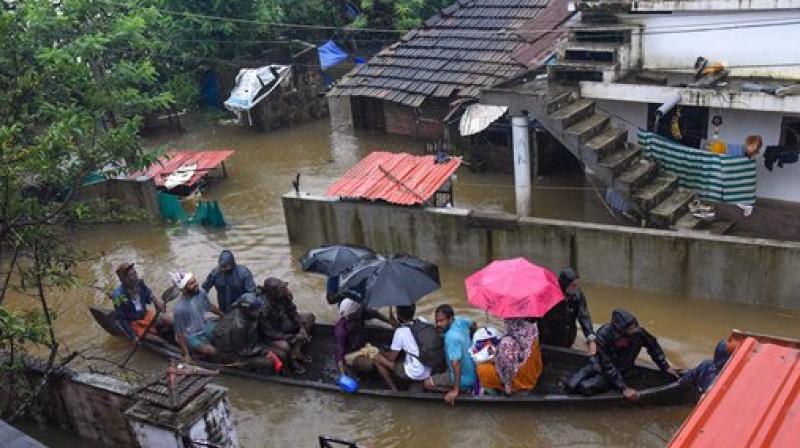 Transport systems in several parts of the state have collapsed due to the heavy rains which threaten to continue for three more days. The Kochi metro services have also been suspended as water level rose in the Muttom Metro yard. The Railways has not indicated when suspended services will be resumed.

The Kochi airport was shut yesterday till the afternoon of August 18.

In the Thiruvananthapuram Railway station, authorities have stopped issuing tickets. In Ernakulam, train services between Aluva and Chalakudy has been suspended following the flooding in river Periyar. A few long-distance trains have been detained in stations enroute to these areas.

Bus services were also disrupted in many places. Services in Thiruvall-Ernakulam section in MC Road have been suspended. Traffic has been stopped in Kuthiaran region connecting Thrissur-Palakkad on Salem-Kochi national highway.

Power connections also remained disrupted in many places in Kochi with Kerala State Electricity Board Ltd (KSEBL) switching off supply to avoid electrification and also snapping of cables.

Parts of national highways are also under water. Inter-state buses could not reach Kochi as the road in Kalamassery was flooded.

After yesterday’s SOS from Kerala Chief Minister Pinarayi Vijayan, Prime Minister Narendra Modi spoke with him again on Thursday morning to review the flood situation. He later tweeted: “We discussed the flood situation in the state. Have asked Defence Ministry to further step up the rescue and relief operations across the state. Praying for the safety and wellbeing of the people of Kerala.” 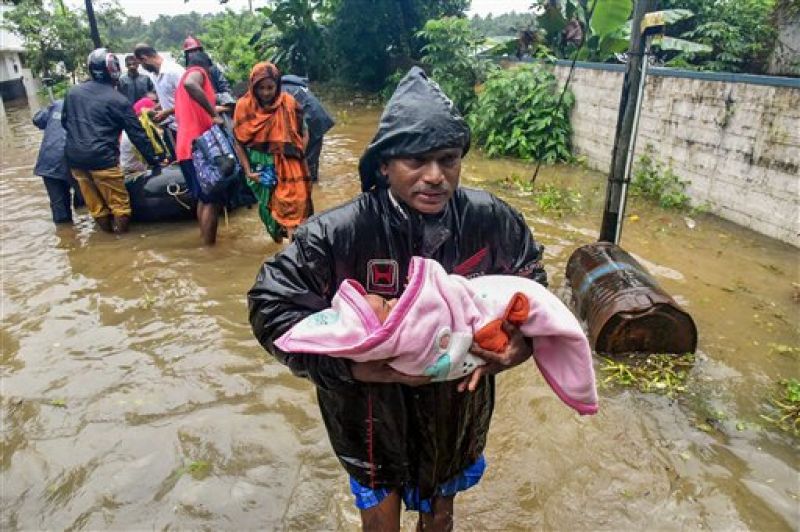 Union Home Minister Rajnath Singh echoed the PM’s concern, stating the Centre was rushing additional NDRF teams to Kerala. He said he was in constant touch with Vijayan.

Defence Minister Nirmala Sitharaman tweeted she had instructed the Defence Secretary to immediately rush more helicopters, boats, life jackets and other rescue resources to Kerala. “There will be no delay from our side,” she tweeted.

She said several MPs had called for help. “NRIs have highlighted the situation in NRIs highlighted Pattamthitta, Ranni and Aranmula… Assured them that instructions are for extending immediate help. Every help,” she tweeted.

All dams continue to remain open. The water level in Mullaperiyar was 142 feet as rain continued to lash the state.

Interestingly, fishermen were commandeering rescue operations in many places, bringing in all their experience from navigating rough seas. Several country craft were carted by road to the affected hinterland.

More units of the National Disaster Response Forces (NDRF) and Engineering Task Force (ETF) wing of Indian Army from Pune were airlifted to Kerala for relief operations later on Thursday. The troops were specially meant for Thrissur, Aluva and Alapuzha.

Two AN 32 aircrafts and one IL-76 aircraft (among the biggest aircraft in the IAF fleet) were already deployed in Pathanamthitta and Alapuzha.

Chief Minister Pinarayi Vijayan later told reporters the Centre would send 40 more units of the National Disaster Relief Force (NDRF) for to flood-ravaged Kerala,. In addition to this, the Air Force will send 10 more helicopters to the state to join rescue operations.

The Navy will also send four more helicopters in addition to marine special commando units to the state, Vijayan said. The Coast Guard would also press into service two more ships. More boats and life jackets will also be sent to the affected regions. The state already has a combined force of 52 units of NDRF, Army, Navy and Coast Guard.

The Chief Minister said he talked to the Prime Minister, the Defence Minister and the Home Minister on Thursday morning about the extremely grave situation in the state. The Union government has promised all possible help, he said. The state chief secretary has also held a video conference with the Union Cabinet Secretary on Thursday. 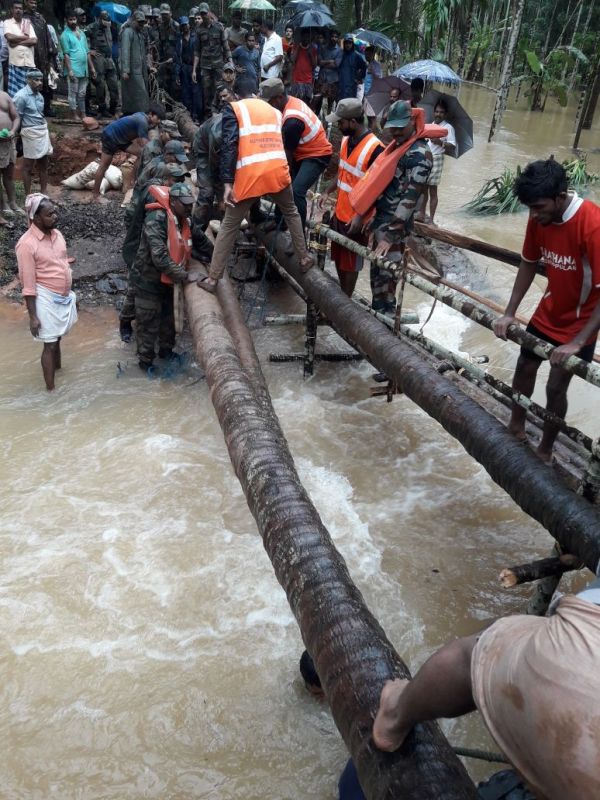