Ballari’s jail walls have many a story to tell

Ballari: If jail walls could speak, they would have many a tale to tell. Who would have ever known that the crown prince of Turkey was an inmate at the Alipore jail in Ballari, now more famous for its innumerable mines and the no less number of mining scams? Or that his body was buried at Ballari’s Turkish martyrs’ cemetery after he died here? 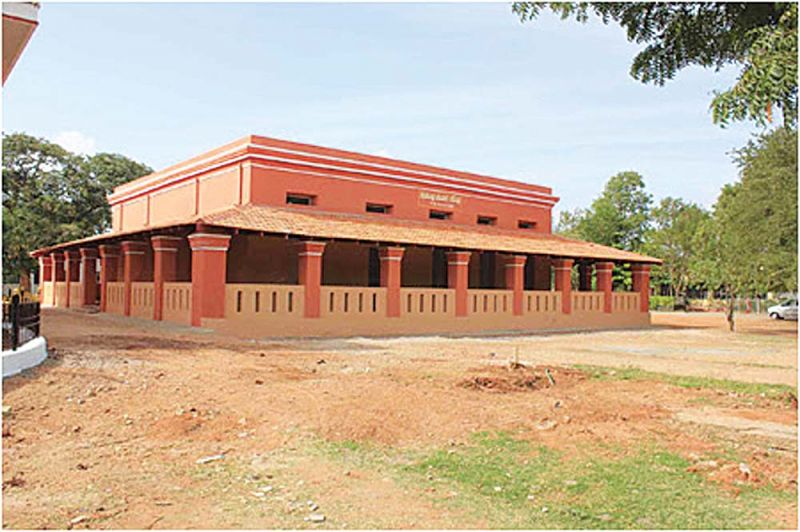 Ballari was a prominent town during British rule, especially after it was merged with the then Madras Presidency in 1800. So it was quite natural for Sir Thomas Munroe, the first District Collector, to recommend the establishment of a jail here for lodging political prisoners.

With the freedom movement across the country gathering steam, the British wanted to set up three jails, the first was established in 1872 after the First War of Independence and came to be known as the Central Jail. Later,  Allipur open-air jail was set up to lodge political prisoners and had the facility of solitary confinement too. The third was the TB  Sanatorium, meant for ailing prisoners.

Adjacent to the high security Allipur jail, which had a electrified fence, was the army cantonment, next in size only to the one in Madras. The Duke of Wellington and Edward Williams (who later became chief of the British army) served as officers in this cantonment which was set up on the advice of Sir Thomas Munroe. A part of the cantonment’s infantry barracks was converted into a military jail, called the Alipore jail, where prisoners of war from France, Denmark and Turkey were imprisoned.

Many a stalwart of the freedom struggle was jailed here during the Quit India Movement. In 1920, for the first time, over 2,000 maplahs from Travancore state were brought to the jail as civilian prisoners. The military jail had now become a new civilian prison in addition to the Central Jail in Ballari.

After Independence, the jail was closed In fact, Alipore jail is the only jail in the sub-continent that was closed by the authorities apart from the cellular jail at Port Blair, which has now become the National Heritage Museum that continues to attract tourists from all over the world.

Alipore jail with over 14 jail blocks was not considered for a similar status of National Heritage Museum. The records pertaining to this historic jail in Madras Presidency were sent to the National Archives in Chennai. The jail blocks were assigned to the Government Medical College. All the blocks except one were converted into laboratories and hostels.

The lone jail barrack still standing amidst the newly constructed Medical College, was about to be demolished recently, but considering  the sentiments of people like Tekur Ramnath (son of freedom fighter Tekur Subramanyam) and Bahadur Seshagiri Rao, national award winning teacher, it was saved and named ‘Swatantra Samara Soudha’.

'Bharat Jodo Yatra' to target both TRS and BJP in Telangana: Digvijaya, Jairam

I represent change, Congress needs to take on Modi: Tharoor

India has a $1.2 trillion plan to snatch factories from China