UGC to hold National Eligibility Test annually from this year

DECCAN CHRONICLE. | INDULEKHA ARAKKAL
Published Jul 16, 2017, 1:07 am IST
Updated Jul 16, 2017, 1:10 am IST
The circular states that the top six per cent from the total number of appearing candidates will be declared as qualified.

NET to be conducted on November 5. last date to apply is August 31.

Hyderabad: The University Grants Commission released a public notice to clarify the change in qualifying criteria for the National Eligibility Test (NET) which will now be conducted annually starting from this year. 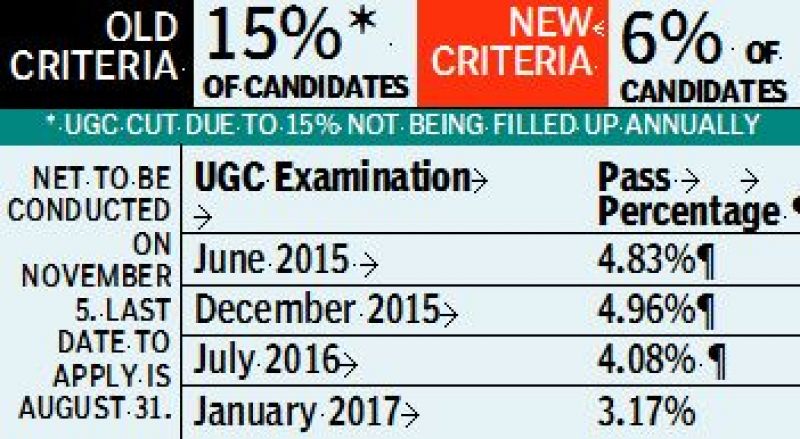 The circular states that the top six per cent from the total number of appearing candidates will be declared as qualified. This is contrary to the previous system where top 15 per cent of candidates from each stream qualified after the final correction. The test determines the eligibility of candidates for assistant professor or junior research fellowship in Indian universities and colleges.

This move has been met with a lot of resistance by the students who believe that the move by the University Grants Commission to conduct the exam only once a year along with the decrease in the passing percentage will adversely affect the results and their chances. About 6,00,000 lakh students appear for both attempts.