3D view of the trench with blacksmith’s furnace. —DC

Thanjavur: Archaeological excavations undertaken by the Department of Maritime History and Marine Archaeology of Tamil University (TU), Thanjavur at Nangur near Sirkazhi in Nagapattinam district has revealed evidence of a ‘Sangam Age’ settlement.

Chola roof tiles with folded end and rounded tip, terracotta figurines, sealings, ear ornaments and dice, glass heads, stone heads and bangle fragment were found. The terracotta figurines reveal excellent workmanship. “The settlement evidence is more than three-metre in depth and has revealed that Nangur was an important settlement of the sangam age. The village was occupied from the Sangam Age to the present,” said the press release. 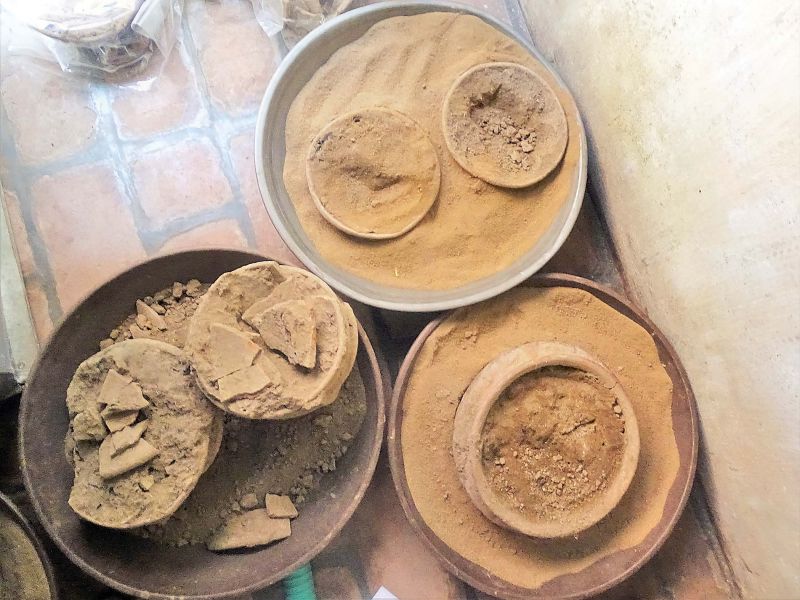 Nangur has been mentioned in Pattinappalai and Porunatrupadai. The Sangam age king Karikalan is said to have married the daughter of Nangur Vel, according to local legends. Songs of Alwars of Vaishnavism mention about temples of Nangur.

An important evidence related to Nangur is the inscription at Takua Pa in Thailand, which mentions about Nangurataiyan who dug a tank and placed the custody of Manigramattar. Nangurataiyan was probably landlord from the village of Nangur, which has ‘Vaishnava Divya Desam’ temples, which were sung by Thirumangai Alwar. The village has several Siva temples. These temples organise periodical festivals (Garudasevai and Rishapasevai) linking many temples of this area and these festivals are attended by numerous people. 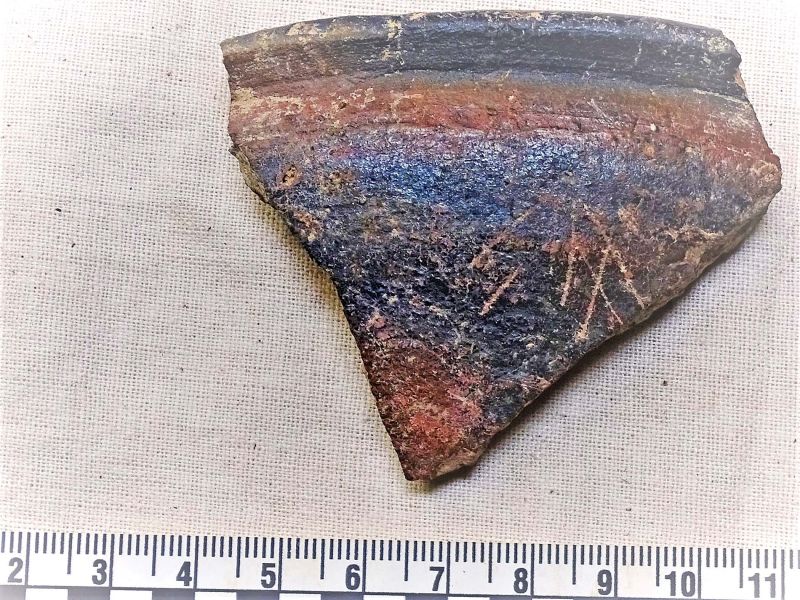 Nangur was a Naadu and Kaveripoompattinam was under Nangur Nadu. In order to understand the naadu formation and the importance of settlements in the lower Cauvery valley and to understand the history of Nangur villages, archaeological excavation was undertaken with the permission of the Archaeological Survey of India (ASI) said the press release.

The research suggests that many of the ‘Divyadesams’ and ‘Devaram’ settlements have evidence of human settlement from the iron age. Some of these old settlements (muthur) became territorial headquarters called Naadu.

The research seeks to answer questions related to the formation of settlements and beginning of agriculture in the lower Cauvery valley.

Vice-chancellor of Tamil University who visited the site recently. The research project has been undertaken by Dr V.Selvakumar, Associated Professor, department of Maritime History and Marine Archaeology, Tamil University, with the grants from the University Grants Commission. Prof Mark Hauser from North western university, USA who explores the Danish settlement of Tharangambadi visited the site for comparative studies, said the press release.