A child reads from a book, as thick black smoke rises in the sky from the glue factories at Dakari village of Unnao district near Kanpur. (Photo: PTI)

Kanpur: In the world's most polluted city, Kanpur, the biggest hospital is so overcrowded with patients with respiratory ailments that they are often bedded in the ophthalmology ward. Kanpur, home to 3 million people, is followed by 13 other cities in the country in a list of the places with the worst air in the world, according to rankings released this month by the World Health Organisation (WHO).

Prem Singh, head of the department of medicine in Kanpur's Ganesh Shankar Vidyarthi Memorial Medical College, said the number of patients the hospital receives with respiratory illnesses has more than tripled over the past five years to 600 a month, most of them children and people over 50 years old.

"Every week a lung cancer patient walks in; earlier we would get one in three months," said Singh. "Problems from air pollution are on the rise and leading to multiple diseases such as bronchial asthma, chronic obstructive pulmonary disease and pneumonia."

In the adjoining room, a 45-year old man lay gasping as his family members circled around him amid the stench and dust. A doctor attending to him said the man was suffering from chronic respiratory disease, partly due to air pollution, that had destroyed one of his lungs.

The corridors of the hospital, one of the biggest in Uttar Pradesh, are packed with patients and their families, laid on mats or squatting in groups.

The WHO ranking is based on 2016 data from the Central Pollution Control Board on the amount of particulate matter (PM) under 2.5 micrograms -- the smallest, most dangerous particles that can lodge deep in the lungs -- found in every cubic metre of air.

The WHO says globally about seven million people die every year from breathing polluted air that can lead to heart disease, stroke and lung cancer. Most of the deaths happen in emerging and developing economies in Asia and Africa.

Kanpur's chief pollution officer, Kuldeep Misra, rejected the tag of the world's most polluted city. "If the situation was as bad as the WHO describes, we would have been dead by now," he said in an interview in his office.

In an article for the British medical journal The Lancet, experts from more than 100 institutions including the Indian Council of Medical Research and the Institute for Health Metrics and Evaluation at the University of Washington, said that Uttar Pradesh had the second-highest disease burden linked directly to air pollution among all states as of 2016. Neighbouring Rajasthan topped the list.

But, like most other cities, Kanpur does not have the infrastructure to fight air pollution, central environment ministry officials say. Only a handful of India's 100 most polluted cities have action plans to combat air pollution, despite being asked by the government to do so in 2015.

In Kanpur, the industrial hub of Uttar Pradesh, particulate matter such as dust and soot accounted for around 76 per cent of air pollution during the winter months, according to a 2015 report by the Indian Institute of Technology (IIT) in the city. Biomass burning accounted for around 15 per cent and emissions from vehicles about 8 per cent in Kanpur. 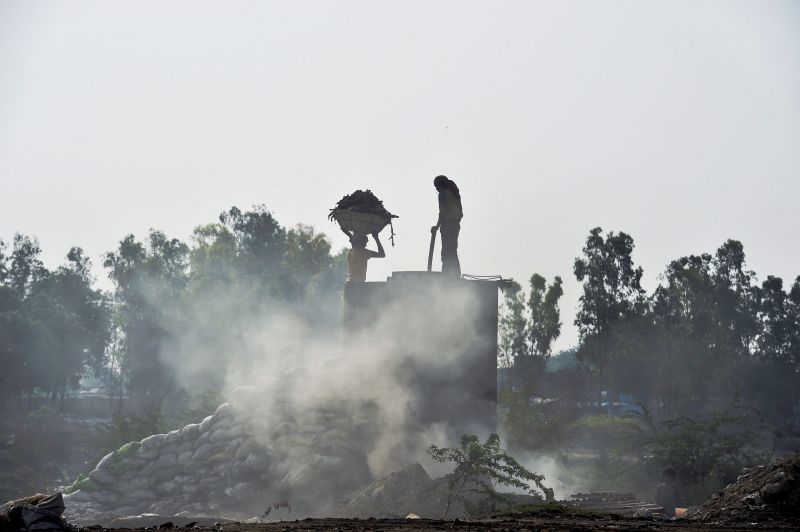 In summer, particulate matter and vehicle emissions were equal contributors to air pollution, at around 35 per cent each.

"The state government does not have the mechanism to understand the sources of air pollution, how will they tackle it?" asked Sachchida Nand Tripathi, a professor in IIT Kanpur, who is working with the federal environment ministry to track particulate matter in real time. "The state needs to act. This was very much coming."

Big cities such as Kanpur need at least five stations to monitor PM 2.5 polluting the air and take remedial measures, an environment ministry official said, declining to be identified.

Chief pollution officer Kuldeep Misra said Kanpur was taking action. Misra said the city has just one station to monitor PM 2.5, and only started tracking the metric actively in 2015. His office has asked the state's pollution control headquarters to buy four more such monitors, he said.

He said the state government planned to build new roads and set up an urban train service to cut car pollution. It would also plant more trees and promote battery-operated transport, he said, declining to give any deadlines for the cited actions.

He acknowledged that Kanpur's air exceeded government-set safe limits, based on the concentration of larger pollutants such as PM 10 over the past few years, but added that the city's own data showed pollution in general had not spiked despite higher industrial activity.

In one suburban neighbourhood on the banks of the Ganges, sewage and leather scraps flowed into the water, turning it black and slimy. An over Rs 20,000 crore national plan to clean the river is running behind schedule.

Kanpur's lone station tracking PM 2.5 is located in a bustling marketplace in the city's centre. "We have been asked to track only PM 2.5. I just have one machine to either track PM 2.5 or PM 10," said operator Rajesh Gupta, standing by a jumble of machines and wires. On a terrace above the two-room station, a large display showed live pollution data. 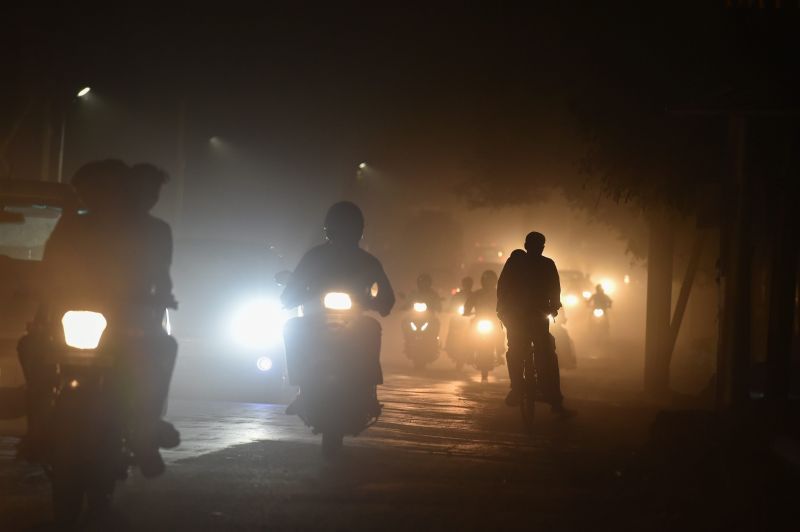 "It's the shared responsibility of the centre and state governments," said Nandikesh Sivalingam, a campaigner with Greenpeace India. "If a state like Uttar Pradesh demands funds, it's fair because it's facing some big infrastructure challenges."

A senior environment ministry official, who declined to be named citing government policy, said states and municipalities should now budget for air like they do for water.