Protests across nation as India continues to witness brutal rapes

Mumbai: Thousands of people from all across the country took to the streets on April 15 to protest against the brutal rape and murder of an eight-year-old girl in Jammu and Kashmir's Kathua and the rape of a 17-year-old girl in Uttar Pradesh's Unnao.

Over the last few weeks, India has been constantly witnessing brutality across all quarters, in a nation which is perhaps still healing from the wounds of 2012 Delhi gangrape case, where a medical student was brutally raped and killed in a moving bus.

Protests are being held in Delhi, Mumbai, Bengaluru, Goa, and Bhopal and among other cities. The outrage has been palpable from Jammu and Kashmir to Kanyakumari and from Gujarat to Arunachal Pradesh as well as Nagaland.

The spine-chilling murder-rape case in Jammu and Kashmir once again united the nation to fight crimes being committed against women. On January 10 of this year, an 8-yr-old girl, who hailed from a Muslim Nomadic tribe who were residing in Kathua, had taken her horses to graze in the forests around her home, but did not return. Later, her father filed an FIR for the missing girl.

The girl's body was found on January 17 and was sent for post-mortem. Later, the case was transferred to Crime Branch of Jammu and Kashmir police. A chargesheet was filed against eight people for the rape and murder of the minor which included a police officer.

The nation fumed after the brutality of the crime described in the chargesheet was made public. The details included her drugging, starvation and repeated gangrape at the hands of a group of men who finally bashed her head with a stone, murdering her. The chargesheet also revealed that one of the accused - a police officer- had asked the killer to wait so he could rape the child one last time.

The other case refers to the rape of 17-yr-old girl in Uttar Pradesh’s Unnao, in which the main accused is the BJP lawmaker Kuldeep Singh Sengar. The case came to light when the victim tried to commit suicide outside Chief Minister Yogi Adityanath’s residence.

Delhi saw several protests being carried out by various groups across the city. 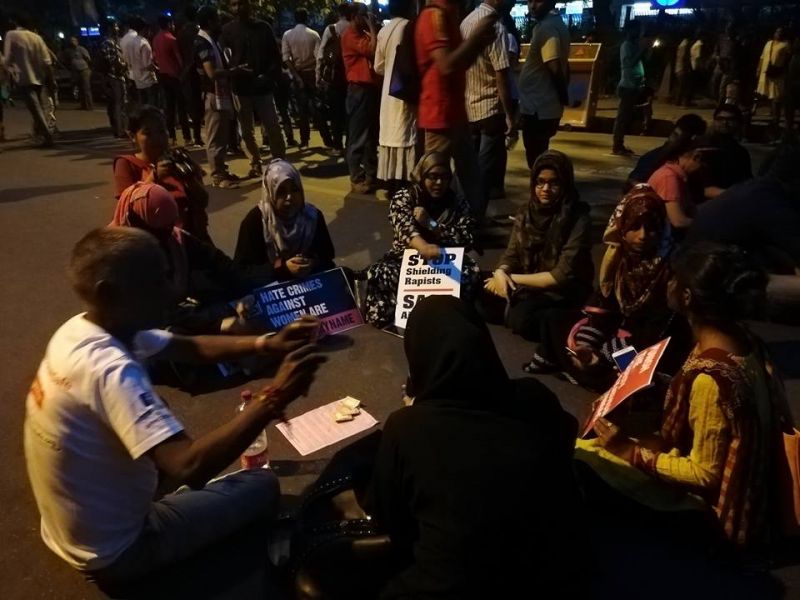 A protester in Delhi's Parliament Street, Amrit Khatri however felt that the outcry lacked impact. He said, "The protest wasn’t that successful or impactful because different groups were agitating at different places. Though the people were united for the same cause but weren’t protesting together due to which the intensity to take on the government wasn't accomplished."

Khatri added that sacking ministers isn’t a solution. Though it isn’t the first case of rape, but blaming government is also not a solution. Like for instance, Nirbhaya case or Mumbai terror attack, the culprits got punished according to the Indian law but this doesn’t mean that rape or terror is dead from the roots.

We need to unite together to find a solution to end such brutal crimes against women and children.

In Unnao rape case, it was evident that the government was reluctant as it was trying to shield the accused as he belonged to the party which is ruling the state.

Government needs to look beyond their political agenda and work for the welfare of the society. In Kathua rape case, instead of making a Hindu-Muslim agenda, political parties need to come together, ensure that nothing like this will ever happen and set an example for the society. 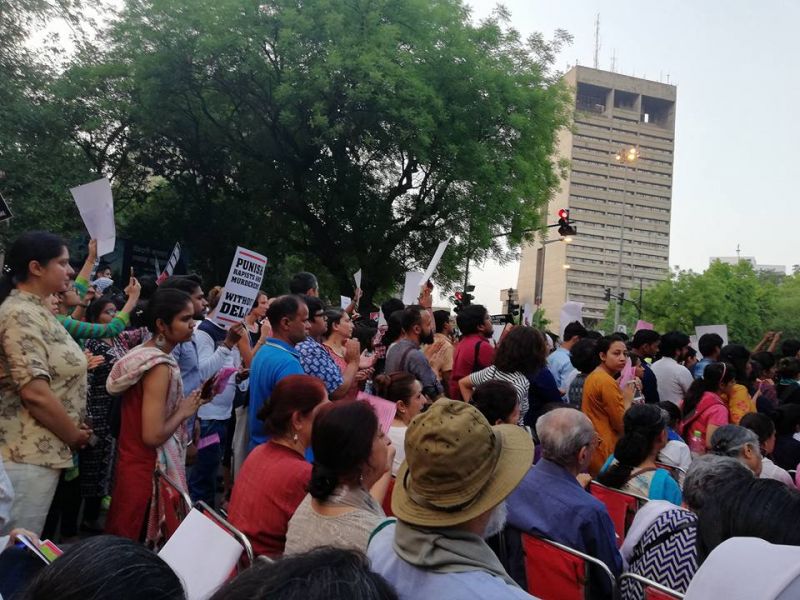 Kawalpreet Kaur, DU AISA President, who was one of the leading protestors at Parliament Street, said, “The major anguish in people is about the government inaction on Kathua rape case. The ministers, administration of the country are very well aware about the situation but still they are not taking any action on it.”

Kaur also questioned the government's silence in the Kathua rape case and said that the abduction, rape and murder happened in January but there was no action by the administration till April.

She said the matter further got delayed with the Jammu and Kashmir Bar Council staging protests over the filing of the chargesheet in the case.

Kaur questioned that though the two BJP ministers from Jammu and Kashmir, accused of supporting the incident have resigned, but even now they are the members of the party. "They should be removed from the party as well," Kaur said.

For Unnao rape case, the investigation and filing of paper work started when Allahabad High Court intervened. The question still remains why there is a delay? Why wait for the court to intervene? What was the police doing? Just because it involves members of the ruling party doesn’t mean, they have special privileges.

Protestors have been demanding that FIR should be filed immediately no matter who is accused or who is the victim and should ensure 100 per cent conviction of the guilty. Secondly, there should be no shielding of the convicts irrespective of the status in the society.

Another protestor, Aditi Yajnik, said, “Protest that are being held isn’t seen as an option for various solutions that is now provided, which includes death penalties, and castration, what a lot of people say.”

She added, “Protest was just people coming out in large and umber to show the outrage and the anger that there was after the crime. When people come out on streets, in order to resist and fight and show their anger, it is for those in power to realise that the majority that they claim have voted them to power; the same majority can anytime bring them down.” 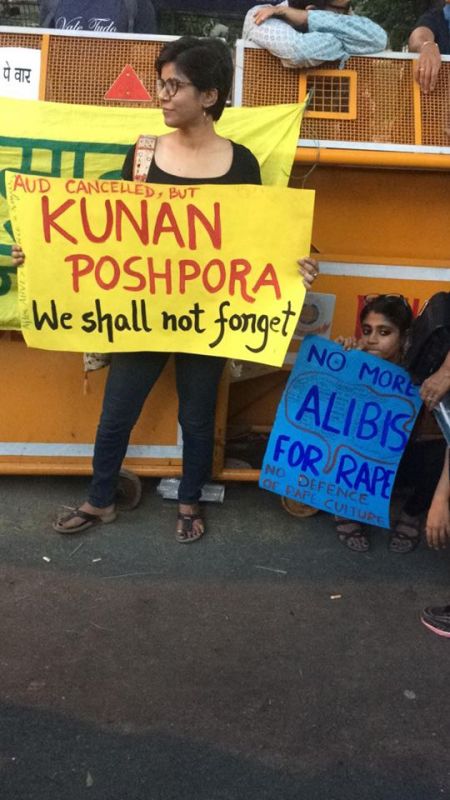 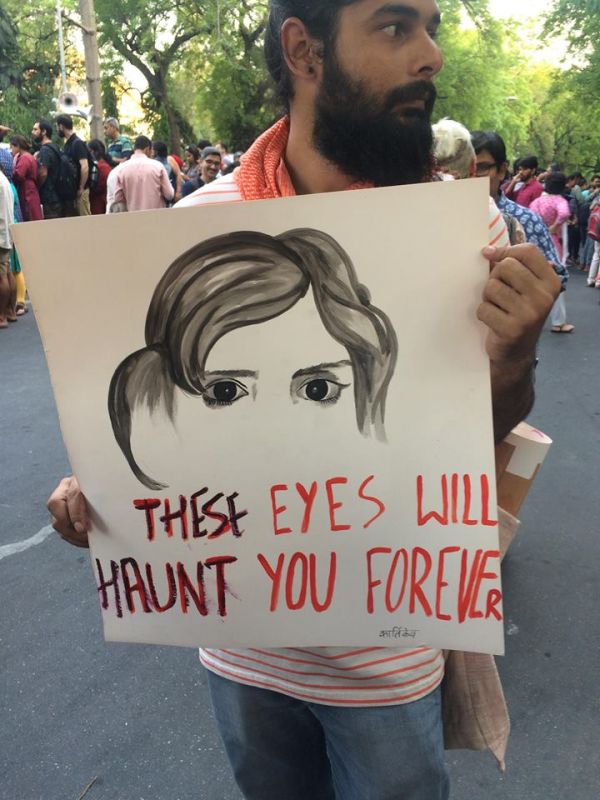 Aditi also stated that the amount of police force that was deployed there was extreme, which clearly shows how scared the government is of losing the power and how people can bring them down.

Yajnik also said, “People are making a lot of hue and cry over the apparent "maun vrat" (hunger strike), and token statements of "we will bring justice for our daughters". I mean why? When the Prime Minister of this country has a pending case of mass murder and rapes in 2002, and the UP CM can go on record saying that if they pick up one Hindu girl, we will pick up 100 muslim women (and the video is there on youtube), inaction and maun vrat is a very small thing."

She added, "And what resignation, those who came out in support of the rapists, they were not supposed to resign, but were to be kicked out. The government has to be accountable.” 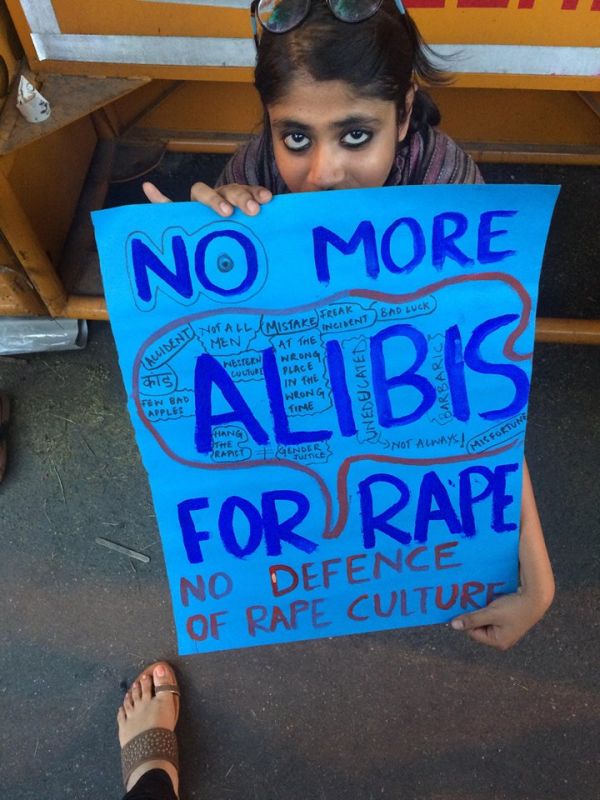 The success of the protest cannot be determined just like that. The success of any movement can be seen when we as a society witness a change in the judicial and administrative system.

Protestors will be assembling again at Vishvidyalaya in New Delhi at 6 pm today.