A tiger crossing the road at Srisailam highway on Wednesday.

Hyderabad: The number of human-animal conflicts has increased as more wild cats venture into human habitats. An eight-year-old leopard was found dead after being hit by an identified vehicle on the Nizamabad Highway on Monday night. In another incident, panic spread among commuters, leading to a traffic jam, when a tiger was spotted crossing the Srisailam Highway on Wednesday. On the same day, a leopard attacked a middle-aged man in Tandur, Vikarabad. 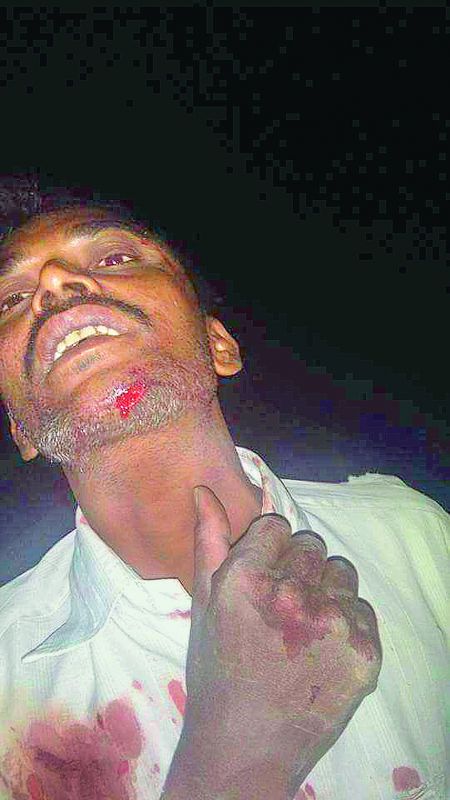 Man attacked by a leopard at Tandur in Vikarabad.

The three instances have put forest officials on high alert. Strict orders have been issued to district forest officials to ensure that the amount of human interference in forest areas is kept to a minimum, as that is what causes wild cats to venture outside their territories.

Sumanth Bindu Madhav from the Humane Society International says, “Leopards, like other wild animals, are under intense pressure due to poaching for illegal wildlife trade, threats from road-, railway- and mining-related development, and increasing contact with humans. Leopards are shy, elusive creatures with a natural tendency to avoid encounters with humans.”

Wildlife officer on special duty A. Shankaran says, “The tiger that crossed the road did not leave the reserve area. It is fortunate that no vehicle hit the animal. Wild cats have started venturing out of the green cover in search of water.

“This year, the dry season has begun early. We will ensure that there is a water point available every four square km, even in May. We will also construct good speed breakers to ensure that no more accidents occur on the highway.”

Forest officials have been issued strict orders to be on the lookout for any signs of poaching. “The location of the tigers has become known to everyone due to eyewitness accounts. It is possible that poachers may start coming to the area looking for a chance to smuggle tiger skin and other parts. We will increase protection in the reserve area,” says a senior forest official.

Nine who returned from China under watch for coronavirus

Ola gets caught in social media debate over free speech

As part of Gaganyaan, first unmanned mission this December: ISRO