Bengaluru: V.K. Sasikala went from a woman poised to run a powerful southern state to just another Prisoner, Number 9234 on Wednesday as she bent down and walked through the tiny door into the Parapanna Agrahara jail after surrendering before the magistrate at the temporary court on the premises.

Unlike her previous road trip to Parappana Agrahara along with former AIADMK chief J. Jayalalithaa, before they were convicted by the special court in September 2014, she was greeted at the end of the seven hour journey on Wednesday from Poes Garden, the home that she shared with her mentor Jayalalithaa to the prison in the neighbouring state, with a lukewarm reception by barely a handful of supporters. 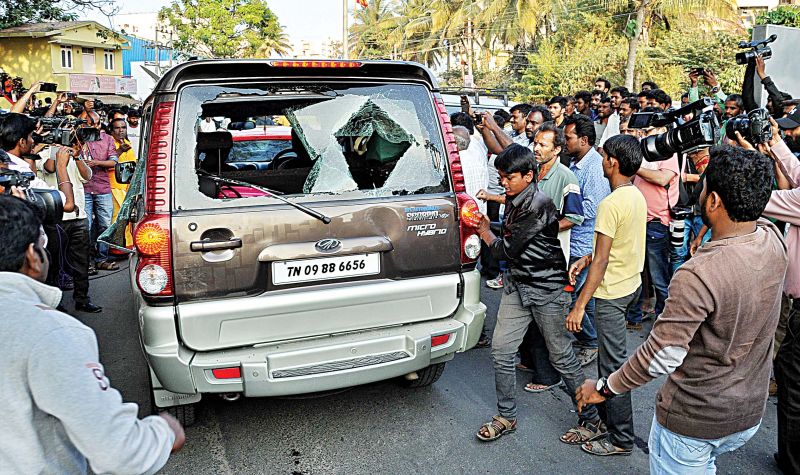 Miscreants vandalising cars near the jail.

Missing were the AIADMK cadres and party supporters who had lined the roads leading to the central prison. Even the police presence was limited to the prison premises alone where they had cordoned off the area for hassle free entry of the convicts.

Sasikala and Ilavarasi, both seated in the same specially designed SUV which Jayalalithaa usually used, arrived in Bengaluru by road, reaching the Parappana Agrahara premises by 5.15 pm. By then her estranged husband M Natarajan followed by Lok Sabha Deputy Speaker Thambidurai apart from a few local AIADMK leaders were already present at the prison premises. 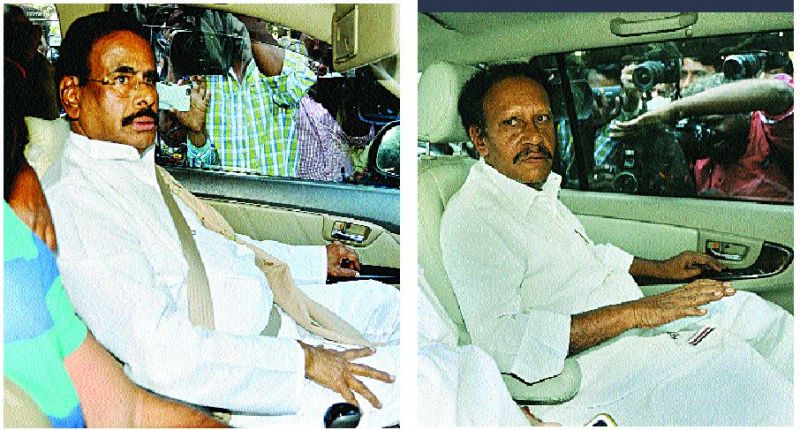 Soon the scene shifted to the trial court where the media was kept away. Sources said that Sasikala prayed for special arrangements before the trial judge citing that she is a tax payer. However, it is learned that the judge asked her to present her requests to the prison authorities and  the prison doctors inside the jail, who would take a call on her requests.

The only male convict Sudharakaran arrived much later, just in time to appear before the judge, and was admitted to prison, according to the prison manual.
Outside, miscreants vandalised Tamil Nadu vehicles as they were making their way to the prison. Police, who lathi-charged the vandals said they were unsure if the vandalism was at the behest of rival O Pannnerselvam supporters, or farmers angry over the Cauvery dispute favouring Tamil Nadu.

Sasi’s journey to jail
The Supreme Court refused to grant relief to V.K. Sasikala, asking her to surrender immediately before the trial court. She made the journey to Bengaluru, where she will be jailed, on Wednesday.

Miscreants vandalise TN-registered cars
Soon after Ms V.K. Sasikala along with another convict Ilavarasi reached the trial court at Parappana Agrahara for the legal process before the start of their jail term in the disproportionate assets case, tension prevailed for some time when a few miscreants targeting Tamil Nadu-registered vehicles. Also, an unidentified person was heard shouting ‘Sasikala is 420,’ and ‘she cheated Jaya’. 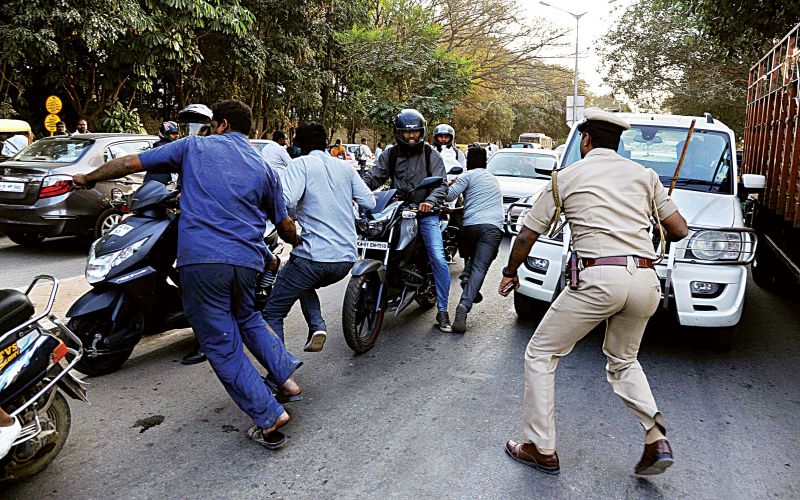 Police resorted to a mild lathicharge after miscreants attacked TN-registered cars. It is alleged that the vehicle of Sasikala’s advocate was damaged after protesters threw stones and banged cars with their helmets. Police said it could be a minor clash between the two groups in AIADMK. Only a handful of Ms Sasikala’s supporters gathered outside the prison, where over 300 police personnel were deployed. Apart from heated arguments between Sasikala sympathisers and opponents, police managed to keep things under control.
No case has been registered so far with regard to the vehicles damaged, the police said that if anyone comes forward and files a case they would investigate.

No home-cooked food or meditation room for Sasi!
Dressed in a staid white khadi saree, inmate number 9234, V.K. Sasikala, who will not be receiving any special treatment, must arise before the official call if she hopes to find a somewhat clean bathroom. Although having Ilavarasi share her cell, meant for women convicts, is a relief, sources reveal that she is located next to the infamous serial killer Cyanide Mallika! Interestingly, Mallika had tried very hard to meet Jayalalithaa back when she was serving time in 2014, but was unsuccessful as the latter had chosen to stay alone and not meet anybody. 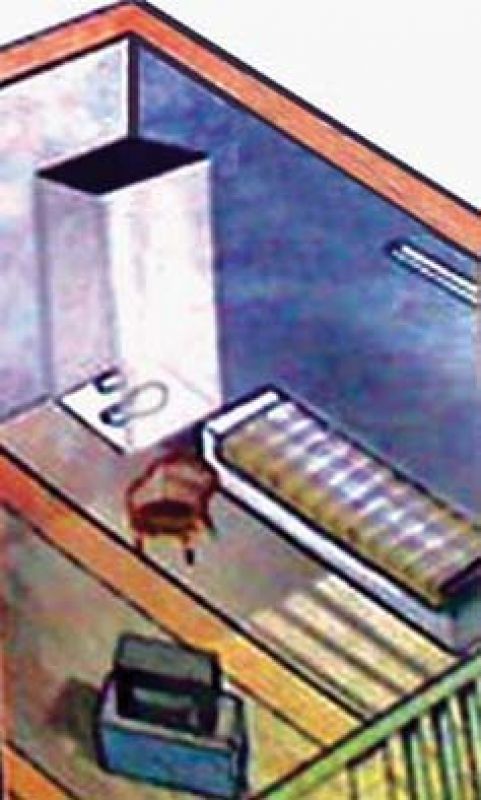 An artist’s impression of a cell at Parappana Agrahara prison.

No home food: After surrendering before the trial court, Sasikala sought permission to receive home-cooked food citing diabetes. The trial court, however, refused to allow her plea, also turning down her request for a separate cell for meditation. She has, however, been allowed to carry her medicines.

The magistrate reportedly told her that prison authorities will go according to the prison manual. Director General of Police, Prisons, H.N.S Rao said that Sasikala has been admitted to the Bengaluru Central prison.

Inmate number: Sasikala is prisoner number 9234 and has opted to stay with Ilavarasi - prisoner number 9235, in a two-occupancy cell. "She will be treated like any other woman convict and be provided jail food. Her routine will require her to take up a skill-oriented job like embroidery, weaving or gardening, for which she will be paid nominal wages. She will be given with two white saris with a blue border in a couple of days," said an official source.

Routine: A wake-up call will be made at 6.30 a.m. after which the daily routine begins. Sasikala’s only connections to the outside world will be her lawyers. “Any other visitor will have to seek permission from jail authorities,” the officer added.

Dinner: After a routine medical check up, Sasikala and other convicts were served two chapattis, ragi mudde, 200 gms of rice and sambar for dinner.

Locals cheer as Ramappa gets into world tourism map

It was a concentrated effort: Tourism min on Ramappa

Indian talent moving to Canada due to outdated US immigration policies: Experts