The city seems to be bustling with year end festivities. Whatever may happen around the country politically, economically or even socially, the annual music and dance season in Chennai continues with its usual fervour. Artistes and rasikas from across the world head here for their quota of culture, catching up on trends, discussions and cache of performances that help them understand where they stand in all of this.

This is also the time to scour the city for its delicacies which are profusely available at all sabha canteens. And with each passing year, the menus get more innovative and fused with international tastes and appeal. Yet the dosa, vada, pakodas kanjeevaram idlis, filter coffee and the unbeatable thyair sadam are all time favourites. As one would choose the cutcheri to go to, the sabha food menu is also fairly crucial in this decision-making process. 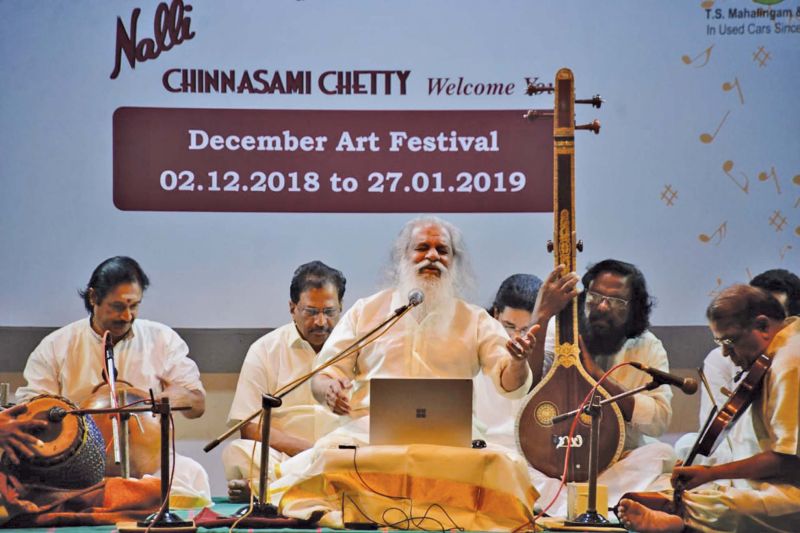 That be as it is, when it comes to the trend now is to also use specialty stores as creative spaces for performances and infuse them with other elements such as culinary history, talks and poetry reading, lecture demonstrations and cozy concerts.

When one says Spaces, one would automatically think of Chandralekha’s studio at Besant Nagar. And for long it has been the hub of events and performances that are a little off the sabha circuit. Artistes and collaborators use this forum to curate and present programmes intended to offer unique experiences. Especially during the Marghazi month, when artistes like Anita Ratnam present early morning concerts teamed with steaming cups of coffee. Balmy December mornings and coffee? Irresistible!

The idea of combining something for the soul as well as for the palate, is now a fixture in Chennai. Throw in some commerce and there is a sense of uniqueness to everything. Lovely old houses (the few left), have begun to open up to possibilities of having audiences not just for the ambience, but also stand-alone stores selling jewellery, clothes customised furniture and home art among other things (and not part of a lifestyle kind of a place) and become part of the cultural tradition of this city. 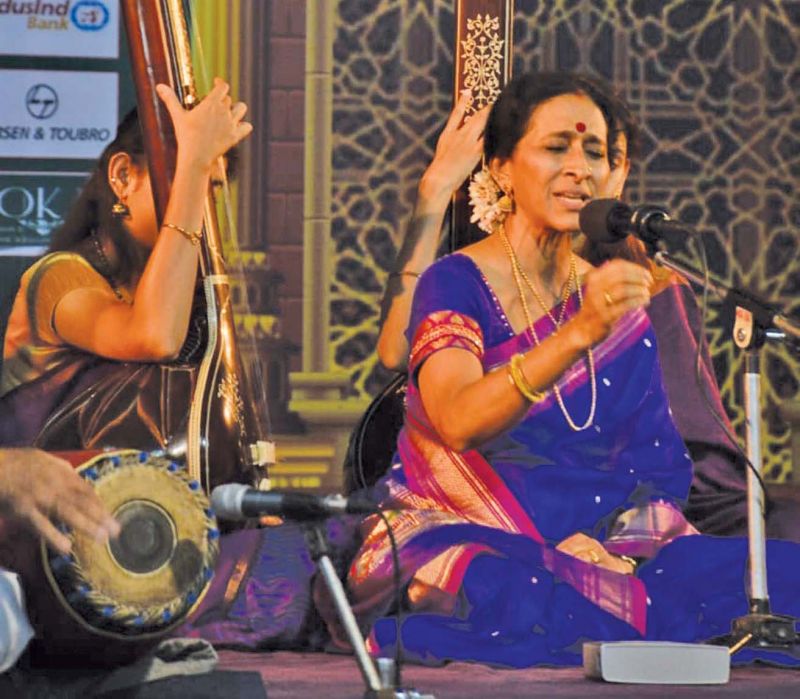 One of the earliest introductions to this concept has been with Amethyst and Chamiers --  but now there are many more offering to be hubs of meetings, coffee and cake conversations as also music and solo dance performances.  The regular sabhas in the last few years have understood that to enhance the experience of art aficionados, food is a must. Much has been said and written about the many delicious meals and tiffin available at most sabhas, who invite some of the best caterers in the city to put out different kinds of menus. Culture is synoymous with good food and is also one of the great attractions this time of the year.

Stand-alone specialty stores and art galleries are also hosting events to become part of the cultural experience of Chennai. Malls and hotels are not far behind, but that is another story.  Coffee mornings, wine and cheese evenings, are more widely talked about and draws a cross section of people.  This is not exactly new, but this is becoming a norm as the city bursts with every kind of cultural programming. Just gets a lot more intense with the music and dance season in December/ January.

Anita Ratnam, classical and contemporary dancer, choreographer and creator of Neo Bharat Natyam and Viji Krishnan, violinist, who started her musical journey as a child artiste, were seen showcasing some of the creations of Priyadarshini Rao at Collage, Greams Road. The store had many visitors, friends and well-wishers who swung by to interact with them as well as to see the creations on display.

Coming up along similar lines, is  one  curated by  Rakesh Raghunathan, food historian and culinary expert, who will be demonstrating classic recipes and singing as well pointing to the magic of Marghazi. People will get to taste some of the timeless dishes that complement the music, dance and the season with artist and jewellery designer Lakshmi Srinath’s Tvam, Raja Annamalaipuram, giving space.

The ARTery, Balaji Nagar has been making its presence felt with performances at its venue.  It is a ‘’new-age arts and culture portal, also showcasing one of Chennai ‘s  heritage space for such purposes. ‘A Meeting of Legends’ --a mic less concert by Prof VV Subrahmanyam with Prof TV Gopalakrishnan, a Tala Vadya Surprise, are some of the things coming up. Usually coffee is also a part of it all.

The Natya Darshan, the  annual dance conference presented by Kartik Fine Arts and convened  by Priya Murle,   has a  series of events (out of the Bharatiya Vidya Bhavan where the conference is)  in places such as Kanakavalli (a sari store), Paati Veedu( a restaurant) Just as there are events on the social media platform with live feeds, recordings and video presentations, all this is indicative of the fact that worlds are merging, converging , blending to create different experiences --  any creative artistic space is a good arena  to up the ambience/  interest  quotient as much as possible.