Transport Minister Thomas Chandy speaks to media at his residence in Kochi on Tuesday. (Photo: DC)

Kochi: A division bench of the Kerala High Court on Tuesday came down heavily on transport minister Thomas Chandy for approaching the court against the state government and Alappuzha district collector’s report indicting him for his wetland encroachment. Dismissing his petition the court observed that his act of approaching it in his personal capacity against the state amounted to the breach of the collective responsibility of the ministry.

It also pointed out that the first respondent in the petition was the chief secretary himself. The court observed that constitutionally such a petition would not stand and hence cannot be allowed. It also said that the situation is extraordinary wherein the minister challenges a decision taken by the state cabinet collectively.  It also pointed out that keeping the secrecy of such decisions and defending it in public are part of collective responsibility vested in ministers. Under Section 164 (2) of the Constitution, all ministers have collective responsibility. 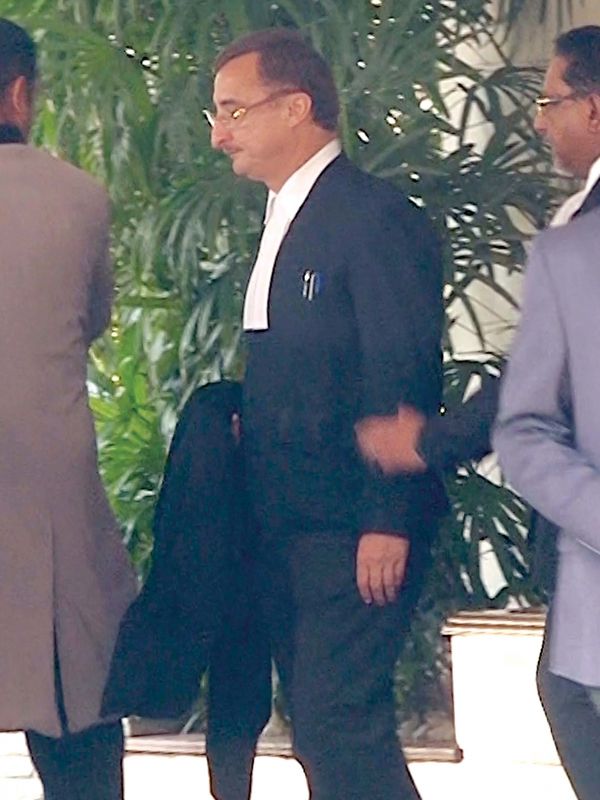 Senior SC lawyer Vivek Tankha coming out of a hotel in Kochi to appear for minister Thomas Chandy in HC on Tuesday. (Photo: DC)

The court observed that a person cannot publicly react against the collective decision of the state cabinet without resigning from it.  The court said that when one becomes an accused in a criminal case, he cannot claim the privilege of a minister and at the same time claim that he is an individual.    His writ petition is also against the officers who discharge their duties.The court pointed out that the district collector had the powers to act according to Wetland and Paddy Land Conservation Act and Land Protection Act and her report is as per the law.

The court also asked Mr Chandy to approach the collector and present his arguments within 15 days to get them redressed. The two judges separately recorded their views as they rejected his petition, which was a rarity. The court also came down on the state government at one point for not making its stand clear in the case during arguments. The court wanted to know its position in a case where the minister is the petitioner.  The state attorney who at first did not respond, later took the stand that the incidents alleged had taken place before Mr Chandy became a minister and hence he should be seen only as an individual by the court and not as a minister, which provoked the court.

Later when the court took the stand that even when the court is arguing for the collective responsibility of the state cabinet, the lawyer representing the government was not supporting it, the attorney took the stand that the minister's petition was improper.  He also reiterated that law would prevail if it were the common man or the minister. At one point during the lunch recess, the court gave Mr Chandy an opportunity to withdraw his petition, but he did not do it, following which in the afternoon it was rejected.  Senior Supreme Court lawyer and Congress Rajya Sabha MP Vivek Tankha appeared for Mr Chandy in the case.

NIMS to have 350 ICU beds by mid-January