Hyderabad: Good news for traffic violation whistleblowers. They will soon receive cash awards from the Hyderabad traffic police. The decision came after a huge number of complaints were received from the public. About 11,438 complaints received via Hawk Eye, Facebook, and WhatsApp in 2017.  The traffic police plans to give the cash award through a lottery system.

The Hyderabad traffic police is planning the cash award on lines of the Goa police which launched a traffic sentinel scheme in which point-based rewards are doled out. The Goa traffic police gifts a two-wheeler to one whistleblower. 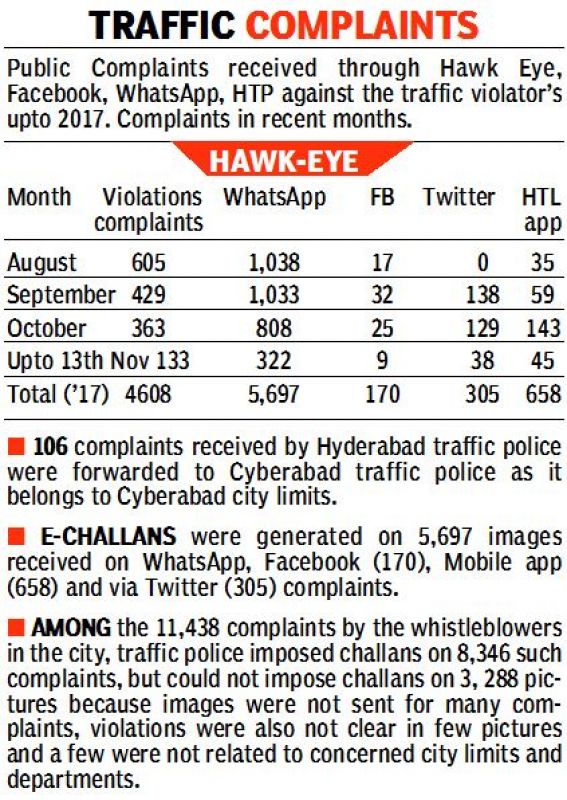 Nearly 106 complaints were forwarded to Cyberabad traffic police. E-challans were generated on 5,697 images received on WhatsApp, Facebook and Twitter.

Ranganath, Traffic DCP, said, “The public has been posting lot of pictures regarding traffic violation and we have been booking cases based on them. By giving cash rewards we can motivate people. We have a live app which has the provision to capture traffic violations.”

He added, “We will select the winner through a lottery system and will announce the winner’s name soon.”