Demonstrators protest outside of the Trump Tower on Wednesday in Chicago, Illinois. Thousands of people across the United States took to the streets in protest a day after Republican Donald Trump was elected president, defeating Democrat Hillary Clinton. (Photo: AFP)

WORKING-CLASS WOES
These voters spoke with a shout, particularly in Rust Belt states that have mostly favored Democrats in recent elections. Non-college-educated whites made up about a third of the electorate nationally, but they accounted for more than 4 in 10 voters in Wisconsin, Penns-ylvania and Ohio and made up fully half of all voters in Iowa. 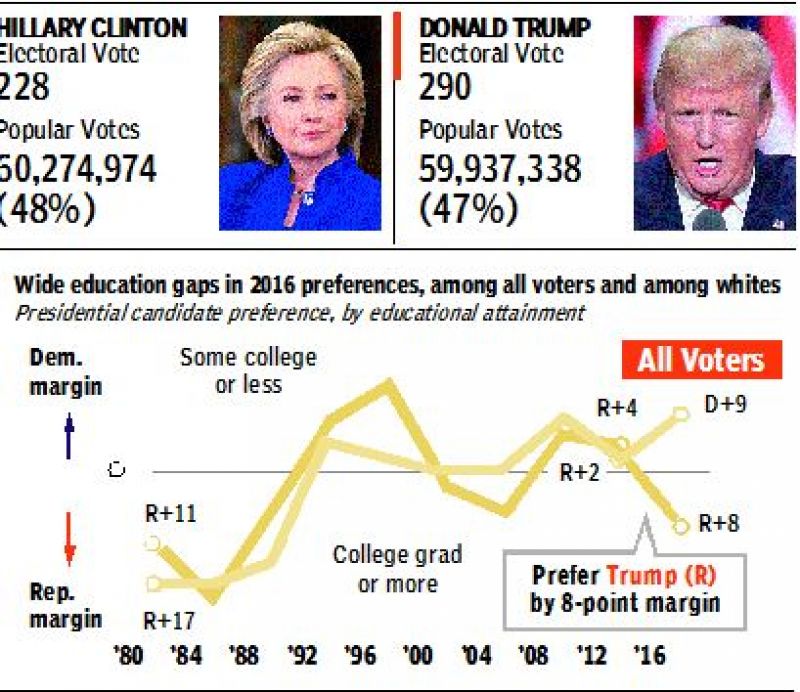 RACIAL POLARISATION
The white vote has shrunk in recent years — from about 80 per cent in 1996 to 70 per cent of Tuesday’s vote — but that’s still a powerful number. Trump dominated with whites no matter how you dice their votes — among men and women, young and old, college-educated and non-college-educated.

ELECTORAL COLLEGE
In the end, it didn’t matter that Clinton was on track to win more popular votes than Trump nationally. Her voters were too geographically concentrated to save her where it mattered most, in battleground states that tipped to Trump by small margins to produce a lopsided victory in electoral votes. 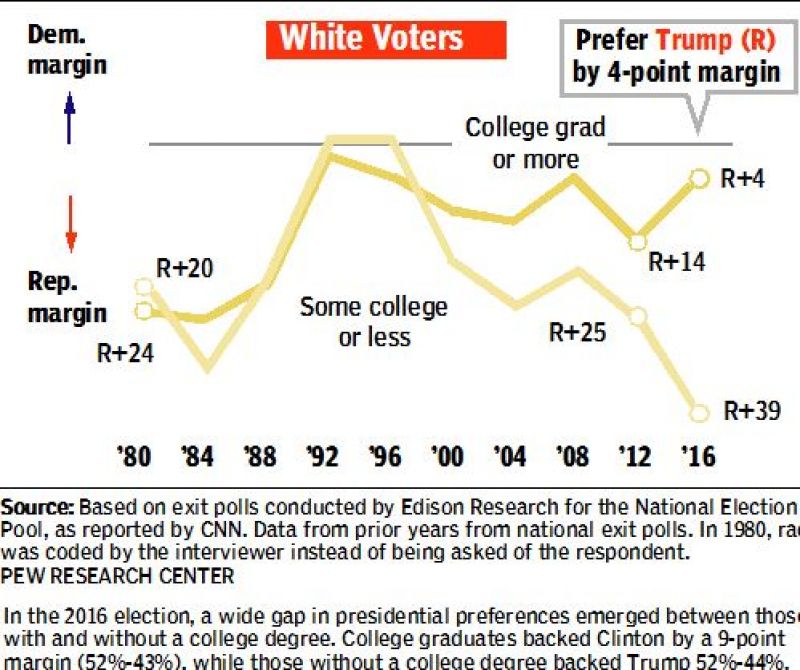