Are these the men who murdered Gauri Lankesh?

The SIT team released the sketches of suspects in murder of Gauri Lankesh at CID Office, in Bengaluru on Saturday (Photo: KPN)

Bengaluru: Over a month after noted journalist and activist Gauri Lankesh (55) was gunned down at her residence in Rajarajeshwari Nagar by a lone gunman, the Special Investigation Team (SIT) probing the murder, has released on Saturday, not just the sketches of suspects involved in the act, but a crucial video of the killer, taken from CCTV footage that records him driving past Ms Lankesh's home exactly four hours before he came back and shot her dead.

“We have identified two suspects based on information from our technical team as well as locals in the area and the account of eyewitnesses," IGP (Intelligence) B K Singh, who heads the SIT, said at the long awaited media briefing on Saturday. Investigators were unwilling to reveal the identity of the eyewitnesses they had spoken to. 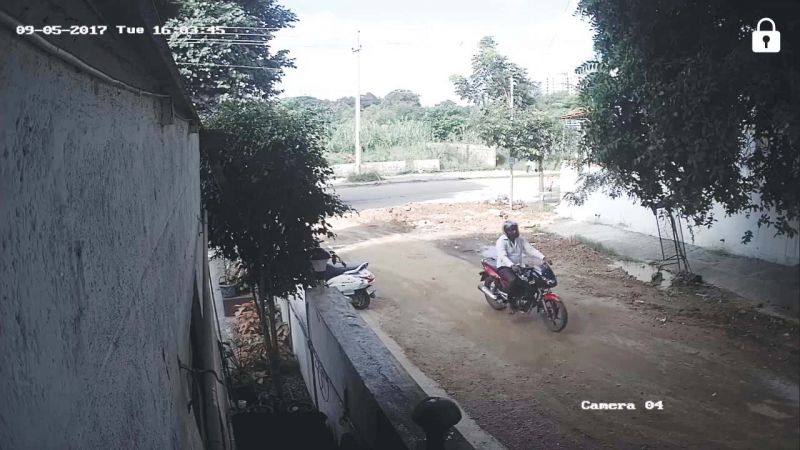 While the SIT has been unable to put names to the faces, by releasing the three sketches of two suspects prepared by professional artists based on different eyewitness accounts and crucial footage from CCTV cameras, and the video of one of the suspects on black and red Pulsar bike, carrying out a recce of area surrounding Ms. Lankesh’s house just four hours before she was shot dead, the SIT has shown that, contrary to public perception, they were making progress.

Police said that based on the CCTV footage that they had obtained and which tracked the men a full week prior to the shooting, the suspects seemed to be aged between 27 and 35.

Mr. B.K Singh IGP (Intelligence), who heads the SIT, ruled out professional rivalry angle as the motive behind the murder and said that all the other angles including activism and personal rivalry were also being thoroughly probed. He also maintained they had found no link, so far, between the murders of Ms. Lankesh and other prominent rationalists Narendra Dabholkar, Govind Pansare and MM Kalburgi, has been established.

Speaking at a press meet where the SIT released three sketches of the gunman and a crucial video, he said :  “We are yet to receive the bullets from agencies investigating the murder of Narendra Dabholkar, Govind Pansare and MM Kalburgi. In Ms. Lankesh’s case, the assailants used country-made 7.65 mm pistol."

On reports linking the murder to particular organisations, Mr. Singh clarified that the theories had been floated by the media and that SIT did not back them till now. Commenting on one of the suspects sporting a tilak and wearing an earring, Mr. Singh said that based on that, the religion of the suspect could not be ascertained as there was a possibility he could have done it to mislead the investigation.

Describing the sketches ‘quite accurate’, Deputy Commissioner of Police (West) MN Anucheth who is main Investigation Officer, said that the sketches were not computer generated but painted by professional artists. These sketches were far better than that of the suspects released after the death of MM Kalburgi. It is said that each sketch took more than 48 hours to complete.

However, the SIT so far has proceeded cautiously, claiming it has not yet laid hands on any concrete evidence nor does it have any solid clues in the case and is still seeking information from the public to nab the accused.

Ms. Lankesh was shot dead at her residence on September 5 following which the government set up an SIT to investigate the case.