Prime Minister Modi, who is well known for his ethnic headgear makes sure that he impresses his audience not only with his oratory skills but also with mix and match of clothing. (Photo: pmindia.gov.in)

New Delhi: Narendra Modi's Independence Day turbans have proved that he is the most fashionable Prime Minister the country has got.

His ethnic avatars and attire have always been a subject of interest for fashionistas and have caught the eyeballs of common people.

Prime Minister Modi, who is well known for his ethnic headgear makes sure that he impresses his audience not only with his oratory skills but also with mix and match of clothing.

What all were waiting when Prime Minister Narendra Modi was heading to deliver his fourth Independence Day speech from Red Fort, was his unusual attire. Like every time, Modi impressed the onlookers with his off-white and yellow-red turban with a long trail. 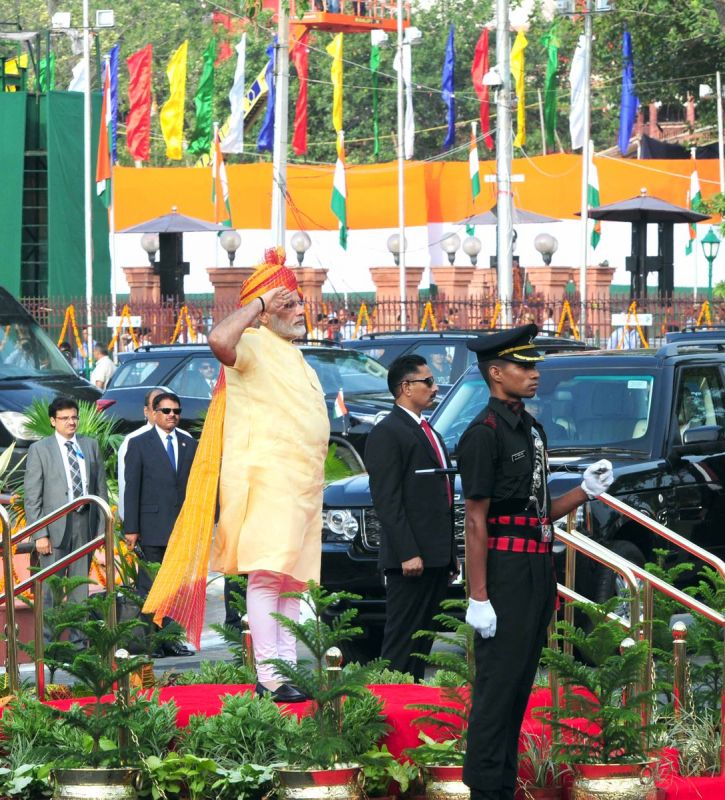 On the 69th Independence Day, PM Modi adorned a plain white kurta but what added cherry on the cake was his red-pink-yellow coloured Rajasthani safa which was much longer than the ones he wore in his first and second Independence Day parades. 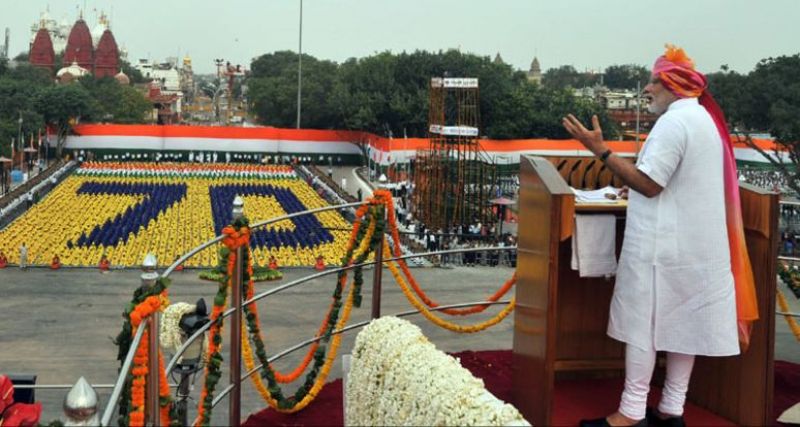 Widely acclaimed as one of the most well-dressed world leaders, Modi sported a cream coloured kurta along with a beige colour Nehru jacket. His turban had red and green tripes with a long safa. 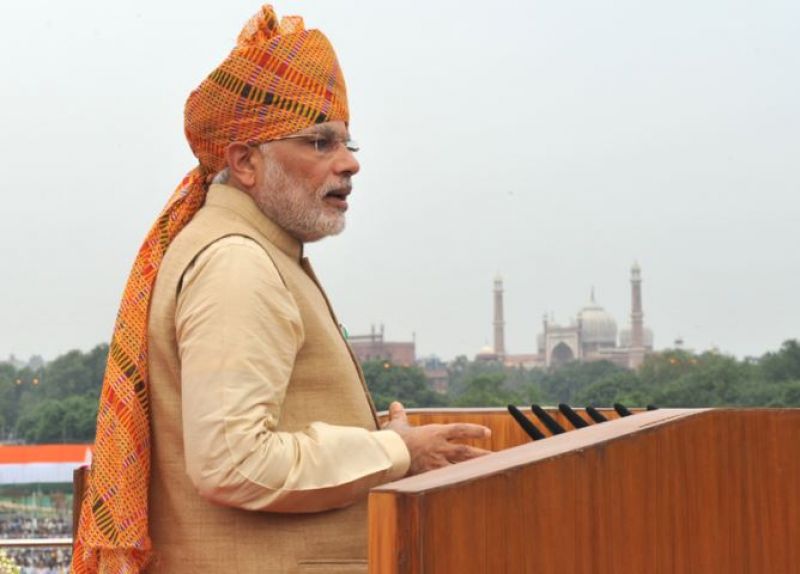 Giving his maiden Independence Day address as the Prime Minister after coming to power in 2014, Narendra Modi wore a half-sleeve cream coloured khadi kurta with an orange and green coloured Jodhpuri bandhej safa. This type of turban is commonly seen in Western India, particularly Rajasthan. 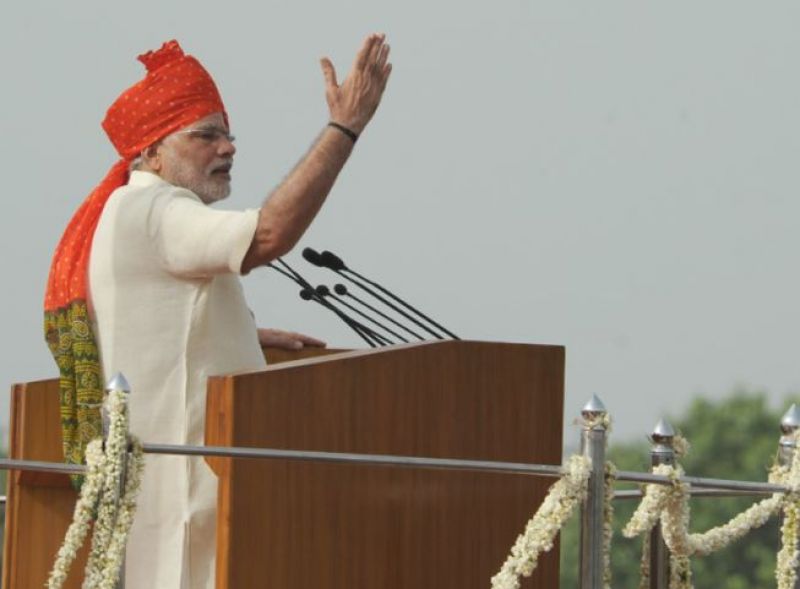 Prime Minister Narendra Modi has always been in the news for his traditional costumes during his foreign trips too. Internet has gone gaga over the way the Indian Prime Minister has been the man of the moment during his trips.

Modi's sense of dressing proves that he is not only a man of responsibilities but also has a strong nose for style and elegance.