Srinagar: The Jammu and Kashmir police late on Thursday night released CCTV pictures of the bike-borne assailants who might have shot senior journalist Shujaat Bukhari outside his office in Srinagar.

The photos show the assailants riding a motorcycle and a small sack which may have been used to carry the weapons for the shootout. While the assailant riding the motorcycle is seen wearing a helmet, the other two riding pillion are seen covering their faces using a mask. 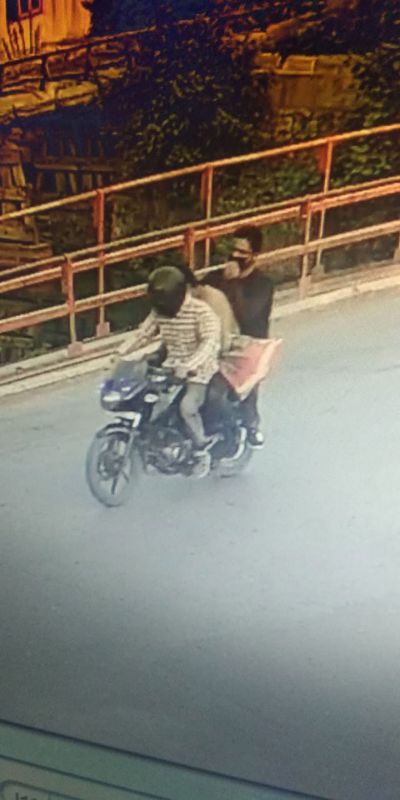 The Kashmir Zone Police took to Twitter to release the pictures on Thursday night and appealed to the public to keep an eye out for the bike-borne assailants.

Also Read: Voice of veteran journalist Shujaat Bukhari silenced, here's who he was

Bukhari had stepped out of his office in Press Enclave in Srinagar city centre Lal Chowk for an Iftar party on Thursday evening.

The journalist and two of his personal security officers were attacked and were rushed to hospital. The senior journalist died on his way to the hospital.

Both the personal security officers also died of their injuries.

This is the first attack on a journalist in a long time in Kashmir which has been facing severe attacks on civilians and security personnel in the recent past.