Panaji: A troop of 50 staff members marched out of Vijay Mallya’s 'Kingfisher Villa' on Saturday giving way to bouncers from Mumbai, brought in by the State Bank of India, after the lenders took physical possession of yet another prime asset of the liquor baron to recover the loans defaulted by him.

The palatial holiday resort was taken over after the revenue officials in Goa had on Wednesday allowed the lenders to take physical possession of ‘Kingfisher Villa’ in Candolim.

According to reports, the bouncers — over 40 of them distributed across the sprawling three-acre property — were not briefed about how long their stay at the famed villa would be, but the men are quite kicked about the idea of being there.

“Initially we were told by our agency that our client SBI’s property needed to be secured in Goa. It was much later that someone told us the property belonged to Mallya. Given the high-profile case, we were told to be keep a watch for media presence and be on our best behaviour,” Radheshyam heading the ‘bouncer team’ of Mumbai-based ADF security services said.

“For some of us, visiting Goa itself is a first, let alone visiting Mallya’s mansion,” he added. 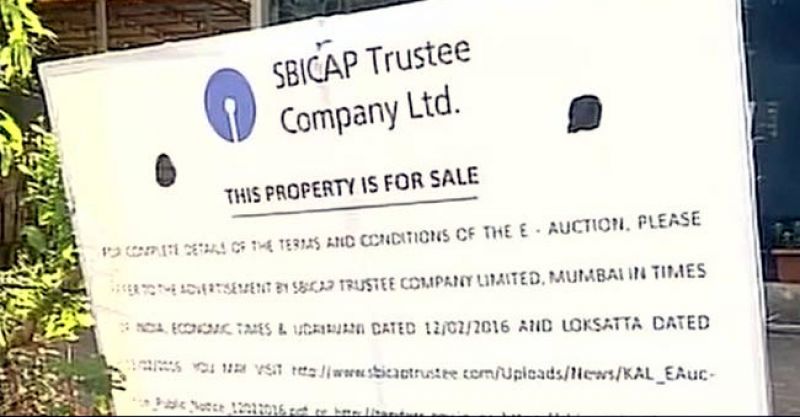 Revealing that the villa staff were allowed to take away some furniture and other movables along with their personal belongings, Radheshyam said that they also took away a few cars. “But two cars are still on the premises. Proper authorisation is needed to take them away,” he explained.

The villa, valued at Rs 90 crore, used to be Mallya’s base in Goa and also the venue of many of the famous parties hosted by him during his ‘good times’.

Advocate Parag Rao, who appeared on behalf of United Spirits, said that the company had withdrawn its claim before the collector on Saturday.

Representing the bankers’ consortium, SBICAPS had sought physical possession of the property under Section 14 of the Securitisation and Reconstruction of Financial Assets and Enforcement of Security Interest Act in late 2014.

Last week, media reports had said that Mallya put up a “villa manager” as a caretaker to thwart the bank’s attempt to take it over.

The villa was mortgaged to the lenders while obtaining loans for the now defunct airliner, but the caretaker, who claimed to be an employee of United Breweries, and the subsequent establishment of tenancy rights would have made it difficult for the banks to take over the property.

According to reports, bankers’ attempts to take possession of the villa were repeatedly stalled by USL, which claims the first right to buy the property as it is a tenant.

So far, the banks have recovered over Rs 1,400 crore by selling shares and collaterals and over Rs 1,200 crore is blocked in escrow accounts at Debt Recovery Tribunal, Bengaluru and the Karnataka High Court. Mallya had told the Supreme Court he was ready to repay up to Rs 6,800 crore of the total dues of over Rs 9,400 crore.

Last month, the consortium of banks had failed in its attempt to sell Kingfisher Airline’s erstwhile headquarters Kingfisher House in Mumbai because of the high reserve price of Rs 150 crore.

Attempts to sell the Kingfisher brands and associated trademarks carrying a reserve price of Rs 367 crore had also found no takers. Mallya left the country on March 2 for London. Earlier this week, the Government asked Britain to deport Mallya, citing the revocation of his passport and a non-bailable warrant against him.

Hyderabad: Many areas flooded in light rainfall due to poor state of nalas