New Delhi: External Affairs Minister Sushma Swaraj on Tuesday tweeted in support of a British couple who had a baby through surrogacy in India but may be forced to leave their surrogate daughter Lily in a Mumbai orphanage because UK government is delaying in processing her British passport.

“Should orphanage be the destiny of a surrogate baby?” Swaraj tweeted on Tuesday night. 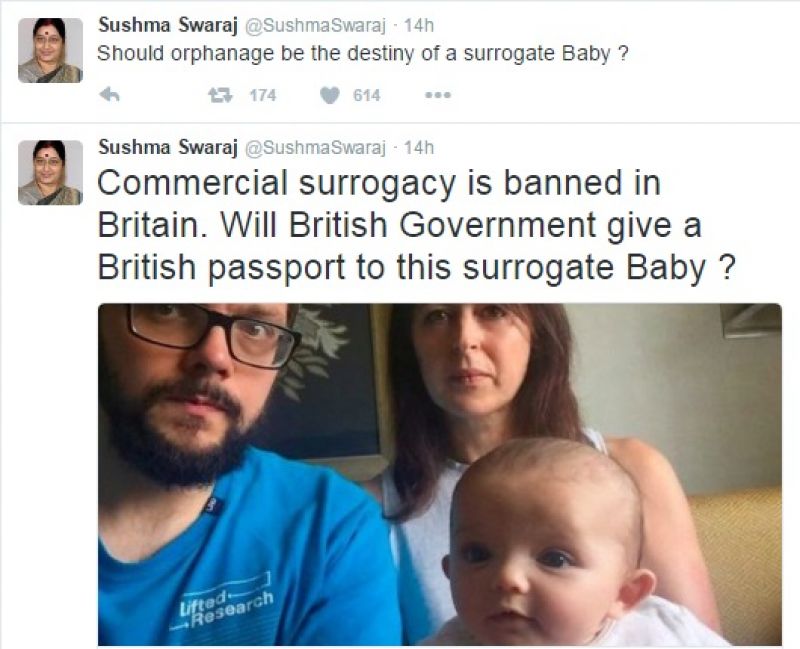 Chris and Michele Newman came to Mumbai four months ago on a medical visa that expires on October 7. The couple, in their 40s, had applied for Lily’s British passport on June 3, but according to the British consulate it might not be ready by October 7.

"We can't believe that we could be forced to do the unthinkable and leave our baby in India!" the couple from England has written in a petition on change.org.

In her tweets, the minister questioned the British authorities and also took a jibe at the critiques of the government’s new surrogacy bill, asking the ‘advocates of commercial surrogacy’ to come up with a solution. 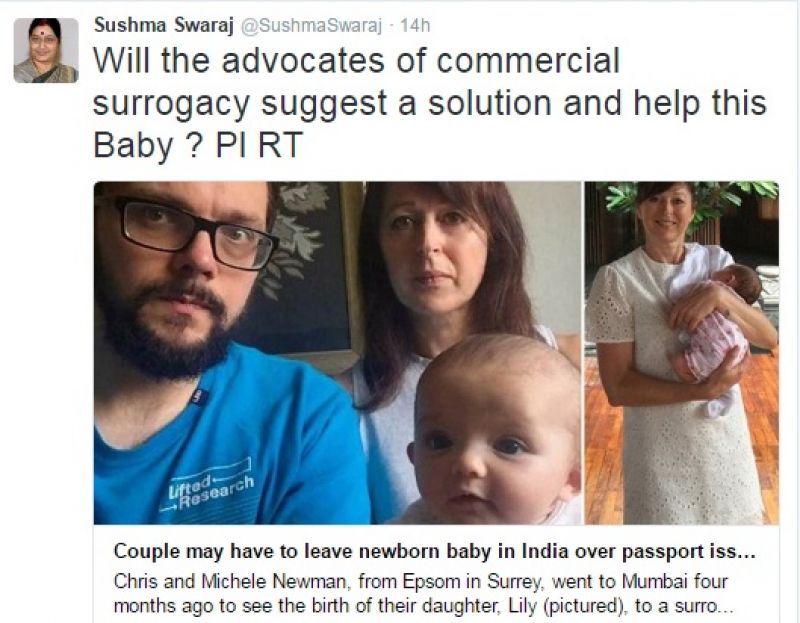 The UK Home Office has reportedly said that 3-month-old Lily’s passport will be issued only after necessary checks to safeguard her ‘interests’.

"I did have to do something no father had to - I was pacing around at 3 am, looking at orphanages in the middle of Mumbai," BBC quoted Chris Newman as saying.

The Indian government banned commercial international surrogacy last November but as the surrogate mother was already pregnant, they were legally allowed to proceed.