Family and admirers pay their last respects to Dr Hasanuddin Ahmed who passed away at his residence on Tuesday.

Hyderabad: Dr Hasanuddin Ahmed, who translated the Bhagwad Gita into Urdu, passed away at 6 am on Tuesday. He was 97. Dr Ahmed, the son of Nawab Deen Yar Jung, was ailing for the last three years. He is survived by his sons Shamsuddin Ahmed and Zaheeruddin.

In a double tragedy for the family, his cousin Major Ahmed Abdul Aziz, the son of Ruknuddin Ahmed, passed away a few hours later.

The salat-e-janaza (crematory prayer) for Dr Ahmed and Maj Aziz was performed at Masjid Aziz Jung and they were buried in the graveyard adjacent to Masjid-e-Almas Khan, Noor Khan Bazaar.

Dr Ahmed, a former IAS officer, belongs to the fourth generation of the Hyderabad elite who served the state of the Nizams and had very cordial relations with the royal family.

Dr Ahmed obtained a position in the Nizam’s Government in 1945 as assistant director of the ecclesiastical department. 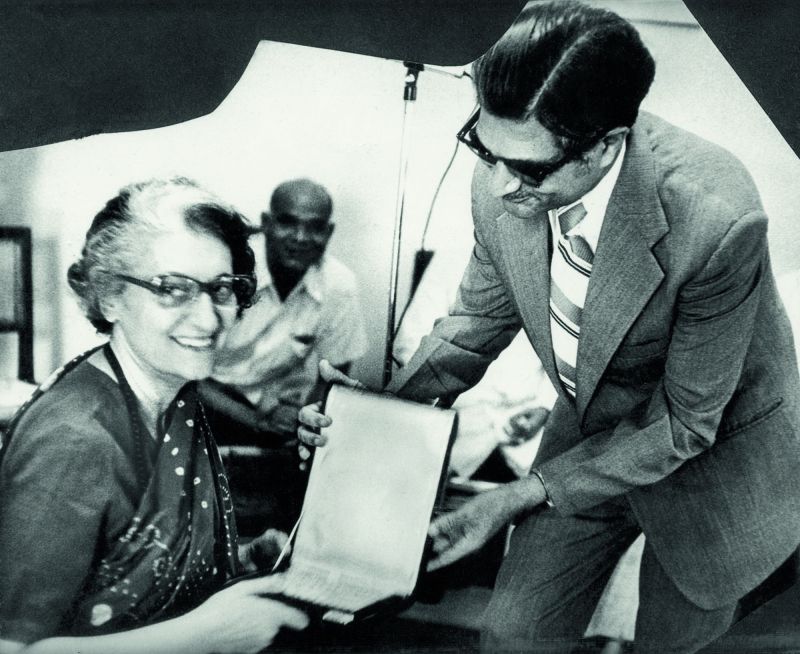 He served in various positions before being elevated to the IAS. Among his many achievements, two stand out: His stint as special collector responsible for land acquisition and rehabilitation for the Nagarjunasagar dam project oustees, and the formulation of a scheme for the development of urban Wakf property when he was posted as the officer on special duty in the Union law department in Delhi.

After his retirement in 1981, Dr Ahmed served as  member of the Central Wakf Council and as the chairman of the AP State Wakf Board. The last official government position he held was as chairman of the National Minorities Commission.

He was the only IAS officer on deputation post Independence to have attended with his spouse the very first celebration of India’s independence on August 15, 1947, at India House, London.

He was one of the privileged invitees to attend a function organised by Agatha Harrison in London where celebrities of the likes of Pathik Lawrence, Krishna Menon, Dr Abdullah, the well-known Islamic scholar, and Ibrahim Rahmatullah, the then High Commissioner of Pakistan, were present.

As part of the post-World War II reconstruction plan, the government of the Nizam had sent 300 students and officers to the US, the UK and Scandinavian countries in 1946 to study the policies there so that they could work to improve Hyderabad on their return.

Dr Ahmed was among those selected for that purpose. He spent several years in the UK, Germany, Greece, Czechoslovakia, Turkey and Switzerland.

While in Europe and Japan, he donated several Urdu books to the overseas libraries to promote the Urdu language under the ‘Pustak Daan’ movement in the mid-1950s.

He attended the World Pacifist Conference and the World Religion Congress in Japan to promote World Peace in 1954.

Dr Ahmed earned his PhD from the prestigious Indian Ivy League university, Jamia Millia Islamia, New Delhi. He has written over 25 books in Urdu and English.

He was recipient of the Makhdoom Award in 2003. It is the highest award constituted by the Urdu Academy.

Dr Ahmed was a scholar of Islam and prolific writer in Urdu and English. In 1973 he completed a monumental study of contemporary Urdu literature to arrive at the statistical frequency of word usage. He hoped this would contribute to the design of a proper curriculum for Urdu teaching and keep the language alive and flowering.
The book was released to much acclaim by then Prime Minster Mrs Indira Gandhi in 1973.

His translation of the Bhagawad Gita into Urdu was also released by Mrs Gandhi in 1976.

He translated this sacred book in 1945 and titled it ‘Naghma-e-Uluhiat’, which invited the wrath of his uncle Ghazi Yar Jung and Muslim scholars.

'Will continue to speak what is right': Pavan Varma's reply to Nitish on CAA remark