A devotee walks on burning coals at the Maa Maariamma Mela event in Jalandhar. (Photo: AFP)

Jalandhar: A six-year-old boy was rushed to hospital with serious burn injuries after his father dropped him on hot coal during a Hindu ritual, a doctor said on Monday.

The father was walking barefoot with his son Kartik in his arms on the red-hot embers when he lost his balance and fell during the ritual on Sunday, an AFP photographer at the scene said. 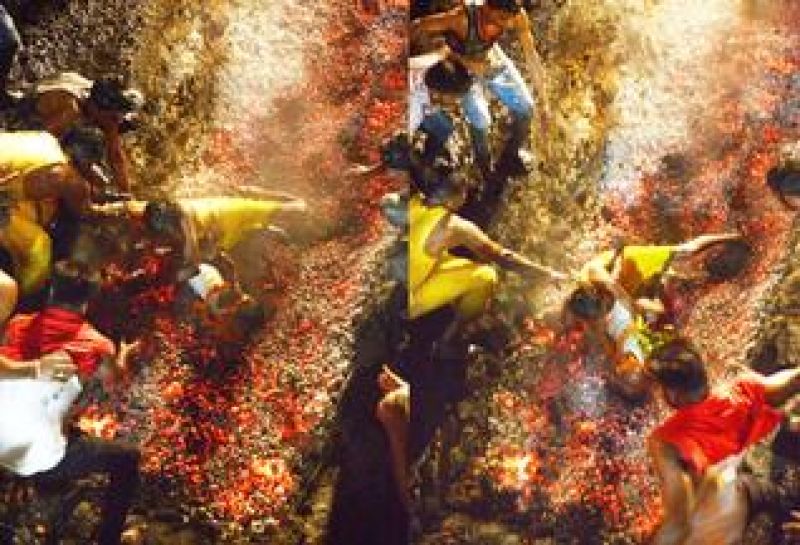 Bystanders rushed to the rescue and took Kartik to hospital after other family members refused to accompany him, saying they had faith in God to heal him.

"The boy was admitted last (Sunday) night in the emergency ward. He has burn injuries on his limbs and on one side of his trunk," doctor Jangpreet Singh told AFP.

"The father has also sustained about 15 percent burns. I think it will take at least five to seven days for their wounds to heal."

#ShockingVisuals of devotees walking on fire as part of ritual of an annual festival in Jalandhar(Punjab) (12/06/16)https://t.co/keco7NTPUT