The Chief Planning Officer of Vemulawada Temple Development Authority (VTDA), Laxman Goud, and his son were nabbed by the ACB officials at his residence in Hyderabad on Monday. (Photo: DC)

Hyderabad: Thorupunoori Laxman Goud, chief planning officer of the Vemulawada Temple Development Authority, was arrested along with his son by the Anti Corruption Bureau on Monday while the youth was accepting a bribe of Rs6.5 lakh on behalf of the official. 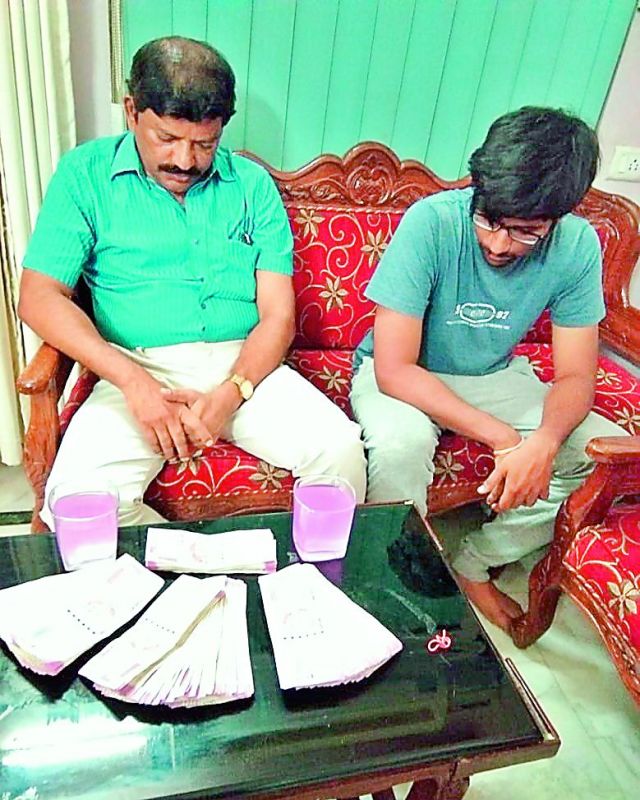 The duo was caught red-handed inside the premises of the GMC Balyogi Paryatak Bhavan at Begumpet on Monday.

The ACB said the officer had demanded a bribe from the complainant, Javvaji Sampath, a realtor of Vemulawada to process a file pertaining to approval of a layout at Rudravaram village of Vemulawada mandal. Mr Sampath and his friend Sandeep had applied for the permission. The ACB said that the officer made his son the conduit and was accepting the bribe through him. The agency’s sleuths had been alerted to the transaction by the realtor and his friend and reached the spot when the father and son duo was accepting the cash. Goud and his son were arrested, the ACB said in a statement.