A historic idol of Yoga Narasimha found in Penpahad village in Suryapet district.

A rare Yoga Narasimha idol and several other idols were found at the site, which date to between the 1st century and the 3rd century. 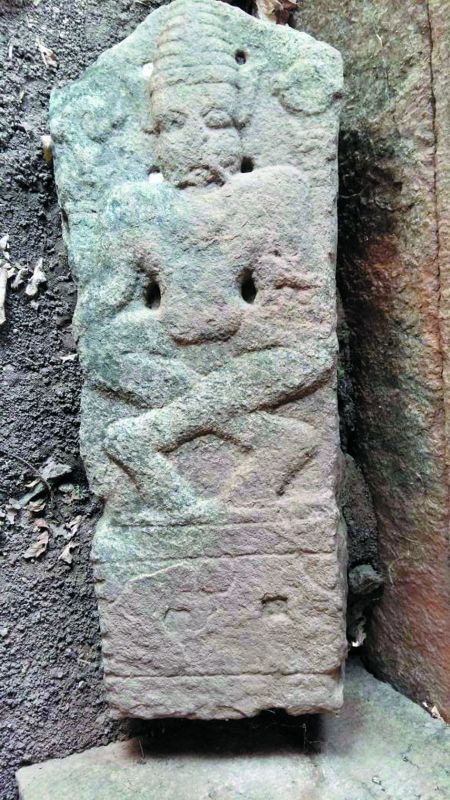 A historic idol of Yoga Narasimha found in Penpahad village in Suryapet district.

The ruins of a Shiva temple was also found, which had idols of Maisasuramardhini, Nandi, Naga, Naga Devatha and Bhairava. Some red ware items, a black ware hookah, terracotta beads and three ratna symbols of Buddhists were also discovered during excavations.

P. Nagaraju, assistant director of the department of archaeology and museums, is undertaking excavation at the site under the supervision of director N.R. Visalatchy.

He said the Shiva temple dates to 13th and 14th century. “We found a rare Yoga Narasimha idol at the site. Lord Narasimha is in a yoga posture,” he explained.

Meanwhile, archaeologists, who struck gold in Neremetta and Palamakula pre-historic megalithic burial sites in Siddipet district of the state, have stopped further evacuations and are looking for new sites. 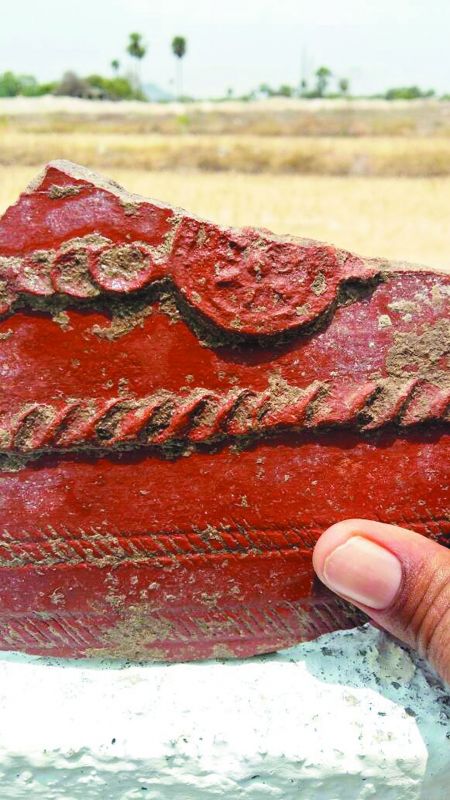 Other rare finds from the site.

Considered one of the most successful excavations in recent times, the experts found a six-feet tall human skeleton, red/black pottery, iron implements, knife, sickle, hook and rare bone ornaments in Palamukula. All these dated to 1,000 BC and 200 AD.

“Excavations at both these sites are the most successful in recent times. We found several priceless objects that throw light on pre-historic civilisation. We found a rare bone ornament from 1,000 BC, which will throw more light on the life those days. In the past we found a bone comb,” Mr. Nagaraju disclosed.

Similarly, they lifted a 40 ton capstone, the biggest so far found in South India, at the pre-historic Menhir burial site in Neremetta village of Naganur Mandal, Siddipet district. The capstone, with a length of 6.70 metres, width of 4 metres and 65 cm thick, was moved with heavy cranes.

There are 50-odd megalithic burial sites in the area and are classified into three types: Menhir, Cairns and Dolmens.

Arm bones, three red ware pots, two mixes of black and red ware broken pots and an iron tool were found by archaeologists below a smaller Menhir nearby.

The bones and other findings will be sent for DNA testing to CCMB to study the life of pre-historic people, their lifestyle, food habits and culture.

Hyderabad: Many GHMC officials down with Covid-19