Nagpur: A slipper was hurled on Thursday at JNU student leader Kanhaiya Kumar when he was delivering a speech at an auditorium in Congress Nagar, in Nagpur while some Bajrang Dal workers earlier threw stones at a car carrying him.

Haridas Shende, an ABVP activist, missed the target, and was beaten up by some people present at the venue and handed over to the police.

Kumar, who is out on bail after arrest on sedition charges by the Delhi police, on Thursday paid tributes to Dr Babasaheb Ambedkar at the Deekshabhoomi in Nagpur on the occasion of the iconic leader’s 125th birth anniversary. He later spoke at a program organised by Rashtrawadi Youth Congress and others. 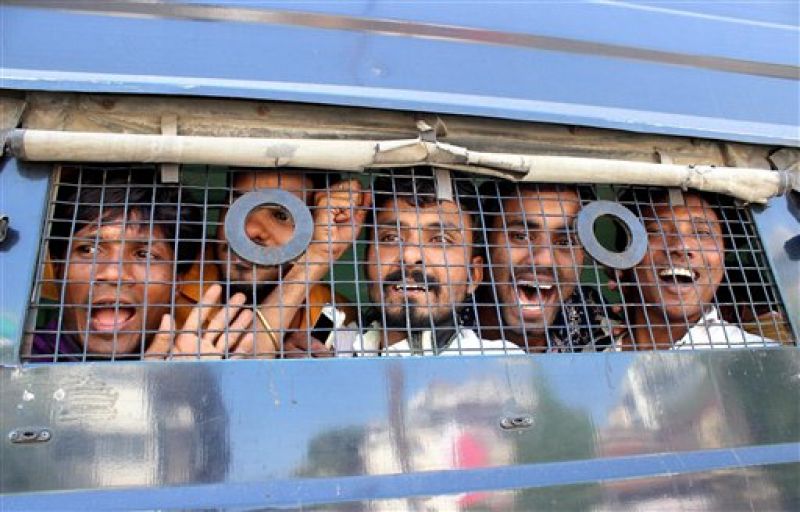 As soon as he entered the auditorium, there was commotion and slogan-shouting. The police rounded up 19 youths for trying to disrupt the speech. Shende then hurled a slipper at Kanhaiya, but missed.

Earlier in the day, when Kanhaiya who was received by Rashtrawadi Youth Congress leader Salil Deshmukh and NCP MLC Prakash Gajbhiye, a group of Bajrang Dal activists pelted stones at his car near the airport.

In his speech, Kanhaiya said such “undemocratic and intolerant” incidents did not deter him. “You can’t scare me off by throwing stones and shoes at me,” he said.

No BRS for car symbol in Munugode bypoll