You can trust Donald Trump. He will do it again and again. He has wrapped a Christmas gift for this season with his latest tweet which twice includes the word —‘Smocking Gun’. Having gifted the world endless merriment with his early morning ‘covfefe’ last year, the US president sent off a mirthful spoonerism into Twitter this time too.

Or, should all mis-tweets of the Twitter era be called ‘Trumpisms’ in the future rather than Sponnerisms, which are anyway errors in speech rather than text. Well, ‘Smocking Gun’ from the itchy Trump Twitter fingers will be right up there in the humour stakes among quotes or misquotes of the year this time too. 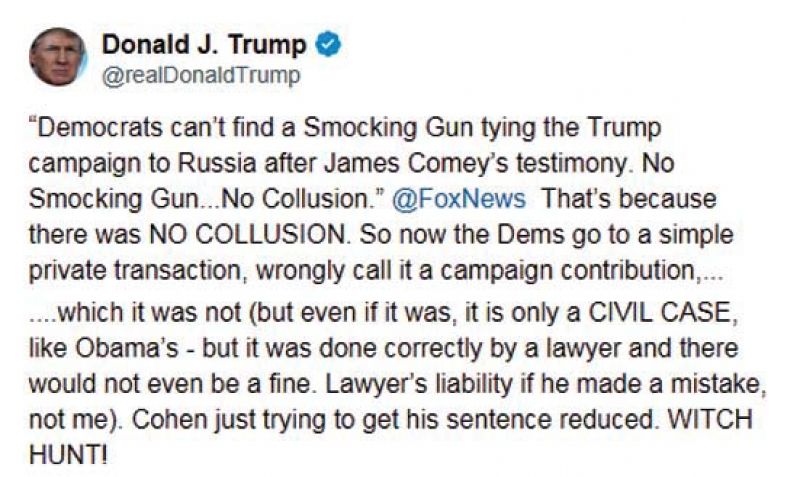 “Democrats can’t find a Smocking Gun tying the Trump campaign to Russia after James Comey’s testimony. No Smocking Gun… No Collusion,” Trump wrote on Twitter on Monday. Needless to say, Twitterati pounced upon it and searches zoomed and trended for the meaning of the new coinage with “smocking”, which is a type of embroidery made of many small folds.

Many people may have tweeted their guesses or suggestions for what a ‘Smocking Gun’ might be, but it was the actress Mia Farrow who gave it a touch of brilliance with an image of a ‘Smocking Gun’ that is certain to become an Internet sensation. That picture is worth a thousand words.

Given that ‘covfefe’ became a word of the year in 2017, what odds ‘Smocking Gun’ will be in the list of unusual words for 2018?  Trump had followed up ‘covfefe’ with a tweet reading, “Who can figure out the true meaning of “covfefe” ??? Enjoy!” making it sound as if he had deliberately invented the word rather than admit that his sleepy eyes may have misguided his twitter fingers at an impossibly early hour in the morning from the comfort of his White House bedroom.

Late night chat show hosts are having a whale of a time with ‘Smocking Gun’, understandable for a country with a firearms obsession. More serious purveyors of news are pointing out that Trump once made fun of Barack Obama for changing his Chief of Staff thrice. “3 Chief of Staffs in less than 3 years of being president,” Trump had tweeted once - somewhat short on the grammar front with “3 Chief of Staffs” rather than “3 Chiefs of Staff”,  but never mind. 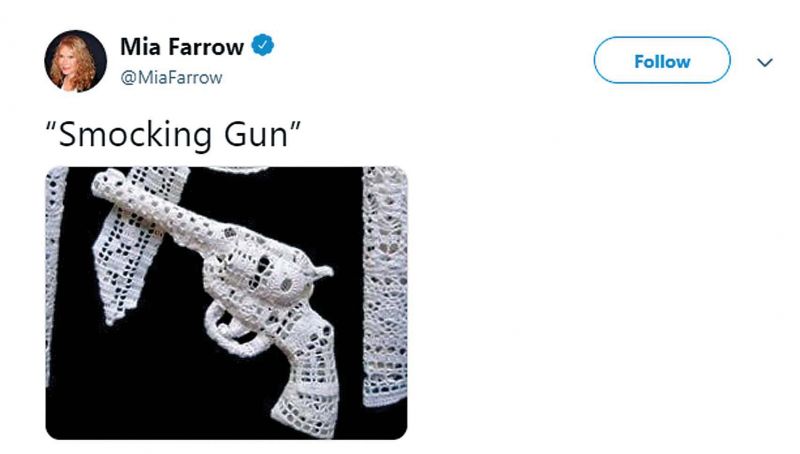 Commentators are pointing out that Trump may soon beat the Obama record as he is already looking for a third Chief of Staff within two years at the White House as John Kelly will be leaving by the end of the year, but there are few takers.