Patience and time, Rahul tweets as mystery deepens over CMs of 3 states

New Delhi: The wait for the new chief ministers of Hindi heartland Madhya Pradesh, Rajasthan and Chhattisgarh seem to be extended by a few more hours.

Thursday was intense for Congress president Rahul Gandhi, whose party with majority of votes in these three states, staked claim to form the government.

Rahul Gandhi’s official residence in Delhi’s Tuglaq Road was abuzz with politicians and probable CMs flocking to meet him.

On Thursday evening, Madhya Pradesh’s top chief ministerial contenders Kamal Nath and Jyotiraditya Scindia met with Rahul Gandhi, but no announcement was made.

Rahul Gandhi tweeted a photograph of himself flanked by Kamal Nath and Jyotiraditya Scindia and quoted Leo Tolstoy – “The two most powerful warriors are patience and time.”

The two most powerful warriors are patience and time.

According to sources, Kamal Nath is Rahul Gandhi’s pick for Madhya Pradesh Chief Ministerial post and his swearing-in is likely on December 15.

However, while leaving the Congress president’s house after the meeting, Kamal Nath said, “I am leaving for Bhopal, MLAs meeting will be held and we will announce the CM name after that.”

Scindia said, “It is not a race, it is not about kursi, we are here to serve the people of Madhya Pradesh. I am leaving for Bhopal and you will get to know the decision today.”

The formal announcement is expected around 10:30 pm tonight.

Earlier today, a huge poster outside the Congress office in Bhopal congratulated Kamal Nath for being named the Chief Minister of Madhya Pradesh. 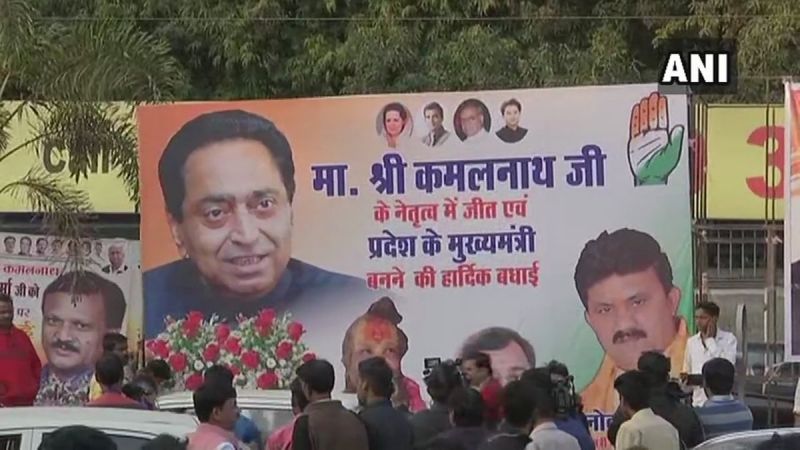 The Congress office in Bhopal was lit and supporters congregated outside in large numbers. Kamal Nath's poster was seen everywhere. 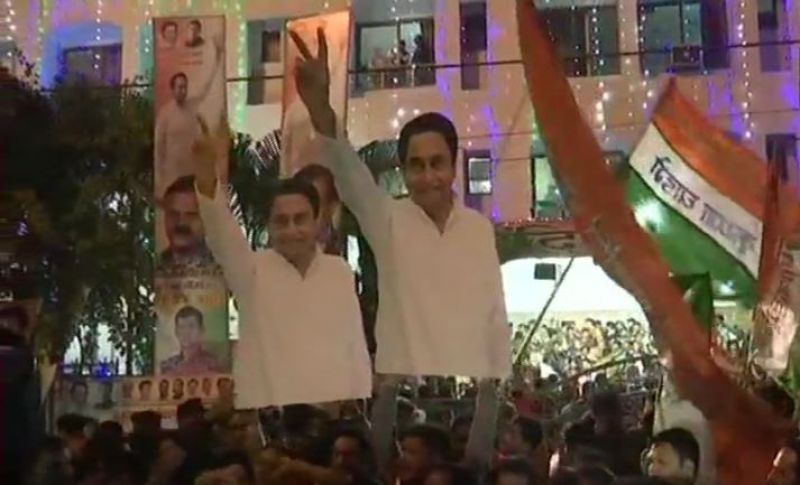 While Rajasthan Congress chief Sachin Pilot is eyeing the top post after the party won 99 of 199 assembly seats, rumours are adrift that two-time chief minister and veteran politician Ashok Gehlot may rule the state for the next five years.

The decision on who will be the chief minister of Chhattisgarh will be taken on Friday.

With mounting tension, Sonia Gandhi and Priyanka Gandhi Vadra rushed to Rahul’s residence to help him in his choice of CMs for the three states.

Rahul Gandhi earlier held a slew of meetings with senior party leaders, including central observer A K Antony and AICC general secretary in-charge of the state Deepak Babariya, before deciding on the chief minister.