Sabarimala: Life is heavier than palanquins

Devotees being carried on palanquins in Sabarimala on Sunday.

Sabarimala: The palanquin carriers of Sabarimala sweat it out day and night  carrying the weight of the disabled and also important pilgrims and end up paying a heavy price as far as their health is concerned. But some 1,500 palanquin carriers there have no alternative as they have to support their families by their earnings which are not much.

“The burden of caring for a  family of six lies entirely on my shoulders,”  says K. Senthil from Vandiperiyar  showing the scars on his shoulders formed by carrying palanquins  to and fro Pampa and Sannidhanam route  for the last seven years. The workers, a majority of whom are from Tamil Nadu, have no shelter though they  endure great physical strain.

“We suffer from various illnesses after each pilgrim season and we will have to spend for our treatment. But again we await the next season to earn some money,” Senthil, who is in his early sixties, said.

Over 300 palanquins are operated at Sabarimala. A round trip to Sannidhanam and back to Pampa will be charged Rs 3,400, out of which Rs 200 is paid to the Devaswom Board office. The rest of the money is divided among the four persons carrying the palanquin. On an average, each palanquin (dolleys)  would complete a minimum of three to four trips daily. 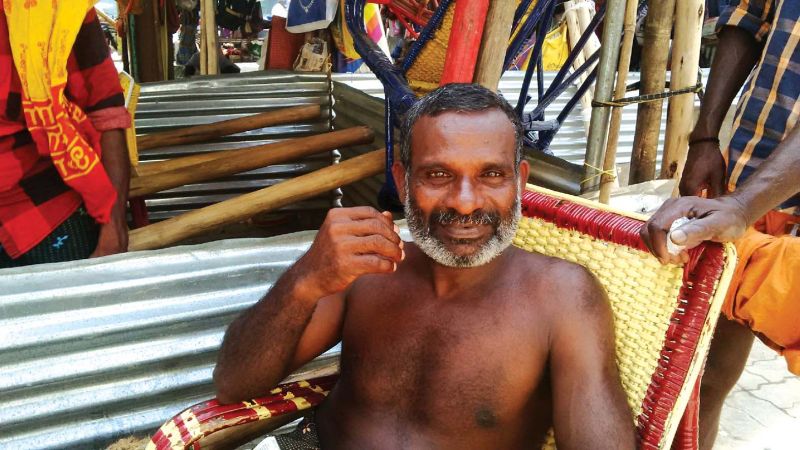 “We do not have a proper place to rest for at least 10 minutes after each trip. There is no shelter  even to sleep. The shed in which we stay at night is open on all the three sides, and will be inundated with water during rainy days. The authorities forget that we also contribute to their income, paying off a share of our earnings,” Senthil added while holding one of the four legs of the  palanquin that carried a pilgrim onto his shoulder.

■Life at Sabarimala: His belief gives Swamiji a leg-up

Report cases of parents' death, appeals of adoption to police or CWCs: Govt