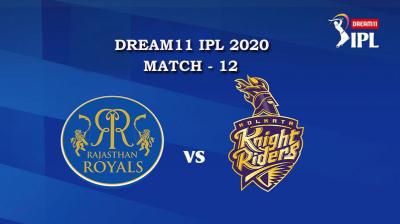 Judge, Small Causes Court -II, S. Umamaheswari said considering oral and documentary evidences it proved that the accident had occurred due to the rash and negligent riding of Sasikumar. (Representational image)

Chennai: The Motor Accident Claim Tribunal, Chennai,  directed a private insurance company to pay a compensation of Rs 15 lakh to family members of a 51-year-old security guard, who died in a road accident. He was knocked down by a speeding two-wheeler in the city two years ago.

In the petition Lalitha submitted that her husband Thangamani, 51, was working as a security guard and earning a salary of Rs 14,000 per month. On January 10, 2017, at about 9.30 pm he was crossing the road on R.K. Mutt road in R.A. Puram. A motorcycle (bearing registration No. TN 06 R 0577) moving in a rash and negligent manner and at a great high speed had hit him. He was thrown out and sustained multiple injuries.

Thangamani was rushed to Rajiv Gandhi Government General Hospital for treatment. He succumbed to injuries in spite of treatment given to him.

She said the family members had depended on the income of her husband. Following his death the family members were facing hardship. M. Sasikumar, owner and rider of the two-wheeler and United  India Insurance Co Ltd., insurer of the vehicle, vicariously and statutorily liable to pay compensation of Rs 25 lakh to them.

The insurance firm denied the allegation and stated that M. Sasikumar had not produced the vehicle records and his driving license. Hence the firm was not able to know as to whether M. Sasikumar has an insurable interest in the vehicle that was alleged to have been involved in the accident. Without proof the firm is not liable to indemnify Sasikumar for the loss arising out of the accident.

Judge, Small Causes Court -II, S. Umamaheswari said considering oral and documentary evidences it proved that the accident had occurred due to the rash and negligent riding of Sasikumar. Hence, this tribunal holds this accident took place due to negligence of Sasikumar.

The family members are liable to receive a compensation of `14.92 lakh from the insurance firm, the judge said.