New Delhi: Commemorating the occasion of International Nurse Day, President Ram Nath Kovind on Saturday addressed a gathering at an event organised by the Ministry of Health in the national capital hailing nurses as the 'true nation builders'.

"Indian nurses have earned respect for themselves around the world. In many countries' health-services, especially in Gulf countries, Indian nurses are serving in large numbers. Their efficient services and disciplined work-style have gained people's affection and appreciation," said the President.

He also expressed his gratitude towards the entire nursing community for playing a vital role in keeping our country healthy.

"You all (nurses) play a critical role in keeping the country healthy. You have served the country through nursing with loyalty and dedication. This country is thankful to all the nursing personnel," said President Kovind. 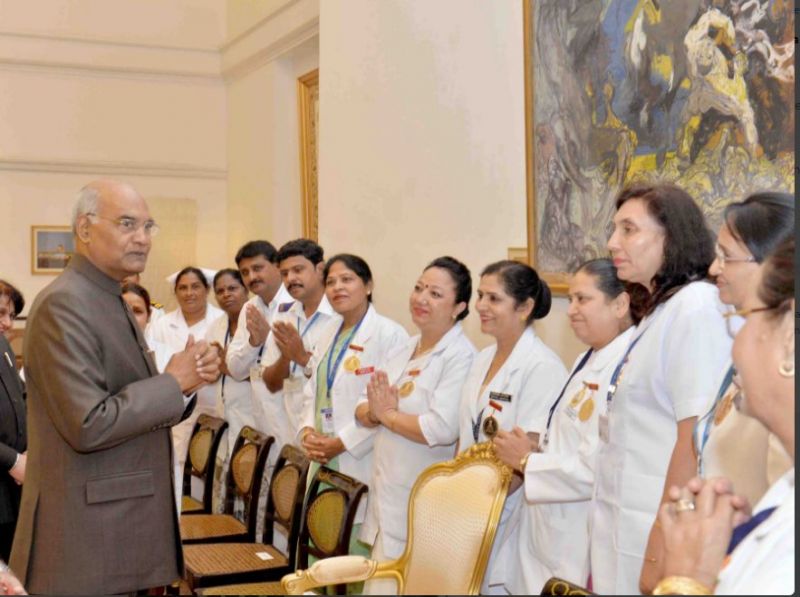 Taking to his Twitter account, he highlighted the shortage in the number of nurses in the country, saying, "At present, there are 1.7 nurses per 1,000 people in India, and the world average is 2.5 nurses. In the past few years, the number of registered nurses and other health workers has crossed 27 lakh (till March 2017). But this number is not sufficient."

International Nurse Day is celebrated on May 12 every year, commemorating the birth anniversary of English social reformer and the founder of modern nursing, Florence Nightingale, and in appreciation of the contributions of nurses to society around the globe.

Ban on PFI: Security beefed up in coastal and north Karnataka regions