Andhra Pradesh: Many turn up for final journey of Nishit

Telugu Desam national general-secretary and AP minister Nara Lokesh consoles minister and father of Nishit, who died in a road accident along with his friend Kamani Raja Ravichandra, in Nellore on Thursday.

Nellore: Thousands of people turned up for a last glimpse of Nishit, the son of urban development minister Dr. P. Narayana, and pay floral tributes to him at Narayana Medical College grounds in Nellore on Thursday.

Nishit, 23, and his friend Raja Ravichandra have died in a horrific accident in Hyderabad in the early hours of Wednesday. His body was brought to Nellore on Wednesday night.

Mr. Narayana, who was in London when the mishap took place, reached Nellore during the early hours of Thursday. Everyone in the family broke down when he came to see his son’s body.

A large number of people took part in a funeral procession taken out from Narayana Medical College to Penna River Bank. Ministers and Mr Narayana’s family and relatives followed the rally in two separate buses.

Barring a few ministers, the entire AP Cabinet, including the Chief Minister’s son, Mr Nara Lokesh, came to Nellore and they were with the minister till all the rituals were completed at the banks of the Penna River. 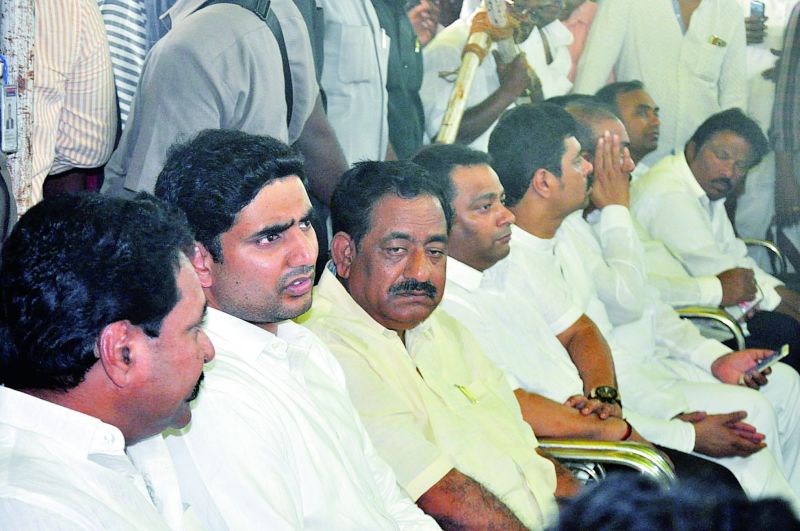 AP ministers and leaders at the funeral of Nishit in Nellore on Thursday.

Those who could not make it included Pithani Satyanarayana, K.E. Krishnamurthy, Kaluva Srinivasulu and Kodela Siva Prasada Rao. Mr Yanamala Ramakrish-nudu is in the team accompanying the CM.

Dad maintains his composure
Despite the loss of his only son, Andhra Pradesh urban development minister Dr. P Narayana maintained his composure till he performed the last rites on Thursday.

He was seen greetinge everyone who called on him with folded hands, keeping his emotions at bay. It was a heart-wren-ching sight for the people present to see a father lig-hting his only son’s pyre.

At least 15 to 20 friends of Nishit also came to be part of their friend’s last journey. Some of them burst into loud wails when Dr. Narayana performed the rites.

“He seems to have told himself to remain composed because his entire family will go into depression if he breaks down. He also may want to indicate to the thousands of Narayana employees he is keeping things together,” a close aide said. 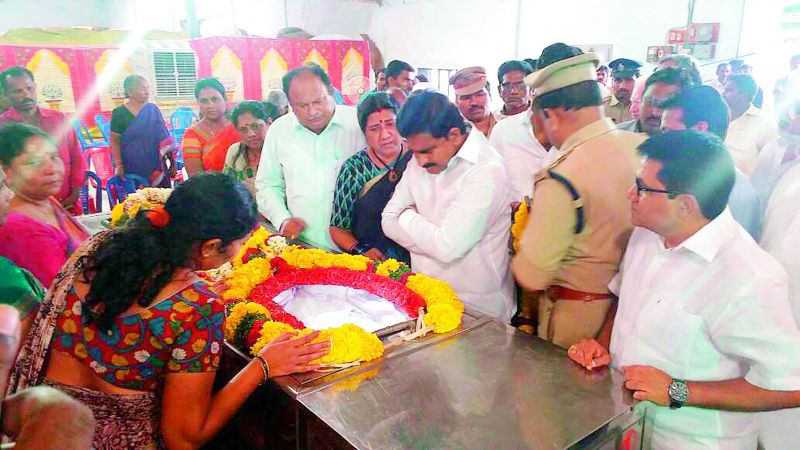 He said Dr. Narayana was calm despite everyone else around him breaking down when he reached the spot. After spending two hours near his son’s body, he went to his home to mentally prepare his daughter, Sindhu, to see the body after he came to know that she had been traumatised by the death and not willing to the see her brother’s body.

Sindhu looked after the management of Narayana institutions before Nishit joined her as director to take care of marketing.

Maharashtra schools reopen, govt hopes students will enjoy being back to classrooms