Karnataka: Power shock to make you sweat this summer

Bengaluru: It’s not just a rise in electricity charges, it’s also retrospective from April 1! Citizens of the state and Bengaluru in particular will have to cough up more towards electricity from this year. The Karnataka Electricity Regulatory Commission (KERC) has sanctioned an upward revision of power tariff by 8 per cent.

Chairman of the KERC M. K. Shankarlinge Gowda said on Tuesday the tariff has been revised between 15 paise per unit to 48 paise per unit. Although the tariff revision was announced on April 1,  it is applicable from April 1 onwards. Although the ESCOMS had sought for a revision of Rs. 1.48 through a petition, the KERC after hearing them allowed for a hike of 48 paise, he said.

The monsoon failure and lack of power generation at Sharavati has forced the ESCOMS to buy power at higher price. Hydel power can be generated at 70 paise per unit while the power had to be purchased at Rs. 4.5 per unit. This alone accounts for Rs. 300 crore per month, said Mr. Gowda. 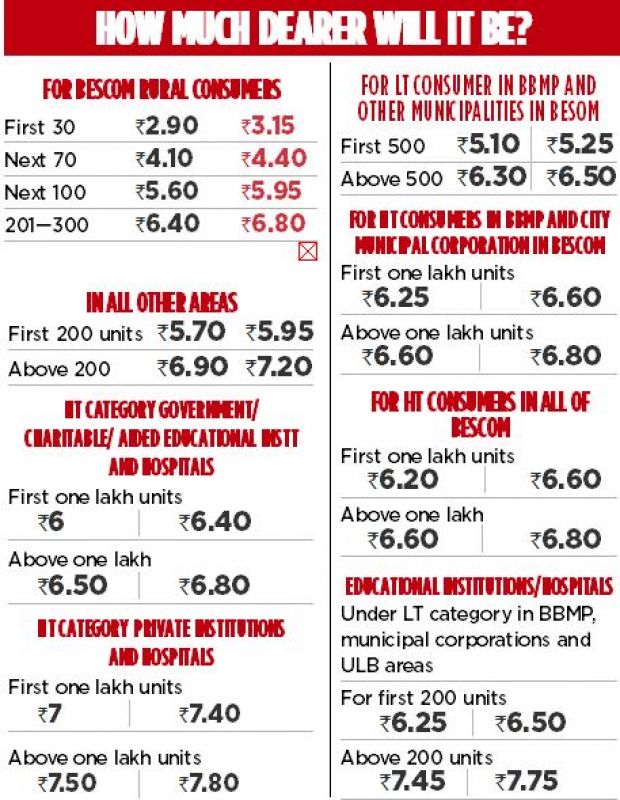 KERC shock: 48 paise per unit tariff hike from April 1
Although the different ESCOMS had sought a hike of Rs 1.48 per unit, the KERC had allowed an increase of only 48 paise per unit, M. K. Shankarlinge Gowda explained.   As for Bescom, he said three more slabs had been created in the tariff order  for domestic consumers.

"As  urban consumers, especially those in Bengaluru consume more power than consumers in other parts of the state, they must pay more for it  and so the KERC has introduced three more slabs for urban consumers and two more for rural consumers under Bescom," he added. 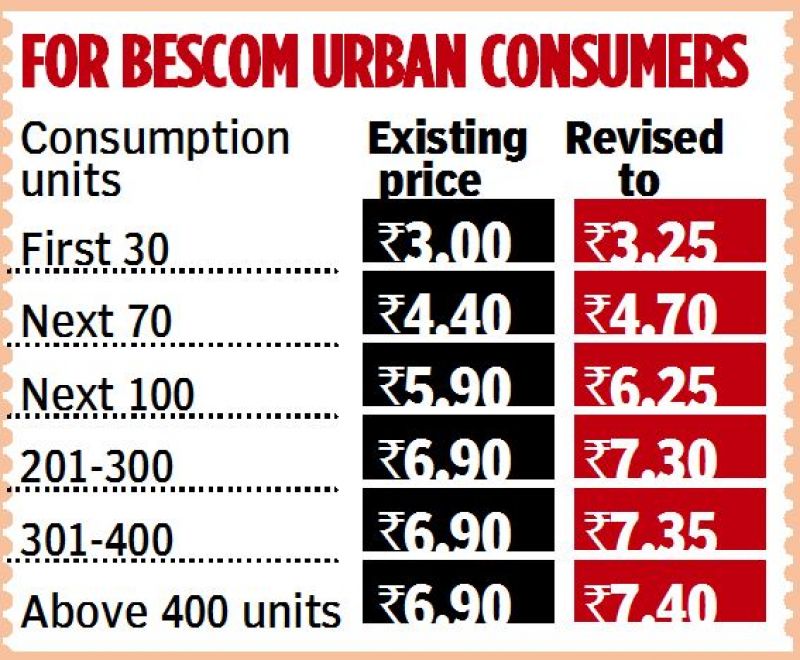 "Effluent treatment plants under HT 2A category have been given a rebate of 50 paise per unit  and educational institutions and hospitals will see a tariff hike of between 25 paise and 30 paise per unit," the chairman said.

Consumer grievance redressal meeting
The KERC has issued guidelines to all the ESCOMs to conduct regular consumer grievance redressal meetings before releasing the tariff order. "Often consumers grievances are not heard by lower rung officers and are taken to MDs and seniors. But now the KERC has asked officers of each sub-division to conduct these meetings regularly," Mr. Shankarlinge Gowda said.