The two sides held discussions to address the situation arising out of the recent ceasefire violations in Poonch sector.

Srinagar: In the backdrop of recent exchange of small arms fire between the facing troops, a flag meeting of Indian and Pakistani army officers was held at Chakan-da-Bagh crossing point along the Line of Control (LoC) in Jammu and Kashmir’s Poonch district on Tuesday.

He said, “The representatives of the two nations deliberated on the recent ceasefire violations in Poonch sector and (how to) address the issue.” He added that in the 30-minute-long the ‘Colonel’ ranked officers leading the respective delegations acknowledged each other’s efforts in maintaining peace and tranquillity on the LoC in the recent past. 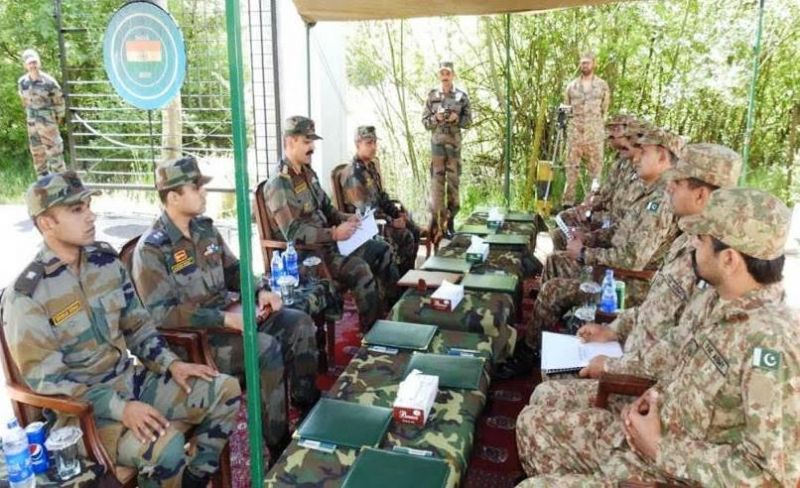 “Both sides mutually agreed to and acknowledged the importance of exercising restraint on the LoC and keeping the communications alive through established reconciliation mechanism of exchange of hotline messages and flag meetings”, the spokesman said adding the flag meeting ended on a positive note with both sides reaffirming their faith in ensuring everlasting peace and tranquillity on the de facto border by “redressing mutual concerns on priority in the future”.

Earlier this week, the facing armies exchanged fire in Shahpur sector of Poonch , breaking a lull of over six months. The Indian Army had alleged that Pakistani troops resorted to unprovoked firing at their positions on the LoC in Shahpur sector of Poonch and that the ceasefire violation by Pakistan started around midnight and continued till 4.30 am on Sunday. They said the Pakistanis used automatics and mortars and that Indian troops responded effectively using same calibre weapons.

In Islamabad, the Pakistani military authorities had alleged that it were the Indian troops who initiated the firing in violation of November 2003 ceasefire agreement. There was no casualty or damage on either side.

R-Day parade to witness fly-past of 75 aircraft, display of 10 scrolls for first time