Mumbai: The Maharashtra government accepted the demands of thousands of agitating farmers who have been marching into the city of Mumbai over the past two days.

According to state minister Chandrakant Patil, the Devendra Fadnavis government gave its word of honour in writing after it met a representative group of farmers, earlier on Monday.

“We are very happy. Our demands have been met. We will be getting back our land which is like mother to us,” Suresh Jairam, a farmer from Nashik, said.

Azad Maidan in south Mumbai had turned into a sea of red on Monday morning as thousands of farmers, carrying red flags, converged here after walking around 180 kilometres under blazing sun over the last six days.

The farmers had planned to surround the Assembly complex to press for their demands of an unconditional loan waiver, and transfer of forest land to tribal farmers who have been tilling it for years.

They reached Azad Maidan early on Monday, after camping at KJ Somaiya Ground in Sion area.

However, Amitesh Kumar, Joint Commissioner of Police (Traffic) on Monday said that no road would be closed due to the protest march by the All India Kisan Sabha's farmers.

Kumar said, "No road closure or diversions will happen due to Farmers' Morcha now." 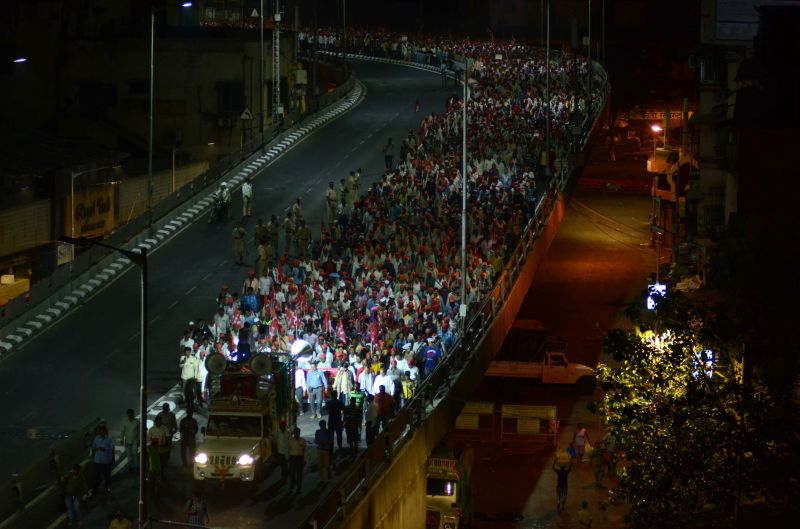 The CPI(M)-affiliated All India Kisan Sabha, which was spearheading the protest, said it will consider what the government has to offer.

CPI(M) leader Ashok Dhawle confirmed that over 50,000 people had joined the protest.

"We will begin our rally after 11 am today so that students appearing for their Class 10 board exam don't face any difficulties," he said.

Indigenous groups from Thane district had joined the farmers from Nashik district to partake in the protest. 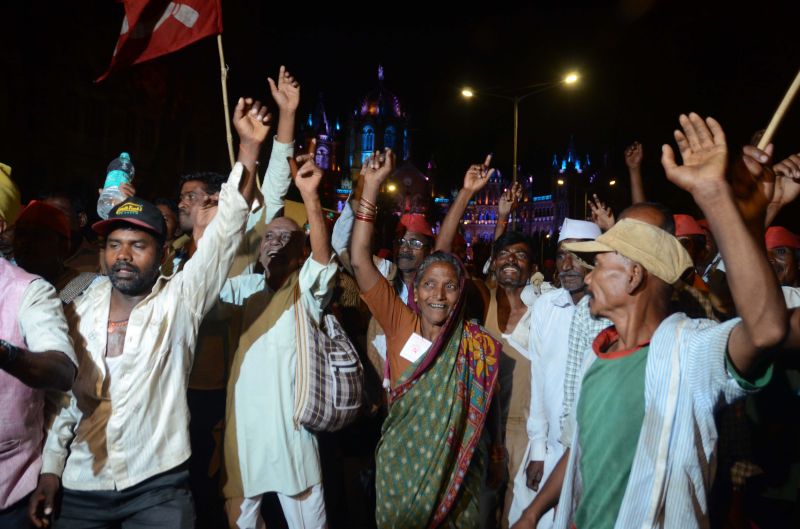 Maharashtra Chief Minister Devendra Fadnavis on Sunday night had said his government will talk to the farmers who have undertaken a ‘Long March' to the city to press their various demands.

"We will talk to them and sort out their issues. The government is positive on their demands. Most of the agitators are tribals, and their main demand is forest land rights," Fadnavis said.

"We have set up a committee of ministers to hold discussions on their demands. I have invited them (farmer leaders) for talks," he said.

Maharashtra minister Girish Mahajan, who welcomed the march at Mulund in suburban Mumbai on Sunday, also said the government, which has earlier met demands made by farmers, will consider their latest ones. 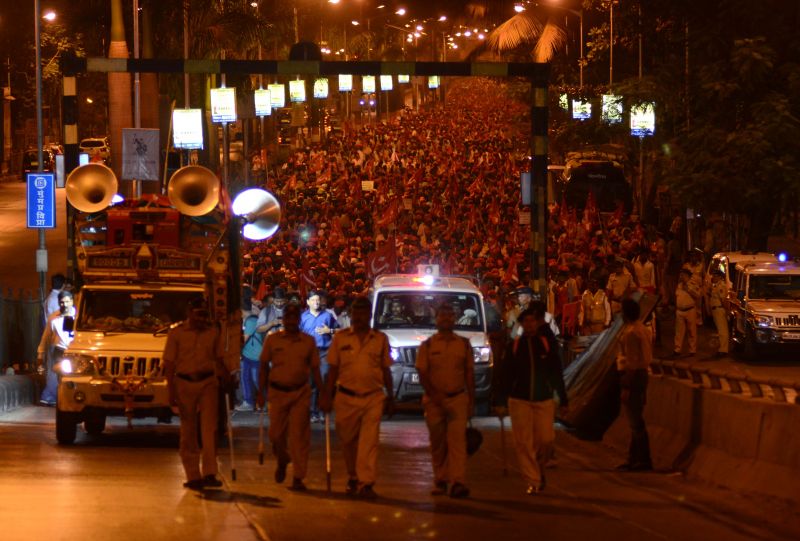 The opposition Congress, Nationalist Congress Party (NCP), Maharashtra Navnirman Sena (MNS) and also Shiv Sena, which is part of the BJP-led ruling alliance in the state, have extended support to the farmers' demands.

In November 2017, the state government announced a farm loan waiver, terming it the "biggest loan waiver in Maharashtra's history".

In February 2018, state Governor Vidyasagar Rao told the state legislature that the government has transferred over Rs 12,000 crore into bank accounts of 31 lakh farmers.

Farmers also want the implementation of the MS Swaminathan Commission report, which says farmers should be paid one-and-a-half times the cost of production and the Minimum Support Price should be fixed keeping this in mind.

While there is no likelihood of all farmers being allowed to proceed to the Assembly complex from Azad Maidan, a delegation of farmer leaders will be allowed to meet Chief Minister Devendra Fadnavis.

Schools to reopen for students of classes 1 to 5 in Karnataka, announcement soon