Mumbai: Amid the woes of customers hit by cash crunch, Vishwanath Vartak (73), a retired Public Works Department (PWD) employee, who was standing in a serpentine queue to exchange his old currency notes outside a bank in Mulund (east), collapsed and died on Friday afternoon.

The incident took place around 1.30 pm outside State Bank of India’s Navghar branch, Mulund (east). Vartak was standing in the long queue outside the bank along with hundreds of others distressed citizens to exchange his old Rs 500 and Rs 1,000 notes.

Mr Nitin Bhoir, a former Maharashtra Navnirman Sena worker, who was present at the spot when Vartak breathed his last, said that Vartak was standing in the queue along with others.

“He was inquiring about the process and suddenly he collapsed. When he fell down, people thought he suffered from a stroke, so they splashed some water on his face,” Mr Bhoir said. A local doctor rushed to the spot, who examined Vartak and declared him dead. 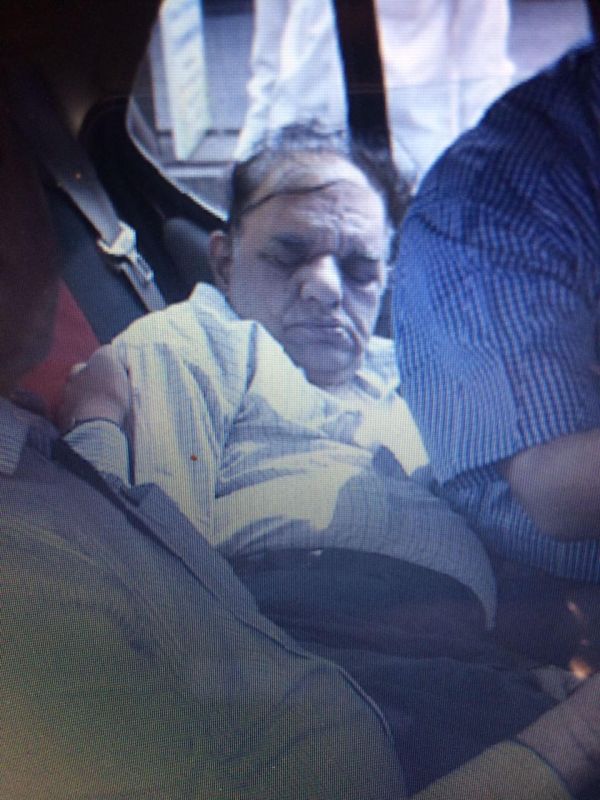 Vishwanath Vartak, a resident of Hariom Nagar, Mulund (E) died while he was standing in a queue outside an SBI bank in Mulund. (Photo: Deepak Kurkunde)

After the untoward incident, the SBI manager informed Vartak’s two sons about his demise. Vartak’s sons rushed him to the nearby Savarkar Hospital, where the doctors pronounced him dead on arrival.

After conducting a preliminary investigation, officials from the Mulund police station said that Vartak died a “natural death”. Hence, no FIR was registered in the case. Police said that as per initial reports, Vartak died of a heart attack.

Vartak’s death is likely to kick up a political storm, with Shiv Sena chief Uddhav Thackeray making a scathing attack on the BJP-led government saying “it’s betrayal of people’s trust.”

Mr Thackeray said, “The move has caused tremendous inconvenience to the people, who had elected the BJP government with trust. But the decision has been implemented without taking people into confidence. While it was taken for the benefit of common people, it is now proving to be a torture for them.”

Vartak, lived with his son and daughter-in-law at Hariom Nagar in Mulund East. When The Asian Age paid a visit to Vartak home, the bereaved family refused to meet. A police officer privy to the investigation said that Vartak suffered from high blood pressure and asthma.

Vartak’s body was sent to Rajawadi hospital, Ghatkopar (east) for autopsy. Sources from the forensic lab said that the primary cause of death is heart attack.  “We have sent the blood samples and viscera for forensic analysis,” said a source adding, “The final cause of death will be know only after the Kalina FSL issues a report.”

China steps back by 2 km at some posts along LAC