Addressing media after submitting his resignation Roy said, "Today, I am resigning from RS membership elected as a member of TMC, also resign from all posts of TMC as a primary member."

"With heavy heart and heavy pain, I am compelled to submit my resignation,"  Roy told media later on Wednesday. "Now, I will go for leaves and then decide my future course of action," he added. 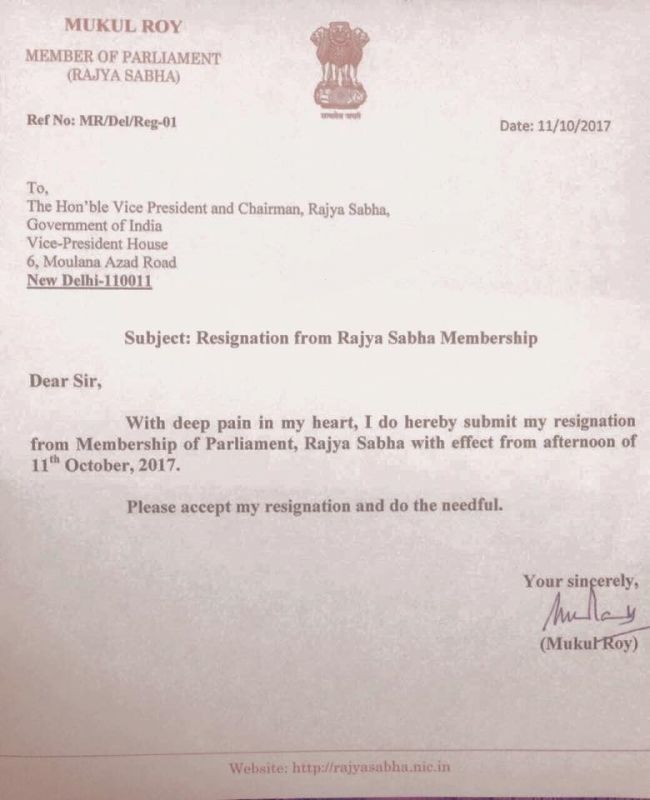 All should be "comrades in a party and not servants. But the one-man parties do not work like that," the leader, who was once the the right-hand man of Chief Minister Mamata Banerjee, said.

Speculation was rife in political circles that Roy will join the BJP or form a new political outfit.

"I am not saying I will join the BJP or I will not join (it). Only time will tell. Please wait for a few days," Roy had recently said.

Commenting on the speculation, TMC secretary general Partha Chatterjee earlier had stated, "His political career is going to plunge and will soon cease to exist. His attempts to please the BJP will not bear any results."

Once, the second-in-command in the TMC after Chief Minister Banerjee, Roy was suspended for six years for "anti-party activities" in September.

The TMC had accused him of hobnobbing with the BJP.

No N440K strain of coronavirus in Andhra Pradesh: Top official