Tony Freer with the rescued dogs

Bengaluru: In November 2016, a gaushala was taken on rent to provide shelter and help a woman, whose house that had some 40 dogs caught fire. That small plot of land in Hoskote now houses over 90 rescued dogs. These dogs are not healthy strays, but are disabled, blind, paraplegic or old. 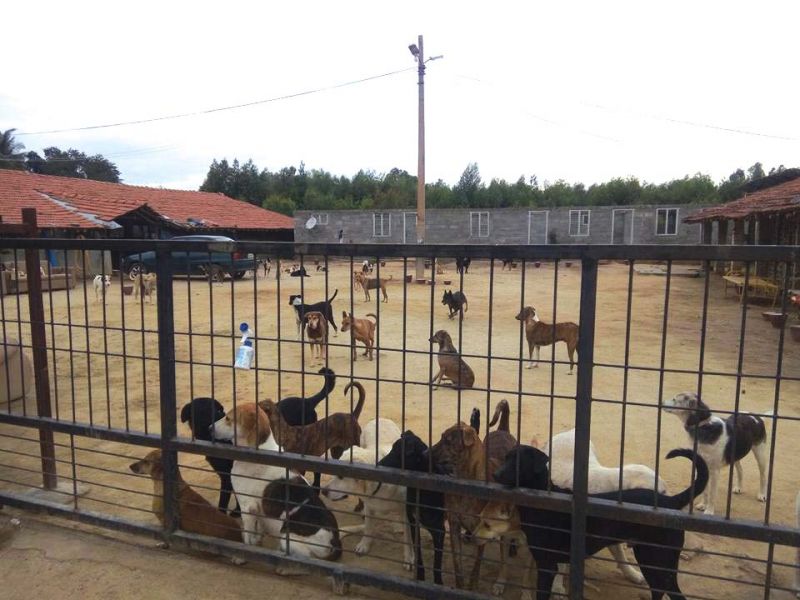 The Trust started working full swing with rescue and rehabilitation services from January this year. It was only last week that Tony rescued a stray drowning at a sump in the city. “I received a call and message, and I rushed to the spot to save it. A pit filled with sewage was open and this dog fell into it. People can be so irresponsible," he exclaims.

His work, however, did not start with the Trust, as he has been involved with rescuing and helping stray dogs for years now. “Now, I do focus on this full time," he says.

Toni along with other trustees, Syed Shilby, Sharan Murthy, Rachel John, Sanidhi V.J. and Gautm Bohra who are equally committed to the issue, works tirelessly to reach out to calls and messages for help from people.

“Getting rid of strays, because you think they are harmful and spread diseases is not the real solution. Scientific studies stress that we do need them for a balance in the environment. Also, they attack only if provoked," he says.

His team has a volunteer base of 3,000-4,000 people in the city and they help the team in rescuing and providing shelter, food or medical help to strays. “It is the best in Bengaluru, as more people are coming out, willing to help," he says.

Their Facebook group sees a lot of messages of help and requests for rescuing strays. “The group takes up abuse cases against animals. You can report any such issue and volunteer to inspect such cases as well. This group does not take up adoption or sale or any other such reports. It is exclusively inspection of abuse cases only," he explains.

In his journey of rescuing and helping animals, he has seen a number of cases abuse. “We have been encountering a lot of abuse cases lately, but none of the offenders are punished. We all know that an animal abuser has a very high chance of turning into a child abuser. Ensure that animal abuse cases are monitored," he warns.

He has been helped by fellow NGOs and groups in rescuing strays on numerous occasions. “If it was not for CUPA, Care, Krupa, Cartman Veterinary Clinic and Cessna Lifeline, I probably would not have been this confident in pursuing this dream of helping animals," he emphasises.

At present, his team is running two programmes where people can come forward and help in feeding the strays. “One is Rs 99 donation for an animal and a Rs 250 donation for a passive adoption of any dog at the shelter. Under passive adoption, one does not need to take the dog home. People can just pay and we look after the animal. We have received a lot of support for these programmes," he says.

He has bigger plans for animal welfare though. “Very soon, we are planning to start a 24-hour medical facility for strays and extending it to other pockets of the city," he says.