The police recovered mobile phones and two SIM cards from the accused, who created a fake account of Balkrishna (in white) on the social networking site and indulged in inappropriate conversations with the latter's followers. (Photo: File)

The police also recovered mobile phones and two SIM cards from the accused, who created a fake account of Balkrishna on the social networking site and indulged in inappropriate conversations with the latter's followers.

Soon after the arrest was made, Patanjali spokesperson SK Tijarawala claimed that a deliberate effort was being made to defame religious leaders, and called for stern action against the accused.

He also urged the police to consider the accused at par with a rape convict.

"What has happened is against the culture, religion, and values of Indian society, and an attempt to defame religious leaders by spreading false information about them. Accused in such cases should be given the same punishment as that given to those guilty of rape," he tweeted in Hindi. 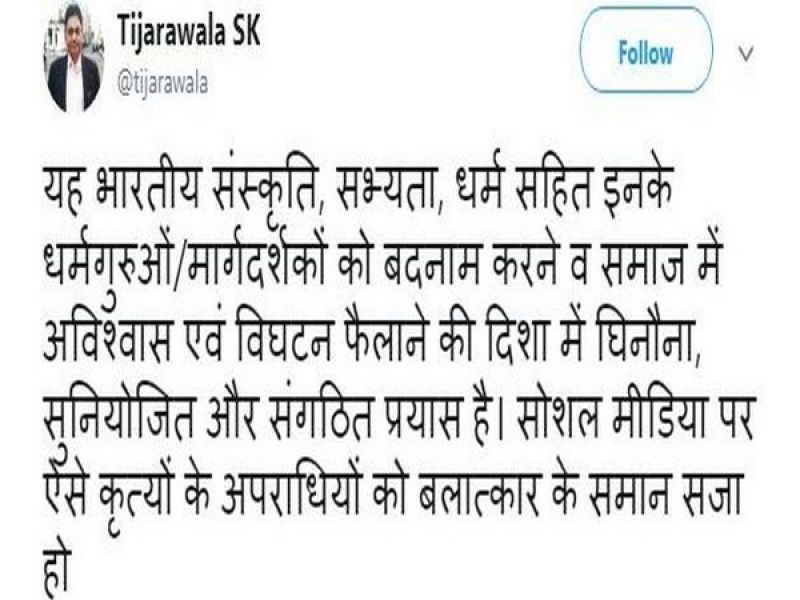 Tijarawala had earlier appealed to Prime Minister Narendra Modi to introduce a stern law to protect social media from becoming a weapon of sabotage.

This came after a morphed image of Yoga Guru Ramdev was posted in a WhatsApp group on International Yoga Day.