DECCAN CHRONICLE | Edited by : ANWESHA MITRA
Published Jul 11, 2018, 2:55 pm IST
Updated Jul 11, 2018, 5:19 pm IST
One of the victims repeatedly requested the people surrounding them for help but was ignored as onlookers took videos.

A picture of the incident showing an unidentified man clicking a selfie with one of the injured as his background. (Photo: ANI/Twitter)

Barmer (Rajasthan): Three people who met with a road accident, succumbed to injuries even as onlookers clicked pictures and selfies instead of helping them in Rajasthan's Barmer on Tuesday.

A picture of the incident shows an unidentified man clicking a selfie with one of the injured as his background.

Another image shows a small crowd gathered around the victims, but doing very little to help them. Instead, some of the onlookers took pictures and videos of the incident. 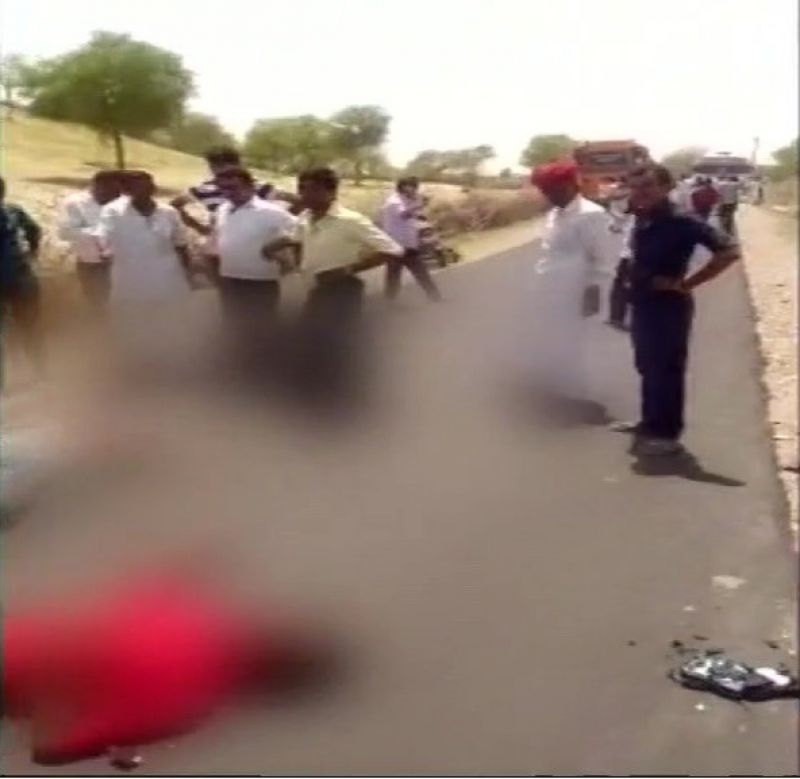 The three, identified by a Times of India report as Parmanand (27), Gemaram (30) and Chandaram (30), had been riding a motorbike when they were hit by a school bus near Chautahan.

Two of the victims died on the spot, while the third youth was lying in a pool of blood, screaming for help. The people surrounding him however, did not do anything to aid him, instead taking videos.

They were taken to the hospital when the police arrived but the man died en-route. Police said that had medical assistance been provided earlier, the man could have been saved.

Pictures of the incident have gone viral on social media and have met with severe criticism for the lack of empathy in the onlookers. Many also questioned the extremes the selfie trend has been taking us to.