DECCAN CHRONICLE. | Edited by : GARGI CHAUDHRY
Published May 11, 2019, 11:37 am IST
Updated May 11, 2019, 12:36 pm IST
A complaint was made by the Trinamool Congress leader Vibhas Hazra against the convenor of BJYM for allegedly sharing the picture.

Mumbai: Priyanka Sharma, a West Bengal BJP youth leader, has been arrested for posting a meme mocking West Bengal Chief Minister Mamata Banerjee on her Facebook timeline on May 9.

A complaint was made by the Trinamool Congress leader Vibhas Hazra against the convenor of Bharatiya Janata Yuva Morcha for allegedly sharing the picture. Sharma superimposed Mamata’s face on Priyanka Chopra’s MET Gala 2019 look. Later, she was arrested and produced in Howrah Court.. 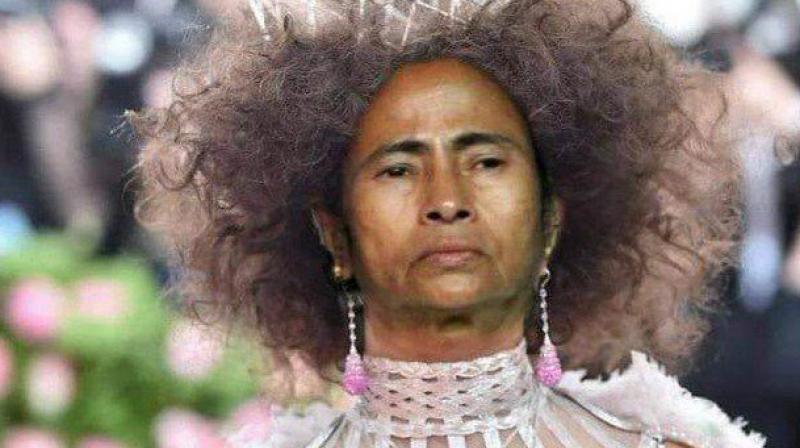 The complaint read: “This act broke the community guidelines and it was being viewed as an issue of violence. She not just tries to insult our Hon’ble Chief Minister, but she trying to insult the culture of our Bengal by her post on Facebook and which is Cyber Crime.” 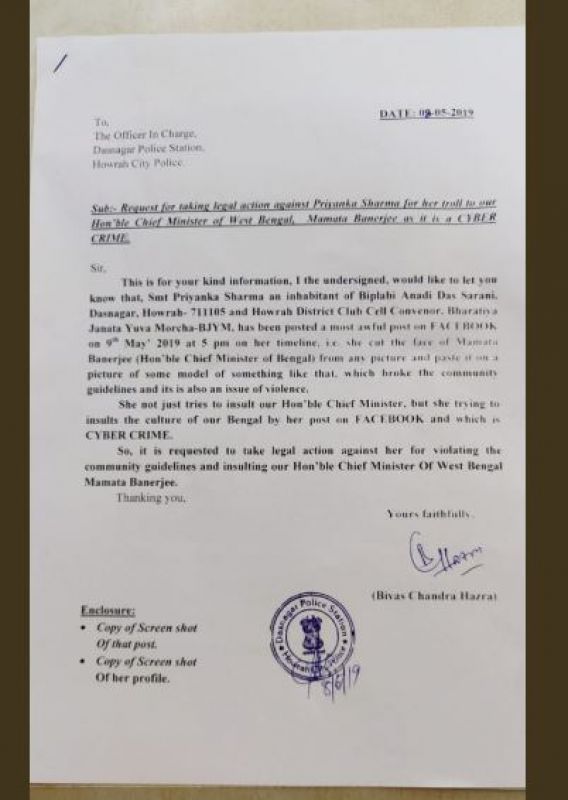 No bail for Navlakha, house arrest is an option: Supreme Court