The minister also asked the Indian Embassy to take up the matter with Amazon Canada.

New Delhi: Taking strong exception to Amazon Canada selling doormats depicting Indian flag, External Affairs Minister Sushma Swaraj on Wednesday asked the e-retailer to withdraw the products and tender an unconditional apology, failing which no official of Amazon will be granted Indian visa and the ones issued earlier will also be rescinded.

The minister also asked the Indian Embassy to take up the matter with Amazon Canada. 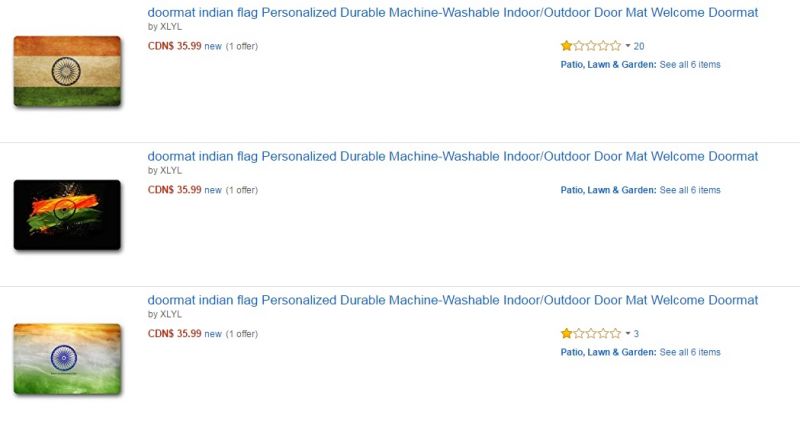 "Indian High Commission in Canada: This is unacceptable. Please take this up with Amazon at the highest level.”

"Amazon must tender unconditional apology. They must withdraw all products insulting our national flag immediately.”

"If this is not done forthwith, we will not grant Indian Visa to any Amazon official. We will also rescind the Visas issued earlier," Swaraj said in a series of tweets after she received a complaint on Twitter.

"@SushmaSwaraj Madam. Amazon Canada must be censured and warned not to sell India flag doormats. Please take action," tweeted Atul Bhobe, who also posted a screenshot of the products. 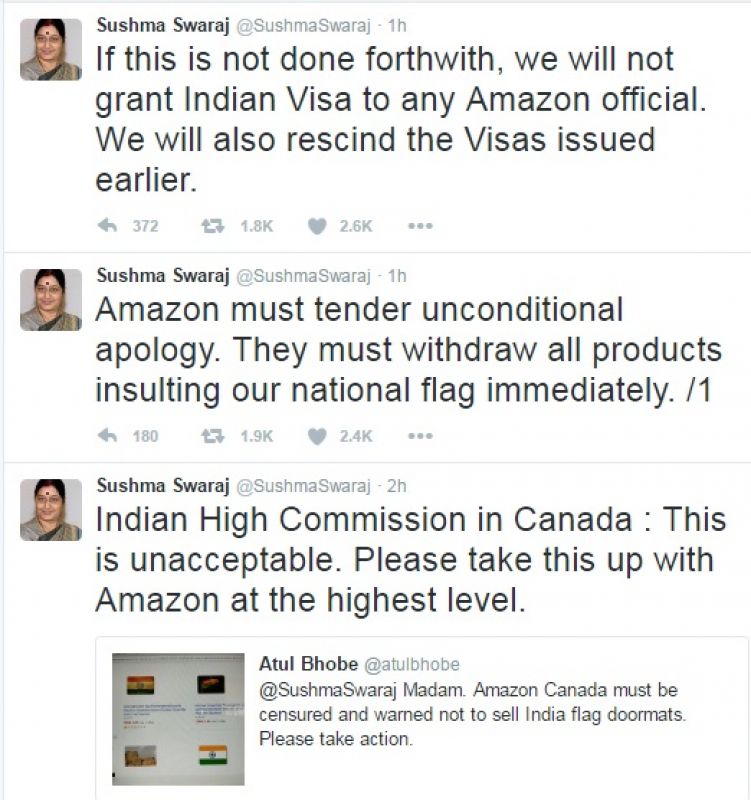 Bypolls to 2 Assembly constituencies in Karnataka on October 30